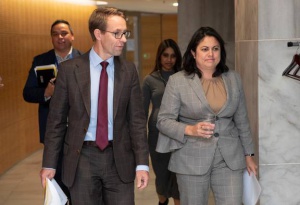 Hate to sound “fearful” and “inward”in my thinking, but it seems Covid can’t be beaten simply by a dose of positive thinking and a “can do” Kiwi attitude. The virus doesn’t seem to respect our mindset. The Omicron BA. 4 and BA.5 variants also don’t seem to respect the mRNA vaccines much either, or the natural antibodies created by our prior infections. As a result, the newly dominant variants are causing a surge in caseloads all around the world.

The extent of that caseload surge is alarming. On Wednesday, New Zealand had 10,320 new cases and 34 deaths, with 744 people in hospital and 17 of them in ICU. These numbers are almost a carbon copy of the figures from the previous day. As the outgoing MoH CEO Dr Ashley Bloomfield said on Tuesday, “Our hospitalisation rate for the week to 17 July increased by 28 percent, so that’s quite a significant increase.”

Indeed it is. (Keep in mind that the above figures capture only the reported cases). In recent weeks, Australia has been making the same rocky transition as we have from a pandemic – where the government makes the key decisions to protect the community – to a situation where the virus is treated as endemic, and people are largely left to keep themselves safe as best they can. In line with that shift, the central government has recently made booster shots and antiviral pills more readily available, while wishing you the very best of luck. To all intents, we’re on our own now. Living with Covid can be a lonely business.

Here’s what’s the outcome of that approach has been during the past week in Australia:

Obviously, the Omicron surges are causing heartbreak to many families. The new variants are not only creating more infections and re-infections. People seem to be getting sicker, and are having to stay in hospital for longer – thereby putting even more strain on the health system. That’s the paradox. Just as Covid gets more dangerous, why are governments (here and elsewhere) taking a more “hands off” approach than they did during the early stages of the pandemic ? One simple reason is that the ability of central governments to fund the measures known to protect the public and keep the economy ticking over – e.g. the wage and business supports that made lockdowns feasible – have been exhausted. Or so Finance Ministers have decided.

Moreover, the rules that we know would protect people from the disease have become deeply unpopular with the general public. People are now more likely to blame – not reward – governments if they dared to enforce the rules likely to improve their safety and/or survival chances. Essentially, it has become socially tolerable to accept that more people will die than to suffer the personal inconvenience of wearing masks inside, all of the time. (With luck, the people who will die as a result will not be friends or family.)

Reportedly, the BA 4 and BA 5 subvariants seem to be four times more resistant (at least) to the antibodies present in individuals who have received mRNA vaccines. The vaccines we have – remember- were devised to counter the early versions of the virus, and they predate even the initial BA.1 version of Omicron that was first detected last November. Since then, the virus has evolved in ways that are much, much better at bypassing the body’s immune system. Moreover, thanks to a process called “immune imprinting” the body’s natural immunity can also get locked into creating antibodies fit for fighting the earlier versions of Covid, but far less suitable for combatting the new targets. (So much for our early dreams of achieving herd immunity.)

In short, the disease has raced ahead of us, creating gaps between the virus and the defences offered by vaccines and natural antibodies. Even so, while the vaccines are proving ever less capable of preventing infection, they still significantly reduce the likelihood of serious illness, hospitalisation and death – although as mentioned, even that capacity appears to be being eroded by the new Omicron variants.

So where are the new vaccines? Supposedly, these new mRNA vaccines created by Moderna and Pfizer could be tweaked with relative ease to target the cell-attaching spike arrays of the new sub-variants. In doing so, the tweaking could even – reportedly – tell the body not to produce the whole array of antibodies that the vaccine used to be so good at marshalling, thus reducing the risk of immune imprinting. The mRNA vaccines were alleged to be targetable at the particular foibles of the newly dominant variants.

Progress though, seems to be slow. Moderna says it will have its Omicron vaccine ready by next month. However, New Zealand relies on Pfizer, and the latest Pfizer press release has reported “promising” test results for its tweaked Omicron-sensitive vaccine. Pfizer says it is discussing the data with regulators with a “goal” of rapidly introducing an adapted booster to address the current and future variants. Unfortunately, Pfizer also says this:

Preliminary laboratory studies demonstrate both Omicron-adapted candidates neutralize Omicron BA.4 and BA.5 though to a lesser extent than they do for BA.1

In other words… Although the tweaked Pfizer version won’t arrive here for some time (early next year?) it is already running behind the pace at which the virus is mutating.

At two and a half years into the pandemic, the anti-vaxx sentiments seem to be pretty much unchanged. However, the attitudes to Covid among the wider population have evolved almost as much as the virus itself has mutated. As Bloomberg News recently pointed out, the initial hope in early 2020 was that maybe the virus could be avoided altogether by a rigorous combination of diligent handwashing, mask-wearing, social distancing. and (if possible) working from home. That attitude shifted last year to a more fatalistic sense that sooner or later, the virus would probably come knocking on the door.

This year though, the realisation has begun to sink in that the Covid threat may not be a one time, done-and-dusted experience. As Bloomberg News also put it, Covid is now being seen as “a persistent health hazard that can infect people multiple times, each time inflicting cumulative damage and increasing the odds of long-duration symptoms.” In short:

The emerging scientific evidence on re-infection indicates a potential for cumulative harm – to the heart and brain in particular – from successive infections.

So… The optimism that Omicron might be just one of those “well, that wasn’t so bad” experiences may have been misplaced. Living with Covid looks like it is going to resemble living in a war zone. And if we’re unlucky, as the walking wounded.

Footnote One: The condition called “ long Covid” is still dimly understood, but its incidence and severity seems to be rising again with the re-infections, and with the new infections caused by the recent Omicron variants. Overall though, vaccination has sharply reduced the ratio of people getting long-Covid which has declined from the 20-30% incidence rates reported in 2020 before vaccines were available, to the roughly 5% rate commonly being found in current studies.

The battle will be to keep it at that level. As yet, the health system – let alone our workplace laws and sick leave regulations – have not taken on board what “living with long Covid” will mean for all of us.

Footnote Two: Is it too early for Big Government and the Team of Five Million to mount a comeback? In some Australian states at least, the case for mandatory mask wearing in some settings seems to be back on the table.

The dope on Nope

Jordan Peele’s new movie Nope reaches American movie theatres tomorrow, and it will start screening in New Zealand on 11 August. Peele’s 2017 breakthrough film Get Out managed to be both a genuinely chilling horror movie and a terrific satire of Obama-era liberalism. From the two trailers released thus far, Nope looks like an alien visitation movie set in a black rural community. We shall see.

For background: Steve Wonder was 12 years old at the time this track was recorded. Signed by Motown a year earlier, he had been mis-packaged as a retro jazz and blues prodigy, and “Fingertips” itself had first seen daylight as a dull instrumental vamp on Little Stevie’s debut album. By the time the Motortown Review hit Chicago’s Regal Theatre though, Wonder had improvised the song out of all recognisable shape.

Even then, Motown tried to screw things up by cutting the live version of“Fingertips” in half, and they put “Part Two” out as the B-side, but deejays flipped the record over. As a result, listeners got dropped into the song right in the middle of a feverish call and response. Nearly 60 years later, the track still has to be one of the loudest, most abrasive and thrilling singles ever to reach number one in the United States. Like many other records, it was deemed to be a bit too wild for airplay on NZ radio at the time.

Famously, the song starts to end after only about two minutes in, as the MC tries to hustle Wonder off stage while the backing bands changed over for Mary Wells, the next act in the Revue. But Wonder wasn’t done yet and he starts to improvise the “goodbye, goodbye” climax to the song. Joe Swift, the bass player for Wells, has just arrived on stage, and he can be clearly heard at 2.23 yelling “What key? What key?” as he tries his best to fill in. By this point though, the only real support for Wonder’s voice is coming from the drummer, a young Motown recruit called Marvin Gaye.

Anyway, hold onto your hats if this is your first encounter with Little Stevie Wonder’s breakthrough record. Much as there is to love about Wonder’s 1970s recordings, the trio of great 1960s singles -“Fingertips (Part Two)” “Uptight” and “I Was Made To Love Her” – are IMO, peak Stevie Wonder. Nice to think that Jordan Peele must love this song just as much.

Nope’s trailer kicks off with the 1878 Muybridge footage that proved central to the birth of modern photography, and of cinema itself. The Muybridge story is told briefly here. And here’s the first Nope trailer :