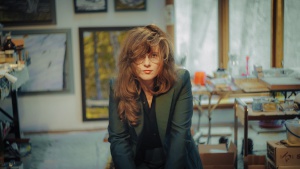 Given how the pandemic has disrupted the sporting calendar, no-one would begrudge our elite athletes their chance to compete at international level. What with the war in Ukraine and the cost of living, there are also not many ‘good news” stories out there. So… I suppose the strenuous efforts the media is currently making to whip us all up into a nationalist frenzy over the exploits of our athletes in Birmingham are maybe not quite as obnoxious as they otherwise could be.

And yet… And yet… There’s no getting away from the fact that these are still the Commonwealth Games. The Commonwealth Games, the Empire Games, the British Empire. In our schools, New Zealand happens to be belatedly going through the process of re-writing the educational syllabus to better acknowledge the ways our colonial history has shaped this country, in ways good and bad. Until now, the negative aspects of colonial contact have been almost entirely swept under the carpet, and National and the ACT Party would certainly like things to stay that way. That aside, this process of re-evaluating our bicultural history makes the headlong jubilation about the Commonwealth Games not only feel a bit retro, but politically tone deaf. A few years ago, John Oliver spoke for many of us when he wondered how the Commonwealth Games could still be a thing.

It is not as if our elite athletes are lacking in opportunities to compete on the world stage. The Olympics, the World Athletic Championships, the various World Cups for male and female athletes in various sporting codes etc etc… No doubt, New Zealand will win a bigger haul of medals in Birmingham than we normally do at truly international events like the Olympics. Again, that’s not an accident. The exploits of Jamaican sprinters and Kenyan distance runners aside, the medal table at Birmingham will be dominated by the richer Commonwealth nations – England, Australia, Canada, New Zealand etc – that can afford to pour large amounts of money into elite sport. To that extent, the medal hauls in Birmingham will be something of a mirror for the impact that colonisation has had on the relative wealth of the nations taking part.

In brief, the Commonwealth Games have a dodgy past and – as the $2 Shop of international sport – they face an uncertain future. No doubt, major corporations will welcome any chance to use sports-based nationalism to deliver audiences to advertisers. Unfortunately, there has also been some talk already of throwing millions of taxpayer dollars behind a New Zealand bid to host the Commonwealth Games in future. That would be an insane misuse of public money.

Weirdly… The more that sports (e.g. rugby) claim to be professional, the more money they demand in public subsidies to build their facilities, underwrite their competitions, and develop their top talent. Not many other firms have their entire infrastructure and running costs paid for by someone else to the extent enjoyed by the NZRFU. This foible has culminated in the diversion of taxpayer/ratepayer funds from more pressing social needs, in order to build the stadiums in which the rites of an allegedly professional sport can be performed. On that score, the Commonwealth Games may be one of the less toxic ways in which our religious commitment to sport gets to play itself out. That doesn’t mean we have to like them.

On Fridays, this column tries to leaven the politics with a playlist of recently released tracks. (“Recent,” because of a personal aversion to using music as a nostalgia device.) Since music tastes have become atomised, the playlist format can be a useful way of sampling across genres. Every now and then though, an artist emerges with a body of work worth more than random tracks, which is why today’s column is meant to be a showcase for the music of S.G. Goodman.

Goodman is a singer/writer raised in rural Hickman, Kentucky, before she re-located to the urban hub of Murray (pop, 20,000) a college town that’s still only the 19th biggest town in the state. Her debut album Old Time Feeling was released in 2020 to critical praise and a profile in Rolling Stone, but the impact was quickly blunted by the arrival of the pandemic.(She couldn’t tour behind the album.)

Both Old Time Feeling and this year’s Teeth Marks follow-up span the range from mountain music to Southern rock to mainstream Nashville to the likes of the Velvet Underground and Pavement. Yet as nearly every smitten critic has mentioned, Goodman has managed to integrate those diverse influences into a literate and melodic whole entirely her own. Her range is incredible. The centre-piece of Teeth Marks for instance offers two utterly different pieces of the same puzzle: the Skynyrd-ish “If You Were Someone I Loved” is followed by an a capella song called “You Were Someone I Loved” that keens like an Appalachian lament. Both songs deal with the impact of the opioid crisis on rural America, from different POVs.

I’m not going to try and explain much about her upbringing. It included growing up a farmer’s daughter in a small Southern town, with childhood attendance at Baptist church services two or three times a week and a musical family background dominated by the legacy (Patsy Cline, Randy Travis etc) of a Nashville music industry less than 200 kilometres away from Hickman, down KY 80 and the I-4 interstate. Suffice to say it left an imprint that’s now being re-shaped by the music she’s currently making as a 34 year old gay woman who still lives in the same rural part of western Kentucky that she grew up in.

Earlier this year, the novelist Silas House wrote a profile of Goodman for the Bitter Southerner magazine, and that article covers the personal and cultural bases in ways I wouldn’t dare try to emulate. House beautifully evokes Goodman, and the forms that her Southern heritage now takes. Thanks to the wonders of the Internet, there are also a couple of useful articles about Goodman in her adopted hometown newspaper, the Murray Ledger.

This article for instance, talks about her organising a virtual music festival in support of voter registration in Kentucky, a festival in which she backgrounded the bloody history of the mining union battles in Harlan County. As she told the Murray Ledger a couple of years ago:

“Being from such a small rural town, passing time by listening to the radio, makes up a large part of my earliest memories. As far as when it was that I knew I wanted to be a songwriter, it’s hard to say. I started writing at such a young age, It’s hard to know when that pastime became a part of my identity and what I wanted for my future.”

Early on, she was part of a fluid ensemble called the Savage Radley :

“Early on, the line-up consisted of just myself and my drummer, Stephen Montgomery, (it) would let me leave right after our set so I could get some sleep before work started at 6 a.m. We have never been a band that does a lot of covers, so it was a long time before we had enough original material to headline a show. I don’t regret that. We had one goal, which was if we could make any space we played go silent for a moment, we knew we were doing something right. Starting out playing in dives and small rooms where you are background noise is a great way to see if you can command a room.”

For starters, here is the opening track “Space and Time” from her debut album. Reportedly, the lyric originated in a suicide note she wrote in a dark period during her teens. The song’s oceanic sense of longing reminds me of Elmore James, and his equally impassioned “It Hurts Me Too.” …Not to mention how it also evokes that tumbling mid-section vocal passage that Adrianne Lenker plucked out of thin air on Big Thief’s early track” Mary.

For something totally different from the new album, here’s “Work Until I Die”, in which Goodman likens the modern work ethic to a corrosive form of religion. The laconic lyrics unfold against the backdrop of an assembly line rhythm:

Oh, bless this food to our bodies/And our bodies to your service/ In the company’s holy name/Amen.

Last month on Stereogum, Goodman provided a brilliantly articulate breakdown of each track from the Teeth Marks album. You can access it here.

She co-wrote “Work Until I Die” with Matt Rowan:

We’re from the generation where we’re in a ton of college debt. Before I was signed, I was a musician but I was also a landscaper. We’ve worked in factories and different kinds of jobs. We’ve seen each other grow and be under different kinds of strains that the average American is under right now, especially people our age. When he said he’d be open to letting me put this on the record, I worked to tying it into where I could see the song going and its bigger message about workers’ rights.

Even more than that:

Right now, it’s an interesting time… There are more unions being formed now than there have been in years. It’s a different situation when it comes to the price of living and how many people are renting compared to owning, compared to when unions were forming after the Depression and things like that…..Initially, the subject was very aware of their situation, but also having to go back to it. There’s not really a solution, necessarily, in the song. But I think there is power when people first start acknowledging their situation, especially when it comes to the hours you’re spending with your body for another person’s profit.

And… Finally, a couple of other examples. The “Dead Soldiers” track deals with the impact of alcoholism personally and on those in the vicinity of addiction: “The slurred calls after midnight/met by a voice of someone who loves you…” As she said to Stereogum:

Alcoholism is all over this song, but I wanted to find a different way to talk about it. “Dead soldiers” is a really evocative imagery and it sent me on a path of describing addiction as it is, when you’re at war with yourself and other people are casualties by proxy or there’s a lot of damage done around you in your war zone.

The new album is called Teeth Marks for a reason. Many of these songs have to do with the scars that experience leaves upon us, for better and for worse. The lyrics of the folk-oriented title track makes that explicit, with an opening verse that references a lover biting the singer’s arm as they leave the bed. A little souvenir no less, as we proceed along our separate paths:

As the Stereogum interview points out, the final track on Teeth Marks functions almost like an answer song to the passionate despair that brought “Space and Time” into existence. I guess another reason to appreciate what Goodman is doing. Behind the acute observation, there’s an optimism – or at least an intelligent resilience – to much of her music. And some of it finally, is just flat out beautiful, like this restlessly lovely track from the debut album: