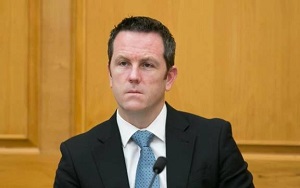 Despite Christopher Luxon’s assurances to the contrary, there is no such thing as “settled law” in New Zealand. Apart from the six provisions that are constitutionally entrenched, legislation can always be amended or overturned by a simple majority vote within our single chamber of Parliament.

Luxon’s repeated use of the term “settled law” has been particularly tone deaf, given that several of the US Supreme Court justices used that very same term during their confirmation hearings – in order to mislead the American public that they wouldn’t ever use their power to overturn Roe v Wade. That was said to be “settled law” too. (Brett Kavanaugh also described himself to Senator Susan Collins as a “don’t-rock-the-boat kind of judge.”)

In any case, the real concern is not about whether National would mount a direct assault on our current abortion laws. In the US, the final overthrow of Roe v Wade was preceded by two decades of a gradual regulatory whittling away of access to abortion. Similarly, a National government could either pass regulations to narrow the access to abortion or – just as effectively – choose not to address the relatively limited access to abortion services among Maori, those on low incomes, and those living in rural areas.

As with Roe v Wade, the 2020 abortion law could nominally remain on the books, while being undermined by acts of omission and commission. For a good example of the measures potentially at risk: eight months after the 2020 de-criminalisation law was passed, a Ministry of Health survey found that serious social and geographical discrepancies still remained in women’s access to abortion:

….In some parts of New Zealand early medical abortions – where two pills are taken to induce a miscarriage within the first nine weeks of pregnancy – are not locally available at all. It also found significant differences in later gestation abortion services offered across DHBs, meaning it’s harder for some people to access the procedure because of where they live.

In response, associate Health Minister Ayesha Verrall changed the regulations last October so as to enable nurses and GPs to dispense abortion pills, and – to help ensure that the pills could be safely self-administered at home within the first ten weeks of pregnancy – she also scrapped the need for a mandatory ultrasound check on gestational age.

The real questions for Luxon are not about whether he would change the law. He should be being asked whether he believes abortion to be an essential health service – and if so, what steps would a National government be taking to improve and expand the access to it by all women in this country. Will Luxon promise not to (a) re-instate the mandatory ultrasound checks on gestational age, and (b) assure voters that a National government will not revoke the ability of nurses and GPs to dispense abortion pills?

So far, Luxon has said only that the 2020 law would not be revisited, and has said nothing at all about the survival chances of the measures taken subsequently by the Ardern government to enhance the access to abortion. The reality for women voters is that their access to abortion would be far better protected (and would be more likely to be improved) if National is not elected to power.

“One of the things that annoys me as a student of philosophy, and as a parliamentarian, is inconsistency….if, at any time, the public can see inconsistency, they know that something wrong is happening! ” – Simon O’Connor MP, in Parliament May 13, 2020.

Like a suitcase that won’t shut properly, the National Party stance on abortion keeps defying Christopher Luxon’s best efforts to get it locked away in the overhead compartment. The problem is not merely that Simon O’Connor tweeted his elation at the scrapping of Roe v Wade, or that his fellow National MP Simeon Brown “liked” it in the brief interval before O’Connor realised/got told that it could cost National votes if the Twitter evidence of his views was not wiped from the public record immediately.

O’Connor has form on this subject. Back in 2020, he expressed his dismay at the de-criminalisation of abortion by ending his speech in the House with the warning (uttered both in Latin and in translation!) that divine retribution would surely one day rain down upon his parliamentary colleagues for voting to liberalise access to abortion: “Vengeance is mine,” O’Connor concluded darkly, “ saith the Lord. ”

O’Connor and Simeon Brown could be written off as the wackos that exist, as deputy leader Nicola Willis put it, within the party’s “broad tent.” (Sure, some of us are religious crazies but hey, that only proves we’re a representative democracy, right?) Nice try. However, Willis isn’t a credible voice for her party on this issue, given how many of her caucus voted in 2020 – as a matter of conscience – that abortion should still be treated as a crime, and that a woman’s ability to decide for herself when to procreate should be limited accordingly.

That’s a tough sell to voters, who regularly tell pollsters they are heavily in favour of ready access to abortion. Luxon has a hard enough job being a convincing advocate for the stuff he actually believes in – like tax cuts for the rich, and spending cuts to social services –before he tries to sell the public on a moderate stance on abortion that he is known to privately abhor. (Surely, that has to be the sort of thing Simon O’Connor would count as an inconsistency.)

After all… And starting at around 4 minutes into this December 2021 interview, Luxon (a) agreed that abortion is “tantamount to murder” and (b) refused to answer a question about whether he thought abortion should be allowed for victims made pregnant by rape or incest. This man is not a social liberal.

Footnote One: Apparently, access to abortion is not something the National caucus regards as being important. In yesterday’s mea culpa to his colleagues O’Connor said that his offensive tweet “had caused distress and trouble for the party, that just wants to focus on big issues.” Women voters, take note. Abortion rights = no big deal. Blokes got more important things to talk about.

Footnote Two: If National regards abortion as a side issue, why is it so keen to be seen as tough on crime, but soft on abortion – which, to repeat, the majority of its caucus still think is a crime. (Not just a drive by shooting either, but a crime that’s tantamount to murder.) This contradiction has nothing to do with any new found regard by National for the health and bodily autonomy of women. It is entirely to do with the genderised voting gap in politics.

Traditionally – well, at least since the time of Helen Clark – women voters have voted centre-left on social policy, while men have been more motivated (by tough economic messaging) to vote centre-right. Luxon is widely seen as a John Key protégé, but he has actually been promoting far more overtly right wing socio-economic policies than Key, while using dismissive language for the poor (“bottom feeders”) that Key would never have countenanced in public. Remember how Key reached out to those on Struggle Street? Luxon, not so much.

Sure, some of Luxon’s hardline messaging this year may have been designed to woo back the centre-right male voters who had strayed off to the Act Party. Regardless, being seen to hold reactionary views on abortion is the last thing National needs as it tries to make its Stone Age views on the economy more palatable to the majority of women. Any meaningful tax cut package will have to be funded by cuts to social services. Women voters are likely to be the first to recoil.

That’s why abortion is being treated as such a perception risk for National. It threatens to be a reality check for women voters about what a National government would actually deliver i.e. not merely another round of austere economic policies, but a raft of reactionary social policies to boot.

Footnote Three: The voting gender gap is one thing. National‘s other dilemma on abortion is that it doesn’t want to alienate its Christian base before the election, but it also can’t risk looking to the general public as of it is captive to the Christian right. Answer: shut down the issue ASAP. Try to look as if you’re merely the steward of the status quo. Until such time as you can achieve the power to be otherwise.