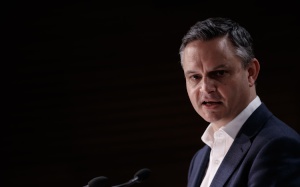 Clearly, the attempt to take the politics out of climate change has itself been a political decision, and one meant to remove much of the heat from the global warming issue before next year’s election. What we got from yesterday’s $2.9 billion Emissions Reduction Plan was a largely aspirational multi-party commitment to the direction of policy on climate change.

Yet in the name of protecting Parliament’s sovereignty, none of the details, and nothing about the substance of the timetable for change will be binding on future governments.

While Labour and National have both committed to the emissions budgets, National has reserved the right to disagree on the appropriate responses set out by today’s Emissions Reduction Plan.

The proposals for change will kick in – if at all – in only five, ten or 15 years. To repeat: the tightening caps and rising costs imposed on emissions in the budgets envisaged may well be relaxed by future administrations, should the polluters affected manage to protest loudly enough.) Endangered species should not be holding their breath.

Even the details rang somewhat hollow. For example: yes, there will be a fund to help low and middle income households cope with the cost of shifting from petrol and diesel driven vehicles in future, but – more significantly – the plan does not ban the imports of such vehicles beyond 2025. Congestion charging to reduce the presence of such vehicles on the country’s roads has also been postponed.

Meanwhile, the taxes on the low and middle income households that are being helped to buy EVs (when they next buy a new car) will continue to subsidise the emissions created by the activities of farmers, who are not being required to pay a cent towards the cost of transition.

That’s a problem. As the glaciers melt and the sea levels rise, and as the scientists (and UN) urge governments to take urgent and meaningful action, our main polluter – farming – has been given a free pass to proceed with pollution as usual. Agriculture will continue to be omitted from the Emissions Trading Scheme, which supposedly will still be our main instrument for reducing harmful emissions.

Even then, the carbon offsets central to the ETS will kick the can down the road by enabling business as usual to be maintained, in return for planting trees somewhere else. Even that “solution” assumes that a future centre-right government won’t reduce the incentives for forestry, and make the land earmarked for tree planting available for further intensive dairying.

A lot of faith – and a further ton of funding – has been put into science’s ability to find a fix for agriculture-generated emissions, assuming such solutions can ever be found on a scale comparable to the size of the problem. Even if miracle cures for methane can eventually be found, it will take time – decades that we don’t have – for the scientific findings to be commercialised, and put into effective action.

For example: after a decade of massive funding, the Greenhouse Gas Research Centre advances on herd genetics, methane reducing feed etc seems likely to reduce our methane emissions ( over time, and at best) by only an estimated 5-10%. There is no reason to think the new dollop of Agri-Tech research funding will do any better, any faster. Nice to see the research being funded, though.

That faith – research and hope – is reflective of the general problem with the plan. Beyond the soaring rhetoric and the (largely) aspirational strategies contained in the 354 page document, drastic and immediate actions were needed, and they could have been taken overnight. However, all of those actions seemed to be too politically fraught for this government to contemplate, and no future centre-right government headed by Christopher Luxon appears likely to bother even going through the motions of contemplation.

It seems obvious that this country has too many cows and sheep for its environment to safely sustain. There could (and should) be mandatory reductions in herd sizes. Yes, that would impose a cost on farmers, and on the country as a whole. Arguably though, New Zealand’s main polluters have to be made to realise they cannot continue to expect sacrifices from everyone but themselves. And if the country has let itself become addicted to the income stream from polluting industries then that too, has to change. As Greenpeace NZ CEO Russel Norman pointed out on Monday on the eve of the plan’s release:

“We significantly need to move from this industrial agriculture model to a regenerative organic one which has much lower intensity, you’re not going to have 6 million dairy cows with that model,”

“So unless the plan has significant reductions in agricultural and dairy emissions, which means [phasing out] synthetic nitrogen fertiliser, it means lowering the herd, if the plan doesn’t have that, it’s not really a credible plan.”

Moving right along… Coal exploration could have been banned overnight, in the same way as oil and gas exploration was halted. (Yet the education part of the plan doesn’t envisage phasing out coal-fired boilers in schools until 2037.) As mentioned, there is no compulsory timetable to prevent the further importing of petrol and diesel reliant vehicles. Similarly, there are no changes to the codes for new buildings to make it mandatory to install solar panels and EV charging stations etc etc. More money for cycleways, though. And plenty more opportunities for self-regulation by polluting industries. That always works.

Briefly, there was a hope that the dramatic response to the pandemic – the lockdowns, the vaccine mandates, the compulsory mask wearing – might carry over with the same urgency into the nation’s response to climate change. Plainly, it hasn’t. Even on its own limited political terms, yesterday’s 354 page exercise will have spent nearly $3 billion – over half of the $4.5 billion Climate Change Emergency Fund – on an exercise that will leave few voters feeling satisfied, let alone inspired.

Quite the reverse. Rural/provincial New Zealand will still feel picked on regardless. In the cities, the points of difference on climate change that are proving to be so important in this week’s election campaign in Australia have been sanded away by a multi-party “commitment” that offers little in the way of major, timely or enduring environmental gains. Instead, the Emissions Reduction Plan looks more like a Political Risk Reduction Scheme.

For Labour, this nebulous plan is the environmental equivalent of backing off from a meaningful capital gains tax, or a wealth tax. For National, it looks like a similar exercise in political neutralisation of any blue-green dissenters within its own ranks, while still serving the wider goal of depicting the government as being all talk, and no action.

Chances are, lower and middle income voters will continue to feel more concerned about being able to pay the rent and meet the costs at the supermarket checkout. Not many appear likely to be cockahoop about being helped to buy an EV next time, if and when they can ever afford to upgrade from the old petrol guzzler in the backyard.

And for the Greens after their long, long march to political relevance… What a letdown. As RNZ said this morning, co-leader James Shaw may have unveiled the Emissions Reduction Plan with a triumphant cry of “This is It!” Yet even the Greens party faithful are more likely to be responding with a dismayed sense of “ Is this it?”