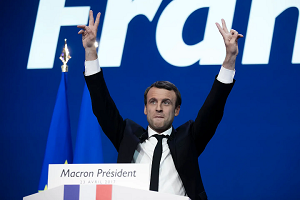 One word has largely been missing from the coverage of the MoH advice about MIQ: Omicron. The relevant memo was written in November. It was referring to the Delta outbreak and to the relative incidence of the Delta variant in the community as opposed to it coming over the border, given the high numbers or double-vaxxed travellers.

The flawed assumption behind the “it took four months until MIQ requirements began to be phased out” is that MIQ facilities could have been closed overnight. They couldn’t have been, and – as it turned out – they shouldn’t have been. Even last November, MOH director-general Ashley Bloomfield’s response was not advocating overnight closure. Bloomfield talked instead about “creating a plan for making self-isolation the default setting for returnees.”

Yet, more importantly, something else happened in November: the Omicron variant was detected. It quickly became clear that (a) this variant was far more transmissible, and (b) that double vaccination offered a far less effective safeguard against infection. ( It was as low as 23% in one study.) So the argument by National Covid spokesman Chris Bishop that since returnees were double-vaxxed they posed no threat of infection, has always been specious.

In other words, November 2021 saw the dawning of a fresh set of incentives to intercept Omicron at the border, and to limit its spread as best we could.That is, until such time as a widespread booster programme could be ramped up – since that offered a higher safeguard against infection, and against subsequent hospitalisation and death. Precisely because we still had MIQ in place, New Zealand did not get its first case of Omicron until mid-December – considerably after Australia, which had thrown open its borders.

New Zealand had gradually phased in the emergence from lockdown in December, as summer travel commenced. This sensibly gave us the ability to test the capacity of the health system to cope with a widely expected surge. At much the same time, the government ramped up the booster campaign in January, as the first cases of community transmission of the Omicron variant occurred here. In short, the government managed the process in a way that has enabled the reduction of MIQ requirements to proceed, as the last step in the move to the self-isolation regime that Bloomfield had advocated.

To assume that none of the intervening steps were necessary seems wilfully short-sighted, given the fresh threat posed by the Omicron threat not envisaged by the MoH memo. Thanks to how the pandemic has been managed, New Zealand has had the lowest per capita death rate from Covid in the developed world. To claim, as Bishop continues to do, that these outcomes merit a Royal Commission of Inquiry is a ludicrous exercise in fake news: a success that’s been the envy of the rest of the world is being systematically presented as a failure. That’s politics: Repeat an untruth often enough, and it will gain adherents.

In sum, the MoH memo seems a non-event. It was superseded by events in November 2021, let alone by what we have learned since about Omicron. Plainly, we needed to buy time to get the highest possible take-up of the boosters in place, before significantly reducing our MIQ defences against a variant that as recently as early January was (a) still originating overseas and (b) reportedly creating a large number of breakthrough infections even among the double-vaxxed.

France at the crossroads

According to the political polls, France appears to be about to reject the far right policies of Marine Le Pen. A debate to be held tonight (EU time) between the two presidential contenders will probably be decisive. A fortnight ago, the debate looked likely to be a pivotal event. Now, the debate looks more like Le Pen’s last roll of the dice.

Obviously, Le Pen can’t be entirely counted out. But as things stand, incumbent president Emmanuel Macron’s lead over Le Pen has expanded from a low of 3% at the start of the first round, to a more comfortable margin today:

The president’s predicted lead now averages eight or nine points across polls, while the Ipsos daily tracker foresees a 56% to 44% victory.

Thankfully, there is every sign that Le Pen’s toxic package of vastly increased Police powers and the entrenchment of welfare and employment discrimination against immigrants (plus her calls for a closer relationship with Russia) are turning off a majority of hitherto uncommitted voters.

How come? Well, Le Pen has faced closer scrutiny since the field of candidates narrowed down to the final pair. This focus has exposed the hard right agenda behind the façade of moderation that served Le Pen so well during the first round of voting. During that phase, the media’s fixation on the racist xenophobia of rival candidate Eric Zemmour had made Le Pen look almost mainstream. She isn’t. If elected, she would radically change France and its traditions of egalite, and alienate it from much of the rest of Europe. France, for all its domestic problems, appears unlikely to choose the authoritarian path of Hungary and Poland.

During France’s second round of voting, environmental issues have become a surprisingly important battleground. Both candidates have been ardently wooing the roughly 27% of the electorate who voted in the first round for either the left wing candidate Jean Luc Melenchon or the Green candidate Yannick Jadot.

Le Pen has been trying to capitalise on the hatred and sense of betrayal felt by many on the left towards Macron. While Melenchon urged his supporters “not to cast a single vote” for Le Pen, he pointedly did not endorse Macron. Come voting day on April 24, many on the left are expected to either stay home or cast a blank vote in protest. The polls suggest they would have to do so en masse to deliver a Le Pen victory.

Macron’s prime targets are the roughly one third of moderate left-wingers who voted for Melenchon in the first round, but who can be persuaded to vote for Macron – even if only while holding their noses – to thereby prevent a triumph for the far right. Since Melenchon had made the shift to renewable energy such a central theme of his campaign, Macron has been hitting the same notes during the second round.

So far, Le Pen’s outright hostility to wind and solar energy has played right into his hands. It has enabled Macron to tack softly leftwards on this issue, without putting his centrist economic policies at risk. Reportedly, Le Pen aims to make France reliant on nuclear energy alone:

Like her opponent, Marine Le Pen is in favor of nuclear power, but she wants a moratorium on wind and solar energy. The far-right candidate has pledged to stop the ongoing construction of wind turbines at sea and on the ground, as well as solar parks, “horrors which cost us a fortune” according to her.

In February, Macron had announced plans for at least six new nuclear energy plants (and maybe as many as 14) alongside a parallel expansion in France’s capacities for renewable energy. The renewables plan would involve the construction of 50 offshore wind-farms to “target 40 gigawatts in service by 2050. “ This would deliver 20% of electricity consumption in France, although this is widely seen to be a highly ambitious target.

Macron is promising to situate these huge new wind farms offshore, where any visual and noise pollution would be well out of sight and earshot. The wind farms programme has alienated only a relatively small number of voters living in fishing communities, a bloc hardly big enough to compensate Le Pen for the voters she has been losing elsewhere on this issue.

As Macron explained while on the campaign trail in Havre last week:

For the record, France is the world’s largest net exporter of electricity, a trade that earns the country some three billion euros annually. It currently derives about 70% of its electricity needs from nuclear power, and about 17% of that figure comes from recycled nuclear fuel. There are no plans to significantly reduce the country’s dependence on nuclear energy before 2035,at the earliest. (As polls in mid 2021 had indicated, the French public is considerably more conservative than the German public when it comes to how far, and how fast it should shift away from its dependence on nuclear energy.)

So… When France goes to the polls on 24 April to choose between Marine Le Pen and Emmanuel Macron, its energy future will be hanging in the balance, as well as a raft of the civil liberties it currently enjoys. Once again, Emmanuel Macron is the least worst alternative on offer.

Footnote: To repeat: it would be a mistake to count Le Pen out prematurely. For that reason, the Macron camp will be hoping the debate will re-ignite fears about her agenda, and dispel any complacency on the left that she hasn’t a chance. But if Le Pen does lose – again -to Macron, her political future must be seriously in question. If Le Pen cannot defeat an incumbent as personally unpopular as Macron, the French right will probably soon be looking for a new champion.

As acting PM Grant Robertson contemplates whether this country should open its borders again to cruise ships, maybe this EDM epic might remind him that cruise ships are some folks’ idea of fun, as well as being a viral death trap. On this new “Sottopassagio” track by European producer Axel Boman, you can almost see the disco ball spinning above the stateroom…