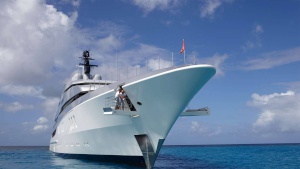 As the evidence of Russian atrocities in Ukraine mounts up, the West’s rhetoric has tried to keep up with the pace. Is Putin a war criminal? Do the actions of the Russian military– the deliberate shooting of hundreds of civilians, the relentless shelling of residential neighbourhoods, the use of cluster bombs, the systematic use of rape to terrorise the civilian population – qualify as genocide?

Having the Biden administration pose such questions would have a lot more credibility if the US actually belonged to the International Court of Justice and recognised its jurisdiction. But it doesn’t. Because that might expose US troops in say, Iraq and Afghanistan to investigation for possible war crimes. Also, Biden’s home state of Delaware happens to be a major international tax haven – including via such firms as Skadden Arps, for some of the Russian oligarchs that the West is supposed to be so keen on punishing.

Similarly, Europe professes itself to be aghast at what Russian troops have been doing in Bucha and Borodyanka – but not so aghast that Germany is willing to risk the domestic political fallout from ending its dependence on imports of Russian fossil fuels before year’s end at the earliest. Clearly, there’s a limit to the price that Europe is willing to pay at the petrol pump for taking a stand against human rights atrocities.

New Zealand hasn’t done a whole lot better. Yes, we have sent humanitarian aid. Yet bizarrely, New Zealand’s lists of travel sanctions on Russian oligarchs have failed to include Alexander Abramov, the billionaire co-owner (along with oligarch Roman Abramovich) of the steel company Evraz. This is what the UK government has said about Evraz in its sanctions list:

Evraz PLC is or has been involved in providing financial services, or making available funds, economic resources, goods or technology that could contribute to destabilising Ukraine or undermining or threatening the territorial integrity, sovereignty or independence of Ukraine – which includes potentially supplying steel to the Russian military which may have been used in the production of tanks…. Evraz PLC [is engaged] n business in sectors of strategic significance to the Government of Russia – namely the construction, defence and extractive sectors.

Up until the Ukraine invasion, Abramov was the chairman of Evraz. He is the most prominent Russian oligarch with significant interests in New Zealand, including – but not limited to- his ownership of the $50 million Helena Bay luxury lodge in Northland. There’s also this:

These local interests alone justify Abramov’s inclusion on any meaningful sanctions list. Presumably, the reason why we have chosen to spare Abramov from any inconvenience is that local jobs and contracts in Northland (and elsewhere in New Zealand) could be jeopardised if we chose to do anything that might affect the running of Abramov’s range of interests in this country. After all, as MFAT says in its explanatory note on its website about our Russian sanctions regime:

 The effect of asset freezes is that designated individuals and entities and their associates are prevented from accessing any assets they hold in New Zealand. This includes bank accounts and personal property.

No such inconvenience for those dealing with Helena Bay luxury resort, or with Abramov’s involvement in Auckland real estate and Kiwibuild. Moreover, there’s this added distinction :

 Note: asset freezes are not the same as asset seizures. There is no ability to seize assets in the Russia Sanctions Act.

In other words, not only is Abramov currently excluded from our sanctions response – but even if he was, our new legislation would lack the ability to seize his assets here. Similarly, our Russian Sanctions Act would also lack a legal mechanism enabling New Zealand to seize (rather than simply deny passage to) the luxury yachts or private jets of any other oligarchs who may try to enter our territorial waters or air space in future.

In reality, we’ve never been serious about this kind of thing, at least not when it comes to deterring Russian aggression. After Russia invaded and annexed Crimeain 2014, the then National government’s Foreign Minister Murray McCully went out of his way to stress that our sanctions response was just “largely symbolic.”

Therefore, New Zealand avoided doing anything provocative to Russia likely to result in “further anguish”. That approach worked out well for Ukraine, didn’t it?

Footnote: Initially, Australia seemed as reluctant as New Zealand to sanction the oligarchs operating in its midst. Two oligarchs with interests in energy projects in Australia had been significant omissions from Australia’s early sanctions list:

Oleg Deripaska, who has a stake in an alumina refinery in Gladstone, Queensland, run by Rio Tinto, and Viktor Vekselberg, who has an interest in a gas project in the Beetaloo basin in the Northern Territory, were not among 41 oligarchs and family members hit with sanctions by Australia’s Department of Foreign Affairs and Trade on Monday.

However, following media coverage of the omission, the pair were then added to the Aussie sanctions regime:

An update to Australia’s consolidated sanctions list, published…. shows Deripaska and Vekselberg have now been added.

For its part, Rio Tinto has recently announced it is cutting all ties to Russia.

Footnote Two: Viktor Vekselberg is an interesting case. His luxury yacht Tango is registered in the Cook Islands, and in 2017, it called into Auckland for repairs. By sheer luck though, New Zealand will be spared any future embarrassment over the Tango. A few days ago, the FBI and local Spanish authorities seized the Tango at its berth in Mallorca. According to the seizure warrant, “Tango was subject to forfeiture based on violation of U.S. bank fraud, money laundering, and sanction statutes.” Reportedly, the Cook Islands have 33 Cooks registered, Russian owned yachts on their books.

Oddly though, neither Vekselberg or Deripaska – despite their recent activities and registered interests in Australia and the Pacific– were featured on the New Zealand sanctions list. Hmm. Can’t we manage to make even our token gestures of support for Ukraine look a bit more convincing than this?