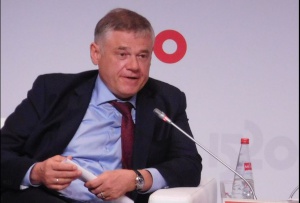 As the peace flotilla converges on the Northland luxury resort owned by Russian steel magnate Alexander Abramov, the government is putting in place the full and final legal framework for extending the sanctions on Russia, which may (or may not) include the ability to freeze and seize Abramov’s assets. While Abramov does not seem to belong within Vladimir Putin’s inner circle of major oligarchs, his case is instructive:

The luxurious, marble endowed Helena Bay Lodge in Northland opened for business in 2018. Before then, it had been one of Abramov’s private residences around the world. On November 11, 2015, The Overseas Investment Office authorised the long term lease of the land from Paremata Mokau A13 Ahu Whenua Trust

to Helena Bay Holdings – an entity in which Alexander Abramov holds 100% of the shares. “The Applicant intends to farm the land and undertake capital improvements to the land. On termination of the lease, the land and improvements will be returned to the trustees of the Paremata Mokau A13 Ahu Whenua Trust.” The OIO report also says the office was satisfied that the criteria for ‘substantial and identifiable benefit to New Zealand’ had been met.

At the luxury Lodge’s opening ceremony on November 1, 2018, the mood had been very upbeat:

Winston Peters, Northland MP and NZ First leader, firstly greeted his whanau who he referred to as “my relations” then emphasised the contribution the lodge would make.” The level of employment it creates is definitely needed in this part of the world,” Peters told more than 100 Ngati Wai iwi, guests, lodge staff and others invited to the seafront property’s opening.

On the day, New Zealand’s tourism industry bigwigs had been just as enthusiastic :

Kevin Bowler, Tourism NZ’s chief executive until the end of this week, cut the ribbon at the main front door. “This is a magnificent – would you call it a whare? – whare or building. It will add more value to the tourism sector which is already New Zealand’s largest export sector employer. Helena Bay Lodge is a testament to the confidence in the sector and very, very strong forward numbers,” Bowler said.

As elsewhere in the Western world, Russian oligarch money was just business as usual, and very welcome indeed. Flash forward: the most recent filing in the Companies Office For Helena Bay Holdings Ltd, lists three directors: Ian Cochrane (with a Moscow address) Noel McFarlane and Christopher Sell, whose residential address in Albany is also the address given for the company itself. Reportedly, Sell had previously worked for Abramov in Europe.

So… Helena Bay Holdings Ltd operates the lodge on the basis of a long term lease (99 years?) from the Maori owners who will get the land and capital improvements back when the lease eventually expires, whenever that may be. It would seem to be drawing a long bow to argue that the Ukraine invasion – and Abramov’s associations, direct and indirect with Putin – amount to a legally enforceable violation of the terms of the original lease. It will be interesting to see the fine detail of how the government insulates itself legislatively, from any counter action by Abramov (and/or by the Maori lessees?) if and when the government takes action to freeze or seize the assets of the oligarch who owns Helena Bay Lodge.

Other Western countries are finding out that sanctions and asset freezes can be more complicated than they seem at first glance. Again, Abramov offers a useful case study. Briefly: Abramov is not an oligarch who has ever diversified away from the steel industry patch that he knows so well. A former scientist, he founded and co-owns the steel giant Evraz , alongside major shareholder (and fellow oligarch) Ramon Abramovich, who owns Chelsea football club.

Here’s where it gets interesting. Evraz not only owns steel companies in Russia and Europe, but its mill is also one of the biggest employers in Regina, Saskatchewan. Evraz also operates large steel mills in Portland Oregon, and in Pueblo, Colorado.

The point being: any sanctions or asset freeze aimed at oligarchs is quite possibly going to have blowback within all the parts of Western commerce where Russian oligarch money has been given such a rousing welcome in previous years. “I have to be honest with Canadians that there could be some collateral damage in Canada” from those sanctions, federal Finance Minister Chrystia Freeland said on Tuesday. “In order to really have an impact, we are going to have to be prepared for there to be some adverse consequences for our own economies.”

Similarly, and while the provincial government in Saskatchewan expects no short term effects and job losses, it acknowledges that the impact could become greater if sanctions drag on, and new contracts are not signed.

Provincial government spokesperson Matthew Glover said there will undoubtedly be economic repercussions if Ottawa sanctions Evraz. “While international sanctions fall under federal authority, we believe Russia should face appropriate consequences for its illegal aggression against Ukraine,” Glover said in an emailed statement.

Keep in mind Canada’s readiness to shoulder the consequences of sanctions, if and when the seizure of Abramov’s assets in New Zealand is criticised because it might negatively affect local people formerly employed as service employees at Abramov’s resort. Unfortunately, sanctions and asset freezes/seizures are not always a pain-free exercise in virtue signalling. The Ardern government may need to provide local residents with some compensation if any sanctions against Abramov start to bite – but -hat should not be a deterrent to taking the actions contemplated. No one said standing up for Ukraine would be painless. But we’re all still willing to do it, right?

Reportedly, Evraz shares have plummeted in value on the London Stock Exchange (by as much as 90%., according to the Canadian Broadcasting Corporation) over the month that includes the invasion. Oligarchs can be bad for the brand. The Evraz mill in Regina is reportedly thinking of changing its name.

As an aside, the changes made to the shareholding structure of Evraz are another sign of just how long Putin has been planning for his war in Ukraine. Back in 2018, Evraz acted to insulate its share structure against the future impact of US sanctions.

The major shareholders in Evraz are Roman Abramovich, Alexander Abramov, Alexander Frolov and Eugene Shvidler. Collectively, they owned 62% of Evraz shares through the Cyprus based Lanebrook Ltd. In 2018 though, they unwound those shares into individual packages:

However, this gambit did not alter the real ownership situation one iota:

Evraz said that replacing the companies of key shareholders in the Evraz plc registry “is technical in nature, does not change the proportion of beneficiaries and will not affect the management of the company.”

Right. Evraz may come to regret being so frank about this merely being a technical exercise, and one conducted to make it harder for sanctions to bite on its quartet of controlling owners :

Oleg Petropavlovski from BCS is confident that in this way the main owners of Evraz want to protect it from the theoretical introduction of US sanctions against any of them: none of the businessmen now has a controlling stake.

Arguably then, the share splitting at Evraz looks like a ruse carried out in demonstrable bad faith, much as political donations are routinely split to sail under the public disclosure thresholds. Russian oligarchs didn’t get to be oligarchs by letting anyone else readily get their hands on their money. Meaning: New Zealand will need to be very sure of its legal ground before proceeding. Thankfully, it seems crystal clear that Abramov owns fully 100% of Helena Bay Holdings Ltd, and the OIO said so back in 2015.

Still, New Zealand will need to be cautious. On a moral level, this may look like the seizure of the ill-gotten gains of a criminal organisation. Yet Putin’s pals are in a different league than the Comancheros bike gang. Plus, Abramov and his lodge will be able to count on some highly visible local supporters. These may possibly include Winston Peters.

Footnote One: As mentioned before, trade sanctions are proving to be a less effective economic weapon against Putin than asset freezes and seizures. Though Putin had been steadily reducing the ratio of Russia’s debt denominated in foreign currency, that figure is still around 50%. A sizable chunk of the huge $630 billion war chest that Putin had built up (to defend the rouble once he pressed the button on the invasion) remains vulnerable to those foreign freezes.

In the short term the soaring price of oil (and the huge returns for it that Russia is earning) is cancelling out the effect of trade sanctions. But in the last few days, both Europe and the UK have launched crash programmes intended to reduce their dependency of Russia’s fossil fuels. The export earnings from those fuels currently account for nearly 40% of Russia’s export earnings.

Therefore, by launching the invasion and inducing Europe to look elsewhere for its energy needs, Putin has put his country on an economically suicidal course. Ukraine is suffering terribly right now. But Ukraine also looks like being the iceberg that will eventually sink its titanic neighbour.

Footnote Two: Uh oh, no more Christmas cards from Vladimir Putin. New Zealand is among the countries listed by the Kremlin’s Tass news service as “unfriendly” in their actions towards Russia.

According to Tass, any Russians owing debts to anyone from that list of countries can pay them back in rubles. Forget wheelbarrows. At the current exchange rates, that could be in container ships laden with rubles.