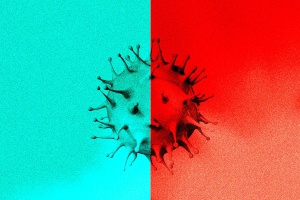 As the Omicron infection wave prepares to break across New Zealand, the “red” condition is likely to be more of a form of gestural politics, than as a useful shield. Good ideas like masks and social distancing and limits on social gatherings are not going to do much to slow down the rate of infections. At base, the traffic light system has been a mechanism devised to enable businesses to continue to operate, regardless of the state or public health. It was created in response to the Delta outbreak, and it took final shape just as Omicron emerged in South Africa.

Lockdowns would have genuinely bought more time to get the booster defences in place, but these are not seen to be politically viable any longer, despite the benefits they offer to public health. At this point, even regional lockdowns are only a theoretical option, since no clarity exists on what the trigger points for them would be. Even on its own terms, the government’s reliance on a “doubly vaccinated plus booster shots” approach will provide only a limited line of defence. On the evidence, having had double shots of Pfizer is a relatively poor safeguard against Omicron infection. Some research has vaccination down at only 23% efficacy against infection – although on average, being fully vaccinated with Pfizer still tends to prevent serious illness, hospitalisation and death. As overseas evidence indicates however, an Omicron infection can still be fatal for some people.

Research (based on a small survey) indicates that the booster shot raises the threshold against infection to around 70% and to 88% against a severe outcome. That’s an improvement, but is still a significant decline from the 90-95% protection against infection that the Pfizer vaccine offered against earlier variants. Here’s a recent summary of vaccine efficacy with respect to Omicron: :

If being vaccinated and then getting your booster is the core of the government’s strategy, many people have asked the obvious question: – Why then, not reduce the waiting time for boosters from four months to three months? Well, on its website, Pfizer hasn’t changed its position from early December that the optimum period between the second shot and the booster is “at least” six months. New Zealand has already shortened the waiting period to four months. Reducing it to only three months would –arguably– increase the incidence of “breakthrough” infection and thus defeat the purpose of the booster programme, and erode public faith in it.

The other relevant factor is having a strategy in mind for managing Omicron through the winter months. By holding at four months, the government may be hoping that a bigger group of New Zealanders will then be able to carry the benefits of immunity through into the winter months, when atmospheric conditions and indoor living/working will raise the case load numbers. At the moment, Israel is one of the few countries pressing ahead with a fourth round of vaccinations.

Politically, the interesting thing about Sunday’s announcements was that the government has chosen to retreat, in an attempt to conserve its limited frontline resources. At some point during the Delta outbreak, the government turned its back on lockdowns as a viable political strategy, despite lockdowns being a more effective tool than the traffic light system in putting the brakes on the spread of the virus.

On the upside, the government is entering the battle against Omicron in better shape than had seemed likely at the start of summer. By a combination of luck and good management, the predicted surge in cases over the Christmas/New Year break – as New Zealanders holidayed around the country – did not materialise.

Alongside the reduced ability of the vaccines to prevent infection, the public health system is under-prepared for Omicron, and is about to come under serious pressure. Thanks to this country’s lost decades of dis-investment in public health as successive governments embraced the market ideology, New Zealand is less well-equipped than Australia, which has been pushed to the limit, regardless. Therefore, our serious outcomes from Omicron relative to caseloads may well be higher. (Per capita, we have fewer hospital beds, fewer ICU beds, fewer ventilators, worse staffing ratios etc than almost every other developed country in the OECD.) Difficult ethical decisions – who gets treated, for how long – are likely to come into play here, and relatively earlier in the outbreak.

At the outset of the pandemic in 2020, the World Health Organisation expressed the ethical challenges in these dryly academic terms:

Where little scarcity exists, the allocation of resources such as ventilators may be most justified by the principle of first come, first served (which promotes the value of equality). When those resources become increasingly scarce, their allocation may be justified according to a principle that prioritizes those most in need. With even greater scarcity, a principle that aims to maximize benefit from the resource may be most justified.

In other words, a health system under immense pressure can justify making arbitrary calls to – for example – allocate its scarce resources to those who have a better chance of surviving, or who seem to have more years in front of them. Harrowing personal accounts by medical staff in the UK and US told of how they were forced into making traumatic judgement calls on whether people get treated, or are merely sedated, wheeled into “dying rooms” and left to die. Hopefully, New Zealand’s luck will hold, and the people who work on our hospital front lines will be spared from making many of those desperation calls. But some of the scenario planning for the caseloads being thrown up as worst case possibilities under the current modelling will need to be contemplating the likely impact on the access to treatment.

Yet given our scarce medical resources, some serious triaging of the care available would seem to be inevitable in the near future. A recent report by the National Ethics Advisory Committee (NEAC) offers a useful outline of the ethical issues raised during the response to the pandemic. These factors need to be borne in mind when the counter argument is made that (a) we should just let Omicron rip, because (b) we need to learn to live with Covid. This would unload nightmare decisions onto frontline medical staff. The NEAC report (p 10) gives a good example of what can happen when the Covid caseloads begin to undermine the criteria for access to treatment:

As an example, in the case of ICU beds or ventilators, a clinician might make a decision to treat those with fewer co-morbidities first, considering this to be the best way of saving as many lives as possible, or getting the most out of the resources. Yet this decision may undermine equity, as some groups (for example, Māori and disabled people) tend to have more comorbidities than other group.

So… Should medical staff decide that pre-existing illnesses reduce the likelihood of access to the full array of treatment? Or, in the light of the historical injustices that have fostered those co-morbidities, do you decide that the disadvantaged deserve more of the scarce resources of the public health system? The answers to such questions will differ among health professionals, let alone across DHBs.

True, hard decisions on the allocation of resources are a routine part of decision-making in public health. Yet during a pandemic, they are brought sharply to the fore. In the end, should the rationale for treatment be on a first come, first served basis, until all the ventilators run out? Sometime before the Omicron wave breaks all over us, it would be advisable to have had some public debate on the ethics of treatment, how we should arrive at an acceptable points system for receiving care and what factors are to be given weight.

Rapid antigen testing is a useful tool, and is the Covid equivalent of a home pregnancy test. (It is also less reliable than a home pregnancy test) Among other things, it is also a way of privatising the response to Covid, and one need only look across the Tasman to see the shambles that has resulted when the profit incentive is allowed into the diagnostic process. Regardless, National Party leader Christopher Luxon continues to cite Australia as a model we should follow, despite the carnage and chaos evident in Victoria, New South Wales, and increasingly, in Queensland. Here was Luxon only a few days ago:

” [Rapid antigen tests ]are not widely available in points of distribution across New Zealand as they are in Australia, as they are in many other countries.”

In fact, the unavailability and the unaffordability of rapid antigen tests has been a political scandal in Australia for the best part of a month. As this column has previously reported, there have been widespread reports of price gouging, stock-piling, and accounts of people moving between supermarkets and piling them into rucksacks. In Melbourne, people have reportedly been forced into searching for them for hours at a time, in the face of empty shelves in chemists and supermarkets all over town.

The claim that Australia is doing/has done it better in managing the pandemic has been a National Party perennial for almost two years, and it persists despite the sobering infection rates, hospitalisation numbers and death toll evident across the Tasman. With rapid antigen testing, National has also pointedly not addressed the questions around distribution. So… Would National prefer to follow the precedent in Australia and leave it to the private sector to provide the tests at a profit – despite the shambolic, inequitable outcomes this would generate? Or, mindful of the dire experience in Australia, would National advocate leaving it to the government to allocate a set number of these tests to each household?

Four of the heaviest hitting songwriters over the past few years – Nilufer Yanya, Mitski, Lana Del Rey and Adrianne Lenker of Big Thief– all released new music almost simultaneously last week. By chance, both the Mitski and the Big Thief singles are intense, stripped down tracks that sound like nothing they’ve done before, while still being instantly recognisable. “Simulation Swarm” is the seventh or eighth cut released so far from Big Thief’s upcoming double album.