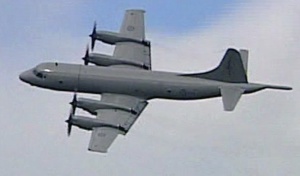 Because the undersea volcanic eruption in Tonga cut communications with the more remote parts of the country, it wasn’t at all surprising that as a good Pacific neighbour, New Zealand sent a reconnaissance aircraft up there to gather information about the extent and location of the damage. The more interesting thing was which plane we sent. It was an old P-3K Orion. It wasn’t one of the four fancy P-8 Poseidons that the New Zealand taxpayer spent north of $3 billion to purchase and to equip, only a few years ago. Because of the alleged need to (a) kit out the Poseidons with the latest anti-submarine gear, and (b) prepare the necessary infrastructure for them to operate out of Ohakea, these planes are not due to be ready for service until 2023.

Presumably, the Orion was judged to be the best available plane for the job. That fact seems significant. It suggests that when disaster strikes in the Pacific, the old, relatively slow, relatively low flying Orions are perfectly adequate at scoping the damage, for the Navy frigate and the C-130 Hercules heavy lift aircraft to follow. That’s significant. Because when then Defence Minister Ron Mark sought to justify the exorbitant price tag for the Poseidons, he said this at the time:

“The purchase ensures the Defence Force can continue to deliver the country’s maritime surveillance, resource protection, humanitarian and disaster response around New Zealand and across the South Pacific, [ my emphasis ]” says Ron Mark.

But in the meantime, along comes a disaster in the Pacific and we turn to an old war horse Orion that’s supposedly past its use-by date. If the Poseidons truly are superior for doing humanitarian work in the event of a disaster, why didn’t we ask the Australians to send one of theirs? What this incident should tell us is why we bought the Poseidons. It wasn’t to do with disaster relief, or with the finding of lost sailors at sea – because plainly, the Orions can still do that sort of work well, or even better. (Slow, low flying planes offer advantages when you’re trying to scope damage on the ground, or locate small items on the water.) In reality, the Poseidons purchase was to enable New Zealand to line up alongside our traditional allies in executing anti-submarine actions as part of the aggressive “Lets Contain China” strategies of forward force projection in the Asia-Pacific region.

Evidently, taxpayers have stumped up for $3 billion plus of airborne warfighting gear, on the partial excuse that this will expand our capacity to deliver humanitarian assistance more efficiently in the Pacific, after natural disasters have struck. The structure of our Tonga relief mission suggests that we could have saved our money in that respect, and spent it on more compelling social needs at home.

Queen Elizabeth II is ending her reign as she has managed it throughout: By putting the needs of the monarchy above all other considerations, family included. The moment that an American judge ruled that the civil case against her son Prince Andrew would proceed to trial the Queen agreed to strip Andrew of almost all his titles and royal duties. Basically, Elizabeth was agreeing to try and put as much daylight as possible between the Palace and the upcoming courtroom allegations and revelations about her son.

This decision signals that the Palace has concluded that things are likely to get messy. To succeed in court and extract significant damages, Virginia Giuffre Roberts will almost certainly need to provide details of the Epstein modus operandi, and how her alleged abuse by Andrew fitted within it. Even so, her legal team might take the Ghislaine Maxwell case as precedent, where it is widely agreed that the prosecution succeeded largely by keeping a very tight focus on particular events that occurred within a very restricted timeframe.

Meaning: Simple is easiest to prove, and her age – seventeen – at the time of the alleged encounters, is compelling in its own right. Andrew’s defence has the option of continuing the outright denial that anything sexual occurred between the Prince and Giuffre. (Maxwell’s denial-of-wrongdoing defence failed her utterly.) If denial does seem to be failing, Andrew’s team may resort to the age-old defence of slut-shaming Giuffre in an attempt to minimise the damage. Again, Andrew’s prior, desperate willingness to try and hide behind the secret compensation deal between Epstein and Giuffre does not inspire confidence that Andrew plans on taking the moral high road when the Giuffre proceedings finally reach the courtroom stage, mid-year.

For New Zealand, none of this should be of any substantive concern. Unfortunately though, we retain constitutional links to this dodgy family business. When a senior (former) royal is publicly involved in scandal, this should be motivating us to re-examine those ties, with a view to cutting our losses and going republican. (Andrew is not just one bad apple. The entire barrel is pretty rotten.)

Win or lose in an American court, the shape of the post-Elizabethan monarchy is already being affected. Two senior members of Team Windsor – Harry and Andrew – no longer qualify for active duty. King Charles will be that much more isolated. Given Charles’ previous willingness to lobby Westminster behind the scenes for the causes he believes in, his apparent disrespect for the boundaries between the monarchy and democratic government should be of concern to all of us.

At best, the next phase of the British monarchy will become something of a working duopoly between Charles and William. The need to ensure the institution remains in fit working order for his son, could prove to be a useful restraint on any imperative that Charles might feel to make his mark in the relatively brief time remaining to him. But such restraint will require Charles, like his mother before him, to put the wellbeing of an institution that has taken a psychological toll on him, ahead of all other impulses. She submitted to it, at considerable personal cost. To her son, Elizabeth may not look like a compelling precedent.

Again, none of this would be of any substantive concern to us if the British monarch was not also our head of state. When Elizabeth dies, so should the last of our ties to British royalty.

The likely intergenerational nature of Charles’ reign – with William in the wings – brings this old Cat Stevens song chillingly to mind. Especially the couplet “From the moment I could talk/I was ordered to listen…” But this too :

I was once like you are now
And I know that it’s not easy
To be calm when you’ve found
Something going on
But take your time, think a lot
Think of everything you’ve got
For you will still be here tomorrow
But your dreams may not…