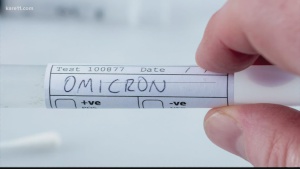 At this early stage, the Omicron variant seems to be more infectious, and more able to bypass the protection offered by vaccines and by the antibodies generated by previous infection. The fact that it is being spread around the globe by travellers who were all presumably fully immunised and had pre-flight negative Covid tests is a bit alarming. Even so, it is still unclear at this point whether Omicron is likely to result in higher rates of hospitalisation and death than the Delta variant. Omicron will make you sick. But how sick?

In about a fortnight, clear evidence on the severity of an Omicron infection should be starting to emerge. Hopefully New Zealand may have bought itself a bit of time to learn more about Omicron, thanks to the government’s decision to delay until mid-January the gradual opening of our international borders. Omicron has undermined the claims being made last week that there is no good reason why we shouldn’t be opening up to Australia at the same time in mid-December that we lift the restrictions on Aucklanders. The delay until January, as deputy PM Grant Robertson kept saying at the time, was always about minimising risk. Well, that risk has now materialised.

As we all learn a lot more about Omicron, Pfizer has said that it can adapt its mRNA vaccine and create a purpose-built vaccine response to the new variant within 100 days. In passing, the emergence of Omicron does underline the vulnerability of developed countries to variants emerging from the Third World. Unfortunately, the solution may not simply involve stopping the vaccine hoarding by rich nations and sharing vaccines more extensively – although that would help. Significant problems also exist in (a) creating the necessary cold chain delivery and storage capacity across Africa that the mRNA vaccines require, and (b) overcoming high levels of vaccine hesitancy. This article usefully summarises the multiple causes of hesitancy across some parts of Africa towards vaccines in general, and about Covid vaccines in particular.

Footnote One: BTW, the recent news on “Covid pills” has not been very encouraging. Such pills do not prevent infection or transmission. They’re about mitigating the effects. Theoretically, Merck’s much-hyped antiviral pill molnupiravir and the new Pfizer pill Paxlovid should be effective in reducing the severity of an Omicron infection because such drugs do not attack the spike protein, but by preventing the virus from replicating. However, recent findings indicate that molnopiravir is not as effective as earlier reported – and this could be because those early happy results on efficacy were gained by taking the pill within three days after infection.

Out in the real world, it may not be possible to obtain the pills readily enough as to reproduce those optimum lab results. Furthermore, the monoclonal antibody treatments (eg Regneron’s treatment) may fail (or be less effective) against Omicron, because they attack parts of the virus that have now mutated.

Luxon or Bridges, Bridges or Luxon?

According to the cliche, people who refuse to learn from history are doomed to repeat it. The National caucus has exactly the opposite problem. It is because the caucus members can recall the past so clearly that the leadership decision on Tuesday seems so difficult. On the one hand, the gift of 20/20 hindsight means the caucus will remember vividly that the New Zealand public knows Simon Bridges pretty well, and didn’t like him much the first time around. Normally, if you do the same thing, you get the same result. Why should a second serving of Simon Bridges be any more palatable?

The same 20/20 hindsight means that caucus members will also remember with crystal clarity what happened the last time that National chose a political novice (Todd Muller) as its leader. In the immortal words of Bob Dylan: An’ here I sit so patiently; waiting to find out what price/you have to pay to get out of/going through all these things twice.”

Oh mama, can this really be the end? To be stuck inside the caucus with the leadership blues again.

Moreover… Think about which MPs were the leading members of Team Muller. That would be Chris Bishop and Nicola Willis, the same liberal wing now said to be deserving of promotion as National’s best and brightest hope for the future. The Muller debacle helped to royally screw up National’s chances in Election 2020, and also delivered the party into the hands of Judith Collins. Overall, Bridges could be forgiven if he felt somewhat annoyed about the current pressure to forgive, forget and promote the same people who, only 18 months ago, were doing their level best to bury him.

What the caucus also needs to keep in mind that it is not only choosing a leader capable of winning the contest on its left flank, against the Ardern government. Is Bridges or Luxon better able to win the more immediate battle – on the right flank – against David Seymour and the Act Party? Sure, who-ever wins on Tuesday will probably enjoy a brief honeymoon and this alone could knock as much as five points off Act’s current standing in the polls. But longer term, the contest with Act will continue, and will involve personality as well as policy.

It is something for the caucus to consider. Is Bridges or Luxon the candidate most likely to wean right voters away from their current infatuation with David Seymour? Do either of them have the charisma required to make mainstream old school National conservatism feel like a more exciting prospect than Act’s brand of populist extremism? Just putting a National label on a bloke in a suit will no longer do the trick. The endangered members of the National caucus have to decide which candidate will fare better against Seymour, as much as who will be more likely to beat Jacinda Ardern. Sure, the centre right bloc should be working in tandem under MMP. But it is going to be hard to convincingly lead Team National when your erstwhile partner in government is loudly denouncing your moderate messaging as a total sellout.

Ultimately… The likely package will probably be: Bridges as leader, and with Luxon holding both the deputy leader and finance roles. For Bridges that arrangement would provide the security of welding Luxon more closely to the fate of his own next term as leader. After all Luxon can hardly be the option waiting outside the tent if he is both the deputy leader and shadow Finance Minister. For the sentimental, that arrangement could also be sold as a return to the glory days of John Key and Bill English. True dat, a Bridges/Luxon ticket would lack gender balance and geographic balance. Unlike the Key/English duo, it would also put two Christian social conservatives at the helm of the party. But National has rarely allowed such issues to get in the way of its ambitions.

Footnote: BTW, Judith Collins did not create factionalism within the National caucus. Internal division has been alive and well ever since the party’s birth in 1937 as a coalition between the urbanised business class and rural conservatives. Under Jim Bolger that division got played out between the neo-liberals ( Richardson, Quigley) and the moderate conservatives ( Bolger, Birch.) Likewise in the 2000s, Murray McCully seemed to be endlessly stoking up a warring set of caucus factions comprised of social conservatives, neo-liberals and non-ideological would-be centrists.

Whoever wins on Tuesday cannot hope to make everyone happy. At this point, the problem for National is that 95% of New Zealanders do not think that the future of the country depends on the vision and the wisdom of either Simon Bridges or Christopher Luxon. At this point, the National Party is a minority sect in steep decline. In fact, if the choice between Bridges and Luxon was being framed as a question in tomorrow morning’s Stuff’s online quiz, the majority of people would probably choose the “neither of the above” option as the only correct answer.

And to make things perfectly clear for the caucus… Here’s Johnny Cash singing about how the one on the right is actually on the left, if you’re facing in the right direction.