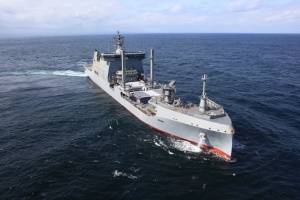 In a flashback to the military displays of days gone by, one of our frigates recently joined a Carrier Strike show of force in the South China Sea, en route to a joint military exercise in Singapore with our traditional allies, called BersamaGold21. Reportedly, Anna Powles, from the Centre of Defence and Security Studies at Massey University felt this to be a case of us doing our bit to uphold international law, and the right of free transit through the region in question. Moreover:

Powles [added]…that our presence is “also important because New Zealand is heavily reliant on the international rules based order, multilateral system, and therefore New Zealand needs to contribute to this in a tangible practical way, which New Zealand has done by sending a frigate up there.”

Hmm. One wonders whether New Zealand can find ways to express its “tangible practical” support for a rules-based system of international law that don’t involve sending in a gunboat. If the aim was to put China on notice, there also isn’t a lot of supportive evidence to suggest that China responds well to that sort of pressure close to home, even assuming China poses an imminent threat to maritime trade in the first place.

There are other dubious aspects to this episode. Australian reports on BersamaGold21 didn’t put as much (or any) emphasis on international law. They treated it as an exercise in enhancing military interoperability. For example:

Australia joined regional neighbours Malaysia, Singapore and New Zealand as well as the United Kingdom to conduct Exercise Bersama Gold 21 as part of the Five Power Defence Arrangements (FPDA), designed to enhance the ongoing interoperability of the five nations…

Improving warfighting capability – not affirming the tenets of international law – seemed to be what was on the mind of our colleagues in arms:

As part of the training, HMA Ships Canberra and Anzac, F/A-18F Super Hornets and a P-8A Poseidon have been tasked to work alongside the four nations across a range of maritime and air exercises. Lieutenant General Greg Bilton, Chief of Joint Operations, outlined how the training was vital in building regional resilience… When our five nations come together we strengthen cooperation, deepen our inter-operability and sustain professional links,” LTGEN Bilton said.

But here’s the thing. This isn’t misguided simply because it is Cold War muscle-flexing in 21st century guise, and with China cast in the villain role formerly played by the Soviet Menace. Even on its own terms – having our frigate join an aggregation of force – seems like an antiquated military idea as well. And it isn’t just me – or some other peacenik – saying so. It also seems to be the opinion of the Vice-Chairman of the US Joint Chiefs of Staff, General John Hyten. In July, Hyten voiced his misgivings about the wisdom of old school aggregated force tactics, based on the results of a major wargaming exercise conducted by the US military in October 2020:

A brutal loss in a wargaming exercise last October convinced the Vice Chairman of the Joint Chiefs Gen. John Hyten to scrap joint warfighting concepts that had guided U.S. military operations for decades. “Without overstating the issue, it failed miserably. An aggressive red team that had been studying the United States for the last 20 years just ran rings around us. They knew exactly what we’re going to do before we did it…. ”

Interestingly, this crushing loss was incurred in the context of a simulated aggression by China.

The Pentagon would not provide the name of the wargame, which was classified, but a US defence official reportedly said that one of the scenarios revolved around a battle for Taiwan. One key lesson: gathering ships, aircraft, and other forces to concentrate and reinforce each other’s combat power also made them sitting ducks. “We always aggregate to fight, and aggregate to survive. But in today’s world, with hypersonic missiles, with significant long-range fires coming at us from all domains, if you’re aggregated and everybody knows where you are, you’re vulnerable,” Hyten said.

So… Did the force configurations at BersmaGold21 take these lessons into account? Apparently not. The aggregations at Singapore seemed to conform to the exact opposite. One of the key problems the US encountered in its October 2020 wargames exercise was the almost immediate loss of command and control digital networks, which undermined the interoperability of the aggregated forces. Here’s Hyten again :

“We basically attempted an information-dominance structure, where information was ubiquitous to our forces. Just like it was in the first Gulf War, just like it has been for the last 20 years, just like everybody in the world, including China and Russia, have watched us do for the last 30 years,” Hyten said. “Well, what happens if right from the beginning that information is not available? And that’s the big problem that we faced.”

Not surprisingly, the US has been re-thinking its reliance on old school technologies and tactical approaches. In July, Hyten issued four directives to the US armed services. These came down to :

(a) Contested Logistics. This involves finding different ways to deliver fuel and supplies to the front lines. Reportedly, U.S. Transportation Command and the US Air Force are working on using rockets and a space trajectory to get large cargo spaceships into, and out of, battlefields. This work involves testing re-usable rockets for the delivery of Boeing C-17 Globemaster sized cargo loads to terrestrial locations.

(b) Joint fires. “You have to aggregate to mass fires, but it doesn’t have to be a physical aggregation,”Hyten said. “It could be a virtual aggregation for multiple domains. Acting at the same time under a single command structure allows the fires to come in on anybody. It allows you to dis-aggregate to survive.” Hyten pointed out that the “joint fires” concept “is unbelievably difficult to do.” No wonder. It seems to require force to be concentrated at the target, while originating from multiple and dispersed points of delivery. Easier said than done.

© Joint All Domain Command and Control (aka JADC2) Basically, this relies on an as yet unproven cloud connection technology. More on that here. Hyten’s commentary on this factor once again referred to the difficulty (and the risks) of vertically integrating the command structure, while keeping it accessible at any point of the battlefield, and while (simultaneously) ensuring that this single command structure and multiple entry points are all hacker proof. China’s hacker teams must be rubbing their hands at the prospect of cracking these systems.

The Pentagon’s push to connect everything demands always-on, hackerproof networks, Hyten said. “The goal is to be fully connected to a combat cloud that has all information that you can access at any time, anyplace,” so that, as with joint fires, the data doesn’t get exposed or hacked because it’s housed in one centralized location, he said.

Hah. Always nice to have aspirational goals. The relevance to New Zealand – and to New Zealand defence and security spending – is that it underlines the fact that taxpayers have far pressing priorities right now with Covid and social inequality. So we shouldn’t be continuing to bankroll the NZDF (a) to do cosplay in uniform at annual get-togethers with their mates or (b) to tootle around with vastly expensive pieces of hardware unlikely ever to be used over the next 30 years, and that are currently almost useless if deployed in the usual fashion alongside our allies. This huge waste of money is being directed at our main trading partner, which we have chosen to re-imagine as a military foe – and for no rational purpose beyond the theatrics of imperial diplomacy.

On the existing evidence, the future of war-fighting – and the future of effective terrorism detection and deterrence as well – is going to hinge on which combatant has the best arsenal of net-based expertise. The NZDF, SIS and GCSB do not even come close. (The Royal Commission on the Christchurch mosque shootings said so very bluntly.)

As things stand, we might be better off handing over our military planning to Peter Jackson, and the teams at Weta.

In case this column reads like a rejection of all forms of militancy, last Saturday happened to be the 162nd anniversary of the raid on Harpers Ferry armoury by John Brown and his band of anti-slavery activists. Brown had gambled that if he could seize the weapons and arm the slaves, there would be uprisings across the entire South, much like the slave revolt in Haiti that finally overthrew French colonial rule in 1804.

Brown failed. Yet his trial and subsequent execution, as one recent biography put it, “killed slavery, sparked the Civil War and seeded civil rights.” As one version of the song goes, Brown’s body is mouldering in the grave, but his soul keeps marching on. Here’s a recent costumed re-enactment of a song lyric from 1863, written to commemorate Brown and the cause he fought and died for. All together now :”John Brown died on a scaffold for the slave/Dark was the hour when we dug his hallowed grave/Now God avenges the life he gladly gave/Freedom reigns today! …”

And simply because of the pure weirdness of this video, here’s the alpha dog version of the same melody, courtesy of the Mormon Tabernacle Choir recorded live at West Point, in a rendition intended to inspire America’s elite class of military recruits.