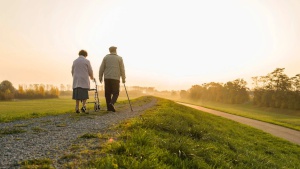 National Party leader Judith Collins thinks the government’s traffic light system for emerging from Covid lockdowns is “confusing.” Perhaps she could be looking in the mirror because in recent weeks, National has hardly been a model of crystalline clarity. On RNZ this morning Collins was calling for the scrapping of all vaccine certificates and mandates once we hit 90% double dose vaccination. Yet in recent weeks, Chris Bishop, National’s Covid spokesperson has been indicating that vaccine certificates and employment mandates will be, and should be, part of our new Covid landscape.

Now that is confusing. To try and square the circle, Collins’ office has claimed that Bishop was only referring to a short term need. (How short is the short term?) Of late, Collins has also decried the way the government is creating a “two class system”, between the vaccinated and unvaccinated- which is what most punters would feel Bishop has been advocating, with vaccine-certified access being a due reward to the vaccinated and (presumably) an incentive to the unvaccinated. So…. Does National think vaccine certificates and employment mandates are still going to be vital and necessary once we’re 90% fully vaccinated, or will they be burdensome/unnecessary at that point? The answer seems to depend on which senior National figure you ask.

In a similar vein…. Even when it comes to the 90% fully vaccinated figure, Collins has been calling for PM Jacinda Ardern to show leadership to getting us all there, while simultaneously accusing Ardern of “bullying” the public to get us to where we can all reclaim our “freedoms.” Nothing confusing about that though. That’s just National,

dog whistling once again, to the anti-vaxxers. As it has done before.

Collins denied suggestions….her comments around vaccination over the last few days had been reaching out anti-vaxxers…..”It was actually about saying that if you believe in private property rights, you believe in personal responsibility, the best way to get more people to be vaccinated is not to be seen to bully them.”

Because that’s Collins signature style, right? Just the art of kindly persuasion, via statements of principle. No bullying, ever.

Footnote: Finally, the government has said it plans to introduce a new law that will clarify the current grey legal issues around vaccine mandates. Presumably this new law will spell out the conditions via which employers can co-exist with and/or override the relevant protections in our existing human rights law, thus enabling the private sector (a)to confidently introduce mandates in hiring and (b) require certificates for entry to venues, without being at risk of being hauled into court.

From Sunday 7 November onwards, an assisted dying procedure will be available in this country. Surprisingly, assisted dying will then become one of New Zealand’s relatively few fully-funded health services, alongside the likes of maternity care, vaccine access, and the medical treatment of under 14s. Perversely, this means that in terms of personal expense, it will become less costly to be helped to die than it will be to visit the doctor. Could be wrong, but I don’t remember the public being told that assisted dying was to be treated as such a major health priority. It was not apparent in the referendum wording, and did not feature prominently in the debate preceding the vote.

The upshot, as Dr Ben Gray of the University of Otago Medical School pointed out in a brief article last week, is that this country will continue to tolerate unequal access to the palliative care required to lessen the pain endured by the dying. We continue to impose part charges on the dying for the cost of alleviating their suffering – while at the same time we will be fully funding all of the costs involved if the patient chooses to die.

This seems like a bizarre situation, rife with unwelcome incentives. As Gray put it :

The framers of the End of Life Choice Act knew what they were doing. Section CA1 of the New Zealand Gazette notice of 4 October 2021, explicitly states that (among other things) the health practitioner carrying out the assisted dying procedures must not–

iv demand, claim, or accept any fee, gratuity, commission, or benefit from any person other than the Ministry in connection with the provision of assisted dying services.

Right. Now, it could be argued that by fully funding the procedure, the end of life provisions are thus available to everyone. But that rationale doesn’t really stack up. Because the same egalitarian logic doesn’t apply to the accessing of palliative care. Cost can be, and is a barrier to adequate palliative care, on a daily basis. Should any public health system worthy of the name be making it less costly to die than to get adequate pain relief ? Moreover, and from what we know of precedents overseas, the End of Life Choice Act will be accessed mainly by the already advantaged. As Gray has pointed out on more than one occasion:

….It is very likely, based on experience from Oregon USA, that assisted dying would be predominantly taken up by a small number of mostly educated white people.

Cost, in other words, would probably not have been a major barrier to the relatively few people likely to avail themselves of this new procedure. Oddly, the politicians who advocate the loudest for “choice” are usually very keen to attach a “user pays” fee to the provision of any public service. Not this time, though.

The Gaps in Palliative Care

Looking on the bright side…maybe the introduction of the End of Life Choice Act in early November will shine a belated spotlight on the inadequate (and unequal) access that many dying New Zealanders have to adequate palliative care. Lets hope so. Because at an increasing rate, the imminently dying are being transferred to Aged Residential Care (ARC) facilities during their final weeks and months, even though such facilities commonly lack the specialised care and the staff numbers (found in hospices and hospitals) to assist the dying through the last stages of their lives. Moreover, there can be charges involved with ARC terminal care that do not apply when death occurs elsewhere.

In a 2019 NZ Medical Journal article by Eileen McKinlay (and others) the authors listed some of the shortcomings involved in our current management of palliative care:

*No specific DHB funding for the admitted-to-die group means ARC facilities cannot afford to employ sufficient staff with an ideal skill mix and this likely restricts their ability to pay contracted external professionals;

* Variability in how DHBs fund people admitted-to-die in ARC. Some DHBs have specific palliative care funding and do not charge the person, some fund the person’s care through respite care funding, others apply income/asset testing and the person may be required to pay for ARC facility care (care they had received at no-cost in hospital or hospice prior to discharge).

How big a problem is this ongoing shifting of palliative care into the less well equipped, more likely to require pay-for-service ARC sector? Reportedly last year, some 38 % of those receiving palliative care died in ARC facilities with the other 62 % split (almost equally) between home and hospice. Yet overall, as the NZMJ authors conclude:

….The current DHB funding for hospital-level ARC care is inadequate to cover the required level of ARC staffing, the need for input from external professionals and the required clinical and environmental resources.

Over the next 20 years, New Zealand’s death rate is reportedly set to climb by 50 per cent, as our population ages. Again, it seems bizarre to treat the need to put assisted dying for the relatively few ahead of the provision of adequate palliative relief and specialised care for the many people now nearing life’s end. To put it mildly, our current policy settings do not contain adequate plans ( or funding) for the future trajectory of need.

In a hard hitting article in Stuff last year, nursing advocates pointed out that the crisis in access to palliative care needs to be addressed right now, by central government. As Dr Rachel Wiseman, who works in specialist palliative medicine in the Canterbury DHB told Stuff:

“If someone said, right, your maternity services are now going to be funded by cake and opshops, we would laugh, we would just laugh” [Wiseman] said. “So why are we accepting that this is OK, at the other end of life?” She said palliative care always seems to be an afterthought for those providing the funding and strategies. “Big new cancer control agencies with funded staff, but palliative care always gets left as an add-on, in part because we don’t like talking about this.”

The shortfall between the cost of palliative care, and the money available to DHBs for that purpose is currently bridged by levying part-charges on the dying and their families. These costs can come as an unpleasant shock to grieving relatives, who may have assumed that ARC provided care would be free, as it would have been in say, a fully funded public hospital or in hospice care. In other ways as well, we undervalue end of life palliative care. Tellingly, relatives/whanau members do not qualify for caring /grieving leave from work when a loved one dies, even though at the other end of the life cycle, we think it is only right and civilised to fund provisions for maternity leave, and for parental leave. As one respondent quoted in the Stuff article said, it is as if no-one ever dies in New Zealand.

In the meantime, Dr Ben Gray indicates, the new assisted dying procedures should be put onto a similar part charge footing as palliative care:

I remain of the view that the best way forward for now is for assisted dying to be available as nearly all other community services, partially-funded under the existing capitation payments, with a part charge to reflect the cost of providing the service. This will fulfil the obligation to legalise aid in dying without further increasing inequity of health funding and increasing demand on stretched public hospital services. The need to fully fund palliative care remains.

Next week, the news cycle will probably focus in the quality and availability of the assisted dying procedures throughout the country. Yet we shouldn’t lose sight of the bigger picture. Somehow, the chronic underfunding of palliative care has to be pushed to the forefront of this debate.

Almost magically, the trans musician Beverly Glenn-Copeland managed to avoid all the New Age cliches on his 1986 Keyboard Fantasies album, a unique folk/soul/electronica/New Age hybrid that in recent years, has become a cult item. Glenn-Copeland’s life ( he’s now 77) has been the subject of this documentary. Later this year, a tribute album of Keyboard Fantasies remixes and remakes will be released.

Among the first releases out of the gate has been this beautiful video for Glenn-Copeland’s “ Ever New” track, as tweaked by Bon Iver and by Jenn Wasner, the multi-threat singer/writer/guitarist/keyboard player with Flock of Dimes, Wye Oak and with Bon Iver’s touring band Don’t mean to get all New Agey on you, but Wasner was born in the same year that Keyboard Fantasies was originally released…

Finally, what one hears above all else in Glenn-Copeland’s music is its calming, positive spirit. “In The Image” was my entry point to his world: