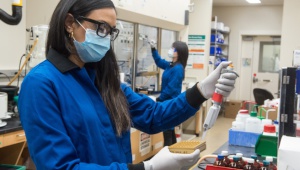 One can sympathise with firms struggling under the financial stress caused by Covid restrictions. Yet business (and other critics)appear to be demanding that the government produce a plan for re-opening that will still somehow (a) control the virus at a tolerable level while (b) delivering “certainty” to business no seriously bad consequences would ensue. Those demands seem deluded. Anyone can announce that at X level of vaccination, Y restrictions would be removed. Yet if the infection numbers then explode as a result, the outcome could well be worse for the community and hospitality industry alike. In the circumstances, demanding that the government make things better on a set timeline is the sort of thing you’d normally expect to hear from children.

After all, the only “plan” that Delta respects is to multiply exponentially when it is left unrestricted. Currently, there are hundreds of thousands of unvaccinated potential hosts for the virus in Auckland alone. A lot of the most vulnerable are living in large, intergenerational households, many of whose members do not have the luxury of working from home. The only viable interim strategy – until we get the vaccination rate up to the 90+ level target set by the government – is to gradually ease the lockdown conditions, and then react accordingly (with the usual arsenal of contact tracing, testing and isolation) if and when the virus exploits this new opportunity to spread. Far from being a “failure” this approach has saved thousands of lives. One needs only look across the Tasman to see the carnage that results from a premature re-opening. And among other things, carnage among the customer base tends to be bad for business.

In other words, no government can simply announce a date on which normal life- and normal levels of business activity – can be magicked back into existence. As has been stated as nauseam, vaccination remains the only path back to an acceptable level of social life, and business activity. Yet currently, fewer than half the eligible population are fully vaccinated, and the rate at which people have been getting their first vaccination shot has slowed down to a crawl. Without significant new forms of impetus, New Zealand is on track to top out at 80-85 % levels of full vaccination. That will not be enough. Yet unfortunately, a sizeable information gap exists. Most of the people who still need to be persuaded are not plugged into the normal channels of government messaging and news dissemination.

What can be done to revive the vaccination drive? Changing the law to make vaccination mandatory is a step the government is (understandably) reluctant to take. Making the entire population undergo a medical procedure as a condition of citizenship would be challenged (a)in the courts and (b) in the streets, by people already inclined to regard this government as being a jackbooted tyranny. The government has preferred to allow the private sector to impose certain types of employment mandates. Meaning: As things stand, vaccination can be made a condition of employment for new hires, but not for existing staff unless their role can be proven to carry a “reasonable” level of infection risk. Firms for example cannot make vaccination mandatory for their existing staff simply in order to gain a market advantage from being able to advertise themselves as fully vaccinated premises.

Meanwhile, vaccine passports are in the process of being made a condition of attendance at bars, cafes, hotels and concerts. (Outdoor concerts, thankfully, pose a lower risk of transmission.) From February 2022, Air New Zealand will be making full vaccination a precondition of international travel, with a potential for that to be extended to domestic travel. In other words, the social walls are closing in on the unvaccinated. The government’s hope is that if the health benefits of the vaccines aren’t sufficiently compelling, then it will be the shrinking lifestyles for the unvaccinated that will finally motivate the holdouts to get themselves vaccinated. That will take time, though. It is not a recipe for 90+ vaccinated by Christmas.

Mandates exist in something of a grey legal area. Even the power of employers to deny employment to unvaccinated new hires could still be open to legal challenge, especially if there is a medical pre-condition that renders vaccination either dangerous or less than effective. For such people, the denial of employment on vaccination grounds would appear to violate the protections against discrimination on the basis of disability that are contained in our human rights legislation.

Basically… Although there are no easy legislative “quick fixes” to the issues raised by vaccination mandates, the government will probably need to eventually step in and pass laws that clarify the grey areas that currently exist around Covid-related levels of compulsion. So far, National has been calling for clarity on employment mandates while declining to clarify its own position, or whether it would support in Parliament what it seems to be demanding of the government. (Clarity is not just a requirement on government.) Meanwhile, banging on about the need for a magically painless official “plan” to lift Covid lockdowns seems reminiscent of the medieval attempts to conjure up ways to deal with the Plague.

The Covid pill, plus and minus

Reportedly, the new anti-viral Covid pill – called molnupiravir – that’s being hurriedly developed by Merck was named after Mjolnir, the mighty hammer wielded by Thor, the Norse god of thunder, war and fertility. Currently, Merck is awaiting emergency use authorisation from the US Food and Drug Administration. This is a potential game changer. The few other anti-viral treatments on the market for mild to serious Covid infections all need to be injected intravenously. Plus, molnupiravir might provide an option for patients reliant on immuno- suppressant drugs (eg chemotherapy) that make Covid vaccines not a viable option. Australia has already arranged a supply deal with Merck to obtain delivery of 300,000 courses, once regulatory approval has been given.

The immediate downside? The price. Merck says it will price molnupiravir on a sliding scale based on World Bank country income data, which indicates how much countries could afford to pay. Since New Zealand is a developed country, a course of molnupiravir is therefore likely to cost around $NZ1,000. I’ve based that figure on the US government $1.2 billion pre-order of 1.7 million courses, which comes out at $US700 for the twice-daily-for -five-days cycle of treatment. To counter the criticism of its high pricing among richer nations, Merck has also licensed five WHO-authorised drug companies in India to produce generic versions of molnupiravir for low and middle income countries.

Generally speaking, a Covid vaccine will reduce the likelihood of getting infected after being exposed to the virus, and it also reduces the severity of the subsequent bout of illness, and the incidence of death. As a rule of thumb, as Professor Rod Jackson recently pointed out in a hard hitting article, “Vaccinated people are about 75 per cent less likely than unvaccinated people to develop a Covid infection if exposed, and over 90 per cent less likely to develop severe disease.” More narrowly, the Merck pill simply treats the infection. The trial results were based on taking the pill five days after the onset of symptoms, and trial participants had at least one pre-existent medical risk condition. The trial findings to date indicate that molnupiravit can halve the rates of hospitalisation and death. Merck’s trial results are available here. To sum them up:

A planned interim analysis of 775 patients in Merck’s study looked at hospitalizations or deaths among people at risk for severe disease. It found that 7.3% of those given molnupiravir twice a day for five days were hospitalized and none had died by 29 days after treatment. That compared with a hospitalization rate of 14.1% for placebo patients. There were also eight deaths in the placebo group.

Given how quickly that Delta will infect other household members, the value of having ready home access to a remedy is pretty obvious. It could also be a life saver for those unable to tolerate the vaccine. How does molnupiravir work ? Unlike a bacteria that contains its own replication system that can be targeted by an antibiotic, the virus hijacks the machinery of living cells, thus making the targeting a lot more difficult to achieve, without harming the healthy host cell. This useful backgrounder by Vox News explains how molnupiravir tackles this core problem :

Molnupiravir works a lot like the antiviral drug remdesivir (-vir is a suffix commonly used for antiviral drugs). The SARS-CoV-2 virus, which causes Covid-19, makes copies of itself by encoding instructions on RNA, which is made up of “base” molecules identified by the letters A, C, U, and G. While remdesivir imitates A (adenosine), molnupiravir can mimic U (uracil) or C (cytosine) When the virus incorporates remdesivir into its RNA, the drug causes its reproductive cycle to stall. Molnupiravir works a little differently, causing genetic mutations that hamper the virus. Crucially, these drugs can fool the virus, but they don’t fool human cells, so they have a targeted effect and for the most part leave the human cells alone.

Not entirely alone though, perhaps. What about the possible side effects? On that point, the process of getting molnupiravir to market has been somewhat controversial. It was originally developed by researchers at Emory University as a drug to counter Venezuelan equine encephalitis ( a mosquito-borne illness that affects horses, donkeys, zebras and humans) before its wider potential became recognised. Its subsequent journey to market has been t rocky:

Some researchers previously raised concerns that molnupiravir’s mechanism could lead to some unanticipated problems. Rick Bright, the former head of the Biomedical Advanced Research and Development Authority, alleged in a whistleblower complaint last year that his agency was pressured into funding the manufacture of the drug (then known as EIDD-2801) before they received adequate safety data.

Given this backdrop, both the US Food and Drug Administration and Medsafe in New Zealand will be interested in seeing how Merck addresses the side effects/safety concerns before use approval is given here, let alone before a government purchasing effort is embarked on.

Twisting The Years Away

Last Sunday, Chubby Checker celebrated his 80th birthday. Born Ernest Evans, his name was a play on the name of the very popular New Orleans musician Fats Domino ( Fats : Chubby ; Domino : Checker). His biggest hit “The Twist” topped the charts in September 1960, and became a No 1 hit again nearly two years later after the white middle class embraced the Twist dance craze. Checker’s monster hit was actually a cover version of a song written and recorded by veteran r&b star Hank Ballard as the B-side of one of his 1958 singles. Here’s what the original sounded like:

Checker’s chart successes finally tailed off in 1965 with something called “ Do The Freddie” …In 1971, he went psychedelic with an album called Chequered that included track titles like “Stoned in the Bathroom” “My Mind” “Love Tunnel” and “ No Need To Get So Heavy”….Hidden among the dross though, was an oddly haunting five minute cut called “Goodbye Victoria.” It has become a cult item, despite Checker reportedly hating the entire project: