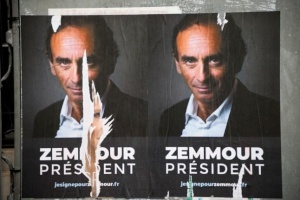 It is the age-old Covid problem. How to balance the needs for firms (and schools) to re-open against the need to protect public health. In the past, the balance has been struck by insisting that the best public health outcomes also deliver the best economic (and educational) outcomes. While that may still be objectively true, it is no longer a politically tenable position.

Later today, the government will unveil its plans for re-opening schools. This is widely expected to include such elements as mask mandates for secondary students, staggered class numbers, an “open windows” approach to ventilation, and (perhaps) options for students to sit exams or choose other forms of assessment. At a deeper level, there is no obvious fix for the problem of students from poorer households having unequal access to Internet-based learning.

On Friday, the government will also be unveiling its new “traffic light” framework, that will replace the current lockdown levels system. This announcement will formally ring down the curtain on the Team of Five Million concept and the elimination strategy that gave it meaning. A version of a green/amber/ red system was suggested a year ago, and rejected at the time. Reportedly, Friday’s three part system may look something like this:

The criticisms? Already, it is being pointed out that such a system would be fit for purpose only within a fully vaccinated population. It seems utterly premature when vaccination rates among Maori – in particular – are only half where they need to be, and where 90% vaccination rates are being said to be still months away, if ever. In sum, this week’s announcements couldn’t have had a worse backdrop. With 90 fresh Covid cases reported yesterday, New Zealand seems to be on the brink of having its Delta outbreak explode into exponential rates of infection growth.

Not the ideal time to ease restrictions, one might have thought. Moreover, there are obvious risks in bending to the demands (emanating from business) for a particular vaccination rate to be tied to a checklist of restriction easings. Vaccination, however, does not make anyone bullet proof. The simple vaccinated/unvaccinated distinction is flawed beyond the usual concern that the overall percentage doesn’t do justice to the deep pockets of risk among particular communities. That is only part of the problem. A simple vaccinated vs unvaccinated measure doesn’t capture the added risk inherent in the vaccine efficacy rates, and the rate of “breakthrough” infections among the vaccinated. Also, while vaccination reduces the risk of infection and its severity, the persistence of “long Covid” symptoms among the “recovered” is another risk (and cost) for the public to bear, mainly in order to keep business afloat.

In other words: the risks to public health are not evenly spread, and are higher than the simple (but sizeable) “unvaccinated” category would suggest No doubt, the business sector will keep asking for ‘certainty” in the midst of an epidemic, and will keep demanding a “plan” that ties down levels of vaccination to the removal of restrictions on trade. All of this while the virus appears to be spreading in unpredictable ways across the community. What some voices in the business sector are asking for isn’t so much a certainty of policy provided by the government, but a certainty of income, provided by the taxpayer.

So far, the taxpayer has already bankrolled a wide range of business supports, and there are good reasons for the government to borrow more and to spend more, to support business during its time of need. Yet a little more transparency about what business is really demanding, and a smidgeon of gratitude would go a long way.

France gets its homegrown Trump

The meteoric rise in France of the extreme right wing chat show host and pundit Eric Zemmour is making the outcome of next April’s presidential election – and the survival of Emmanuel Macron – really tough to predict. Until very recently, it had been widely assumed that the 2022 election would come down to a replay of the last contest, with the centrist Macron once again facing Marine Le Pen, the long-time champion of conservative/reactionary voters on the right. In recent polls though, Zemmour has moved ahead of Le Pen to become the nation’s most popular conservative critic of Establishment politics.

Zemmour has explicitly compared himself to Donald Trump. He appeals to the millions in France left behind by Macron’s allegiance to globalisation. Zemmour’s rise has been a by-product of being seen as a non-political outsider and media gadfly whose track record of anti-migrant, anti-Islamic writings and speeches also happen to channel some of the darkest forces in French society. As yet, Zemmour has not announced his candidacy, but he is being expected to do so. He has already resigned from his char show, as required by pre-election rules.

Macron is vulnerable, and is widely disliked ( as much as Sarkozy ever was) for his arrogance and elitism. While in power, he has failed to better the lot of the middle class centrists who put him in power, while further alienating the left who never liked him from the outset. More popular abroad than in France, Macron has not managed to deliver foreign policy gains to shore up France’s sense of grandeur. In recent months, even Australia has managed to humiliate France by failing to honour its nuclear submarine deal.

As for Covid… Some 96.000 French citizens have died under Macron’s management of the pandemic, which has been criticised by medical experts for being too light-handed. The Covid recession has also sidelined Macron’s divisive slate of economic reforms. As the UK Financial Times pointed out recently… “By keeping the reforms on his to-do list, Macron alienates many working-class voters, and by failing to follow through with them he alienates entrepreneurs and much of the middle class.”

In more normal times, Macron’s multitude of opponents would still need to coalesce around a marketable candidate. (The early wisdom about Trump made similar assumptions about his alleged lack of marketability for national office) As things stand, the polls suggest that Macron would have a significantly easier job beating Zemmour in a head to head contest than he would in beating Le Pen. It speaks volumes about how far the centre has shifted rightwards in France that Marine Le Pen is now seen to be the more moderate option. Even as Trump-lite though, Le Pen would still be a difficult pill for the rest of western Europe to swallow :

Le Pen has successfully “detoxified” her party and moved it towards the centre since she succeeded her anti-Semitic father Jean-Marie Le Pen as leader a decade ago. But she and her nationalistic supporters remain hostile to immigrants and free trade. They are short of economic experience, friendly towards populist autocrats such as Russia’s Vladimir Putin and highly critical of the EU, even if she has withdrawn her threats to leave the bloc and abandon the euro.

France’s presidential contests unfold in two stages. On 10 April next year, French voters will choose from among all the contenders, and if no candidate wins an absolute majority, the top two candidates will go into a run-off round on April 24. Famously, French voters are said to vote in the first round for the candidate they like, while in the second round they vote against the candidate they want to eliminate. Despite his tarnished popularity, Macron is expected to be one of the second round candidates, though that isn’t a foregone conclusion. The nightmare prospect would be if both Zemmour and Le Pen made it through round one, but they would be far more likely to cannibalise each other’s vote, and help Macron (or a Zemmour equivalent on the left) get through to round two.

For all sorts of reasons then, the rest of Europe and the wider world is anxiously beginning to do its homework on Eric Zemmour. They could start with his inflammatory book France Has Not Yet Said Its Final Word. Nor have French voters. Yet about half of them currently think that Zemmour and Le Pen understand them better than Macron does.