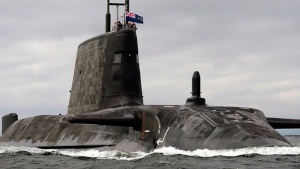 Yesterday’s media outings by Covid Minister Chris Hipkins demonstrated the contradictory forces at work. First, the government is being slammed for its lack of compassion in its handling of MIQ and for not simply allowing scads of vaccinated incoming Kiwis to isolate at home. Yet when two Covid cases were detected in Christchurch, the first question for Hipkins at yesterday’s media 1pm briefing simultaneously slammed the government for its “failure” to protect the public from infection.

Other countries, it is being said, are scrapping MIQ entirely and opening up. Wel, and at what cost? For the record, the UK double dose vaccination rate is 68%. (Ours is 72.4%) The UK has had 140,000 deaths from Covid, peaking at over 1,000 deaths a day in January 2021. Compared to that previous peak, the current deaths and hospitalisations figures are relatively low, reflecting the protective benefits of vaccination. Yet reportedly, those rates have ticked upwards again to a high but stable level since lockdowns were rolled back over the summer.

Yesterday, there were 165 Covid caused deaths ( and rising) across the UK. Overall, the UK example is demonstrating that (a) getting vaccinated provides crucial protections yet (b) the ending of lockdowns has come with a body count. If and when some incoming Kiwis spread Delta into vulnerable parts of New Zealand, would the public be forgiving, or be outraged? I’m picking it would be widely seen as another “failure.”

“I can take care of my enemies,” the Sicilian bandit Salvatore Giuiiano once famously said, “but God protect me from my friends.” Phil Twyford would probably share the sentiments. After Kiwibuild became political Kryptonite for Labour on his watch, Twyford got demoted. Among a few relatively undemanding odds and ends, he was given the job of helping to limit the spread of nuclear weapons. Blissfully, it won’t be held against him this time, if he fails to achieve global nuclear disarmament.

Just as well. Because our friends across the Tasman have just made nuclear proliferation a regional hot topic all over again. The new AUKUS Defence deal that the Aussies have joined with the US and the UK means that Australia will be acquiring a fleet of nuclear powered submarines, courtesy of the Americans. For New Zealand, it is the least of our problems that the AUKUS Defence pact aggressively aims to contain any regional ambitions held by our main trading partner, China.

For starters, we will need to take it on faith that those new Aussie submarines will not be nuclear armed. The more pressing problem – and one that’s right in Twyford’s wheelhouse in his role as the Minister for Disarmament and Arms Control – has to do with how Canberra plans to obtain (and to store) the nuclear fuel required to run this new fleet. It doesn’t end there, either. With good reason, nuclear submarines are a loophole in the current nuclear non-proliferation framework.

How come? Well, nation states can say they’re acquiring nuclear submarines only for defensive purposes, but the level of enrichment required to fuel them is right up there at nuclear weapons grade. Having nuclear subs next door will therefore resurrect many of New Zealand’s old concerns to do with the nuclear issue. Canberra’s acquisition of these submarines will make Australia all but nuclear weapons capable. If we take Australia’s word that their nuclear enrichment won’t be used to make nuclear weaponry, other countries – like Iran for starters – may well complain that the West is being guilty of a glaring double standard.

The heated rhetoric about “floating Chernobyls” aside, Australia’s decision to make the key wing of its defence forces nuclear powered can only increase the risk (a) of nuclear accidents and (b) of terrorists raiding the nuclear fuel facility and acquiring the ingredients for “dirty bomb” purposes. To date, New Zealand hasn’t said a word about the escalation of nuclear risk that’s unfolding on our doorstep.

Initially, the Americans may donate the first batches of nuclear fuel. This isn’t a sustainable, or militarily reliable, option. Sooner or later, Australia is going to build a nuclear fuel facility engaged in enrichment to nuclear weapons levels.. Across the Tasman, the conservative Lowy Institute think tank has tried to grapple with the implications. For a very long time, Australia has been in the business of mining and exporting uranium, but under export controls that – arguably – enable it to comply with the country’s non-proliferation treaty commitments. This new situation is harder to rationalise along those lines. Lowy sets the scene:

Highly enriched uranium (HEU) naval reactors are currently employed across four navies, putting Australia in line with its trilateral partners [the US and UK], but also with Russia and India. Most existing HEU naval nuclear reactors use weapons-grade uranium (enriched to over 90 per cent) or uranium enriched to at least 20 percent U-235. For context, a typical civilian nuclear power reactor uses about 3.5 per cent enriched uranium.

As mentioned above though, the AUKUS deal widens the existing non-proliferation loophole, and – Australia’s avowed good intentions aside – it elevates the risk :

The naval reactor has long been seen as a loophole to the NPT and IAEA safeguards whereby a NNWS [ Non Nuclear Weapons State] could divert materials from naval reactors and potentially use that material for weapons production. There is obviously a clear difference here with intent of purpose for Australia with the new fleet….Nonetheless, as James Acton has noted, the risk remains that Australia’s potential exploitation of this loophole to avoid IAEA [International Atomic Energy Agency] oversight of Highly Enriched Uranium may be a precedent exploited by others. It would be an irony of some order of magnitude given Australia’s long record as a champion of IAEA safeguards and guardianship if its pursuit of this strategic capability was in fact to make it easier for others to avoid IAEA scrutiny.

Yes, very ironic. With apologies to Alanis Morrissette, it will put a nuclear black fly in the Chardonnay. In an effort to square this circle, the Lowy authors argue that by being really, really transparent (about how much enriched fuel it has stored/is using) and by pledging not to do anything very, very bad with the stuff, and by inviting strict IAEA verification etc etc… Maybe all of this could still turn out for the best. Perhaps, the Lowy authors suggest, Australia might even become a model for how the IAEA deals in future with other nations trying to exploit the same naval loophole. Nice try. As a gambit though, it would be a bit like Robin Hood trying to continue on his merry way by offering tips to the Sheriff of Nottingham about how to catch the other rascals operating out of Sherwood Forest.

In the end though, even the Lowy Institute throws up its hands:

Ceding some strategic and defensive sovereignty to the United States in acquiring dual nuclear-use technology undeniably for military use, leaves many unanswered questions. For starters, where will the fuel come from? Will Australia eventually be required to process and enrich uranium?

Good questions, even though the answer to the second one is obvious. For now, New Zealand continues to tip-toe around the burgeoning nuclear risk on our doorstep. Presumably we’re terrified of looking like the spoilsport who is undermining the big plans of Team AUKUS. Sooner or later though, we’re going to need to put our cards on the table. Three weeks ago at the UN, China’s Deputy Permanent Representative Geng Shuang criticised the AUKUS submarine deal during a UN committee debate on Disarmament and Security:

Emphasizing that the recent submarine agreement linking the United States, the United Kingdom and Australia undermines mutual trust, [Geng Shuang] said. It stimulates the arms race and creates international friction, generating a generalized sense of international responsibility being eroded, due to double standards and exceptionalism.

China’s regional ambitions are not innocent. But Beijing is dead right about the double standards and the exceptionalism. Sooner or later, Twyford will need to clarify where New Zealand stands on the threat AUKUS poses to nuclear risk and non-proliferation. As things stand, either we annoy Australia’s Defence Minister Peter Dutton (yet again) or we can sit on our hands, and allow the erosion of New Zealand’s anti-nuclear credentials. Not an easy call. But Labour can hide Twyford in the broom cupboard for only so long.

Footnote: For a historical backgrounder on the threat the AUKUS deal poses to nuclear non-proliferation see this recent article by the Carnegie Foundation. It includes suggestions (along the lines cited above by the Lowy Institute) on how to mitigate some of the worst aspects of the AUKUS deal. But it still concludes :

It is important to be clear-eyed here, however. These [mitigation] proposals would only go so far. They would not be enough to prevent the AUKUS submarine deal from establishing a bad precedent that could be exploited by future proliferators….

There’s no connective theme to this week’s collection of recent releases, which ends with an early cut by Big Thief’s Adrianne Lenker, and a duet by Arthur Russell and Jennifer Warnes. Other highlights include the two tracks from Lana Del Rey’s casually experimental new album Blue Bannisters, and a stunning remake by Okay Kaya of REM’s song “Nightswiminng.” Kicked off by Panda Bear’s wistful vocal, Animal Collective’s stately “Prester John” sounds like the band’s farewell message to itself and to its fans, from one of the most influential and best-loved bands of the early 2000s: