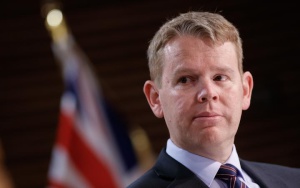 The cliché about “living with Covid” will not mean life as we’ve known it, Jim. Vaccination is fast becoming a condition of employment, and also a requirement to participate in aspects of social life, such as travel, attending bars, cafes, and concerts etc. These protective measures enjoy a high level of public support. However, the mandates that aim to make vaccination a condition of employment are still, legally speaking, like one shoe falling. (The more reassuring shoe will fall if and when someone challenges the employment mandates in court.)

According to Health Ministry Director-General Dr Ashley Bloomfield on RNZ this morning, our current Health and Safety legislation provides private sector employers with strong legal grounds to pursue an employment mandate, Air New Zealand is already setting a precedent on this point, and – Bloomfield added – other countries have managed to bring in employment mandates. Yet in the same breath, Bloomfield also indicated that employers would (should?) be taking legal advice on this point before proceeding. Overall, it sounded more like an amber light on mandates, rather than a green light.

Should it be a requirement – for example – that the work involves a reasonable risk of infection before current employees and job applicants can be required to undergo a medical procedure like vaccination? And what evidence will it be legal for employers to require of their workers or job applicants in future? Privacy rights and the human rights legislation still look like reasonable hurdles to the enforcement of such mandates, if and when things come to the legality crunch.

Employment New Zealand appears to think some of this is still risky legal territory for employers. The advice on its website says flatly:

Businesses cannot require any individual to be vaccinated. However, businesses can require that certain work must only be done by vaccinated workers, where there is high risk of contracting and transmitting COVID-19 to others. This will be a minority of all work in New Zealand. This could change if there is a significant shift in the COVID-19 situation domestically.

Indeed, it could, as Delta spreads in the community over summer. In the meantime, Employment New Zealand advises employers not to take it upon themselves to decide the risk factors unilaterally:

To decide that work is high risk and therefore needs vaccination for health and safety reasons, businesses must first assess their COVID-19 exposure risk. This applies to work done by all workers, whether employees or independent contractors. Businesses must involve workers, unions and other representatives in the risk assessment process, and when deciding how to eliminate/minimise risks.

In sum, the legal basis for employment vaccination mandates is still a work in progress. But as things stand, all healthcare workers will have to be fully vaccinated by December 1st, and all education workers by January 1st, 2022. Well before Christmas, vaccination will have become compulsory for healthcare workers in hospitals, and for all GPs, pharmacists, community healthcare nurses, midwives, and paramedics, as well as for private healthcare sector workers in aged residential care, home and community support staff, and other healthcare staff. Paradoxically though, the requirement to be fully vaccinated by December 1st does not (currently) extend to hospital cleaners. Similarly, hospital visitors will not be able (or will not be required) to undergo rapid antigen testing before entering hospital premises.

As for the education sector… All teachers and support staff, all early childhood centre staff and home-based educators will be required to be fully vaccinated by January1st 2022 At secondary schools, masks will be compulsory by the start of first term 2022 at school assemblies, and teachers will be required to create and maintain a register of their students’ vaccination status. (Privacy issues, anyone?) The over-riding lesson? At some point, the government may have to pass laws to protect itself – and to reassure employers – that these powers are beyond legal challenge.

Despite the intense levels of global demand, our government has managed to buy 60,000 “courses” of the molnupiravir pill to treat mild to serious cases of Covid infection, a deal done even before Medsafe has cleared the pill for use in this country. Since each course is comprised of 40 pills – four pills twice a day for five days – the cost is unlikely to be cheap. But at this point, the cost of the suplly deal is “commercially sensitive.”

This sensitivity may have something to do with Harvard/Kings College Hospital joint research first reported in the Intercept (and repeated in the Independent) that it costs the Merck drug company only $US17.74 to manufacture one course of the drug, for which it is now charging the US government $US712 per course. That’s 40 times the production cost. (Was commercial secrecy about the price a pre-condition that Merck imposed on the New Zealand government?) For US taxpayers this situation is particularly galling, since Emory University – which developed the drug- had received $NZ10 million in government subsidies between 2013-2015 to develop molnupiravir, and later received a further $US19 million in additional grants.

Emory sold the manufacturing rights to Ridgeback Bio-Therapeutics, which entered into a production deal with Merck. The press release by Merck that details the arrangement is available here. Basically, Merck’s upfront costs were not in developing the original drug, but in downstream actions like advancing its clinical trials and buying into the exclusive rights to manufacture it. Along the way, there was a whistle blower controversy about how the process of getting molnupiravir (then called EIDD 2081) to market was carried out. Merck and Ridgeback will both profit from the success of molnupiravir. Merck, reportedly,will profit to the tune of $US7 billion from this one drug before the end of 2021. According to the FiercePharma medical news website, Merck is using World Bank income data to set the price that individual countries eventually get charged for molnupiravir. (That would put New Zealand in the top price tier.) Seven companies in India have been licensed by Merck to develop generics to market within Third World countries, and Merck has negotiated purchase deals with Singapore and South Korea, and one is pending with Thailand.

At first glance, molnupiravir represents a horrendous example of why the meeting of public health needs should not be entrusted to the private sector. Costs get socialised, profits get privatized. While that is true, molnupiravir – even at circa $US700 a course – is actually cheaper than the anti-viral alternatives. It costs nearly half the price of Regeneron’s $1,250 cocktail, and a third of GSK’s $2,100 treatment, both of which have to be intravenously administered.

On the other hand though, molnupiravir’s success rate in halving the likelihood of hospitalisation and death is demonstrably less impressive than the competing antibody cocktails, which reportedly have had a success rate of 70% to 85% in reducing hospitalization and death. (You get what you pay for, even when you seem to paying through the nose.) Basically, there’s a good reason why, when Donald Trump got Covid, he was treated with Regeneron. Trump got the top shelf stuff.

This past fortnight has been very good for people whose surname is Spears. Lauren Spears is the Canadian folk musician who performs as Le Ren, and she has just released a lovely debut album called Leftovers. It may be hard to believe that in 2021, anyone could manage a fresh take on Gordon Lightfoot’s old chestnut “Early Morning Rain” but here it is. Sterling assistance is provided by Buck Meek, the guitarist with Big Thief :

The Leftovers album includes a tribute (“Dyan”) to her mother, and also this pretty cello-driven track:

Best of all, “May Hard Times Pass Us By” elegantly manages to be heartfelt and confessional, but without tipping over into sentimentality: