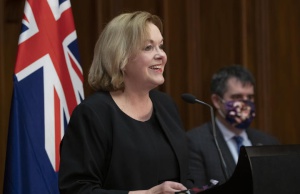 After banging for what has seemed an eternity about how the government doesn’t have a plan for removing restrictions and re-opening the country, National’s own re-opening “plan” unveiled yesterday was always likely to be an anti-climax. No surprise about that. Even so, much of the plan’s content read more like a series of Buzzfeed listicles (5 Points for the Re-Opening, Ten Things the Government Should be Doing, the Three Levels of Risk Posed by Overseas Countries) than a co-ordinated series of logically sequenced steps.

Talking about those Three Levels of Risk… Under a National government, all fully vaccinated returnees would be classified and treated according to how prevalent Covid is judged to be in their points of origin. Returnees from low-risk areas would still need Covid tests pre-departure and on arrival, but once cleared, they would be allowed to enter without any need to isolate. Medium risk countries would trigger seven days of isolation at home. ( In that respect, other family members would be serving as the canaries in the Covid coal mine.) Managed isolation for 14 days would be reserved for returnees from what are deemed to be high risk “red zone” countries.

Beyond that point… Much of the plan consisted of actions the government is already taking (extensive contract tracing, identifying and targeting the sub-groups reluctant to get vaccinated, boosting ICU capacity) but which National promised to do better, faster. Much of the subsequent content amounted to a smorgasbord of ideas (more saliva testing, rapid antigen testing, anti-viral medicines) to be thrown at the virus in the hope that enough of them might stick to reduce the rate of transmission and (cross fingers) keep the rate of hospitalisation and death at politically tolerable levels.

On that last, very sensitive point however, the details remain blurry. On RNZ’s Checkpoint last night, National Covid spokesperson Chris Bishop would not give even a ballpark figure as to what rates of hospitalisation and death would be likely, manageable or tolerable once National had ended the lockdowns and re-opened the borders. The inability to do so, he claimed, was not a problem because… Well, he indicated, the really bad stuff would not eventuate because everything else would work so well to prevent it. As Derek Cheng pointed out in the NZ Herald the National plan involves a “massive dose of wishful thinking.”

One of the lynch pins of the National plan is after a 70-75% level of vaccination has been reached, lockdowns would no longer be needed. In the fine print though, a National government would still retain the ability to re-impose lockdowns if that assumption back-fired, so the claimed difference from the government position on this point came down to an exercise in political posturing.(We’d be more free, unless we needed not to be.). More importantly, National also believes that an 85% level of vaccine take-up among those aged 12 + would be sufficient to justify wholesale border re-openings. But as Cheng pointed out:

Bishop also expects only a “low” number of Covid cases when the borders open up in a risk-based way, even though 85 per cent translates to about 1.5 million unvaccinated Kiwis, including 760,000-odd children up to age 11. Te Pūnaha Matatini modelling for that proportion of unvaccinated people showed 962,362 cases and 4314 deaths, assuming moderate public health measures are used.

This is where the wishful thinking really kicks in. The assumptions include beliefs that (a) our contact tracing system could cope with an explosion of cases (b) our already stretched public health system could cope with the likely Covid caseload among the unvaccinated, not to mention with the added number of “breakthrough” infections among the fully vaccinated and (c) that a higher rate of death and hospitalisation would have little impact on public confidence and business activity. But would we be quite as willing to throng in cafes and restaurants if 30 or more people were dying a week from Covid infections? That sort of thing could have an effect on the foot traffic.

Thankfully, National’s plan – try it and see if the wheels fall off – is at this point, merely a rhetorical exercise. Yet it hardly inspires confidence that this is a credible government in waiting.

Footnote One: Sir John Key and Bishop have both urged the government to buy stocks of the anti-viral medicines that are now trickling onto the market overseas to treat Covid infections. “The government,” Key said in his editorial blast a few days ago, should be taking “positive actions like funding Pharmac to invest in therapies proven to help fight the virus.” On Checkpoint last night, Bishop argued that National is “proposing the use of Covid treatments that we currently don’t have access to in New Zealand [and] that we should be ordering and buying.”

Do Key and Bishop have any idea at all of how expensive these Covid treatments currently are? A few days ago, the World Health Organisation endorsed the work on anti-viral treatments being done by the US firm Regeneron and by its Roche joint partner but appealed to them to make the treatments available worldwide, and at a reasonable price. The WHO asked Regeneron to release patents so that other manufacturers can make bio-similars. Good luck with that.

Complicating the [WHO] endorsement, however, is the cost. REGEN-COV—or Ronapreve outside the United States—is priced at $2,100 per dose in the U.S., $2,000 per dose in Germany and $820 per dose in India.

As a developed country, New Zealand would be in the ballpark of the prices being levied in Germany and the US – i.e. at nearly $NZ3,000 per dose. At that price, what extra funding does Bishop have in mind for Pharmac, to cover the cost of the mass prescribing that he seems to have in mind? How many recipients would he envisage annually, under what qualifying criteria? As the WHO has suggested, antibody cocktails might be a useful alternative to vaccination for, say, the small group of people who are immuno-compromised. Yet these treatments are not a practical answer to the treatment needs, the potential hospitalisation rates, and the likely death risks among the general population, even though National has been touting them as such. Moreover…. as the WHO recently indicated, it is not merely a matter of tipping pills out of a bottle:

So…maybe Key and Bishop would be advised to dial back the messaging that Covid anti-viral medicines are an easy, affordable option that the government is asleep on.

Footnote Two: With full vaccination currently at 44.3% and with a further 33.3% having had one dose, we could be ending the low hanging fruit phase of the vaccination drive at around an 80% vaccination mark. Not surprisingly, New Zealand’s rate of vaccination has slowed since the height of the Delta lockdown. So how to get traction among the remaining 20% ? Some of the hard core anti-vaxxers are beyond reach, and would be likely to treat any government overture as demonic. Are they 5% or 10% of the eligible population ?

Elsewhere though, there are a few reasons for optimism. Among youth, Pasifika are leading other ethnic populations in both the 12-19 and 20 to 34 age groups, which presumably reflects the socially connected impacts of family and church. In the community as a whole though, some church leaders can be barriers to vaccination. Not all. Somewhat surprisingly, given their well known refusal to endorse blood transfusions, Jehovah’s Witnesses do not oppose Covid vaccination.

Footnote Three: To repeat: Modelling is not a prediction, or even a forecast. It indicates a range of differing outcomes that might occur, if certain conditions are held constant. For their own reasons, politicians can choose to highlight the worst case scenario, or to accentuate the least worrisome scenario. In the real world, political interventions can avert some of the worst outcomes, and other factors entirely may well come into play. Covid vaccines for instance, have certainly averted some of the more hair-raising possible outcomes identified in the modelling done at the outset of the pandemic. Here’s a recent example of how predictions of dire Covid outcomes made by Queensland premier Annastacia Palaszczuk ( based on her use of Doherty Institute modelling) were in reality, a worst case scenario with a low level of probability.