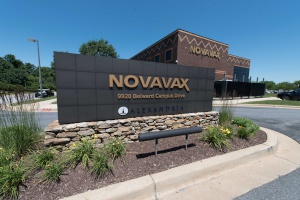 The news that Medsafe has given approval to Johnson & Johnson’s vaccine means the government is finally putting a backup plan in place, after the series of close shaves it has been experiencing of late in getting its deliveries of the Pfizer vaccine. Around the world, Pfizer has become the preferred choice – highly efficacious in preventing serious illness and death, even against the Delta variant, and with (so far) no sign of the rare but serious side effects associated with the AstraZeneca vaccine.

Reportedly, we have two million doses on order of J& J’s vaccine – which is also known as the Janssen vaccine, because it has been developed by Janssen Pharmaceuticals, a J&J subsidiary. While the Pfizer and Moderns shots use the ground-breaking mRNA technology and require two doses to be fully effective, J& J’s product is a more traditional adenovirus vaccine and requires only a single dose – although research is currently being conducted into using it in tandem alongside other vaccines as a “booster” to extend and prolong immunity against Covid-19 and its variants.

Mindful of the rare but deadly problems encountered with the Astra Zeneca vaccine, what is the safety track record of the J&J vaccine? Mixed. In April, rare blood clot problems began to be reported, such that use of the vaccine was briefly suspended in the US and in several other countries. Ultimately, global health authorities have recommended its continued use on the basis that (a) overall, the benefits of the J&J vaccine vastly exceed the risks although (b) the use of the J&J vaccine is not recommended among females under 50, since that’s the group in which the blood clots have been appearing. In other words, the risk profile looks very much like that of the Astra Zeneca vaccine. In Australia, two blood clotting deaths have been linked to the Astra Zeneca vaccine, which Australian health authorities are not recommending to anyone under 60.

In the US, six serious blood clot incidents have been reported among 7 million J& J doses delivered. By contrast, and according to the US Center for Disease Control figures, there have been no blood clot cases among the 97.9 million doses of the Pfizer vaccine and 84.7 million doses of the Moderna vaccine administered so far. Given a choice between a vaccine that has no major side effects and one that has very rare but fatal consequences, it is pretty clear which vaccine most of the public would choose.

This rare (but genuine) concern will limit the extent to which the J&J vaccine can be anything other than a measure of last resort in New Zealand, especially in the context of the upcoming mass vaccination campaign. Since older people will have already enjoyed preferential access to the Pfizer vaccine, the remainder will include the younger age groups which would disproportionately be at risk (however minimally) from the J& J vaccine. So yes, it is a backup option, but not an ideal one. The other potential contender for the backup role is the two dose Novavax vaccine, for which the government has ordered 5.36 million doses. A late starter in the vaccine race, Novavax has yet to be approved, even provisionally, by Medsafe.

A UK-based study (among over 15,000 men and non-pregnant women) about the efficacy and safety of the Novavax vaccine was published early last month in the New England Journal of Medicine. A useful summary of the outcomes can be found here. In June, the Atlantic Monthly magazine made the interesting claim that Novavax was superior even to the mRNA vaccines of Pfizer and Moderna:

Those two particular mRNA vaccines may have been the first to get results from Phase 3 clinical trials, but that’s because of superior trial management, not secret vaccine sauce. For now, they are harder and more expensive to manufacture and distribute than traditional types of vaccines, and their side effects are more common and more severe. [Really? See below. What the writer is talking about here are the occoasional incidence of serious fatigue side effects, and not the rare but deadly blood clots.]

The latest Novavax data confirm that it’s possible to achieve the same efficacy against COVID-19with a more familiar technology that more people may be inclined to trust. (The mRNA vaccines delivered efficacy rates of 95 and 94 percent against the original coronavirus strain in Phase 3 trials, as compared with 96 percent for Novavax in its first trial, and now 90 percent against a mixture of variants.

In other words, the Novavax vaccine is (tentatively) on track to become the main non-mRNA vaccine alternative. Early on, high hopes had been placed on the J&J vaccine to play that role, but it flunked the opportunity.

It [ the J& J vaccine] is based on a fairly new technology, but not as new as mRNA. However, concerns about tainted doses made at a Baltimore factory and the emergence of a very rare but serious side effect have pretty much dashed that hope. The Johnson & Johnson single-dose vaccine has reportedly accounted for fewer than 4 percent of doses administered in the United States.”

Given its problematic rollout in the US, there’s an obvious reason why the J&J vaccine is now readily available on the global market. But there’s an additional reason why the Novavax vaccine could be the better long term bet. That’s because it may be easier for the Novavax vaccine to overcome vaccine hesitancy, because (a) as yet it has no scarce but fatal side effects and ( (b) its non-lethal side effects seem to be milder than those associated with the Pfizer shots. Here’s the Atlantic again:

Last week’s data showed that about 40 percent of people who receive Novavax report fatigue after the second dose, as compared with 65 percent for Moderna and more than 55 percent for Pfizer. Based on the results of Novavax’s first efficacy trial in the U.K., side effects (including but not limited to fatigue) aren’t just less frequent; they’re milder too. That’s a very big deal for people on hourly wages, who already bear a disproportionate risk of getting COVID-19, and who have been less likely to get vaccinated in part because of the risk of losing days of work to post-vaccine fever, pain, or malaise. Side effects are a big barrier for COVID-vaccine acceptance. The CDC reported on Monday that, according to a survey conducted in the spring, only about half of adults under the age of 40 have gotten the vaccine or definitely intend to do so, and that, among the rest, 56 percent say they are concerned about side effects. Lower rates of adverse events are likely to be a bigger issue still for parents, when considering vaccination for their children.

So yes, it is good to have another vaccine as backup for those nail-biting Pfizer deliveries. But currently, the J& J vaccine looks more problematic than the Novavax option, especially in the context of a mass vaccine rollout. In the Stuff article linked to above, Covid Minister Chris Hipkins explained the scenario where the J&J vaccine might be wheeled into use:

Hipkins said the Janssen vaccine could be useful to reach distant corners of the country or if there was an emergency. “If we were dealing with a large-scale outbreak, for example, or an outbreak that was accelerating in size, where we wanted to really scale up our vaccination in a particular area, then having an extra option is a handy thing to have.”

Let’s hope we never have to use it.

The assassination in his home of Haiti’s president Jovenel Moise by a squad disguised as US drug enforcement officers, hardly comes as a surprise. Moise’s rule had been marked by increasing levels of corruption, by authoritarian decrees and by the violence he was suspected of directing against his political rivals and human rights activists alike. There’s now something of a political void. Under the constitution, the chief justice should become interim president, but the chief justice died last month of Covid, and Moise had just fired the prime minister and was about to appoint a new one. So there’s no clear line of succession. Presumably the fired PM – who announced Moise’s death – will try to stay on, until fresh elections can be called. Good luck with that.

All of this is depressingly consistent with Haiti’s nightmarish history, ever since the world’s first successful slave rebellion overthrew French colonial rule. By my count…between the country’s founding in 1804 and 1915, only two out of 26 heads of state served out their full term of office. Coups, assassinations, a suicide and an execution accounted for the rest. After President Vilbrun Sam was torn apart by an angry mob in 1915, the US invaded and ruled until 1934. Between 1957 and 1986, Papa Doc Duvalier and his son ruled the country, via the dreaded Tonton Macoutes.

Within the modern era, the closest thing Haiti has had to a popular and competent leader was the former priest Jean-Bertrand Aristide, who was overthrown twice, in 1991 and 2004. Since then, the country’s misery has been compounded by the devastating 2010 earthquake and by a deadly cholera epidemic caused by UN troops from Nepal, who had been sent in to provide Haiti with reconstruction aid. While its history makes pessimism about Haiti hard to avoid, it feels defeatist to treat it as a hopeless case. Given half a chance – by the US, and by Haiti’s predatory business elites – Aristide might have eventually turned the country around. Now 68, Aristide has just arrived in Cuba for treatment for Covid.

Footnote: Robert Heinl’s recently updated Written in Blood is still the best (and best written) account of Haiti’s political history from 1492 until 1995. The most atmospheric account of the fall of the Duvaliers and of the early hopes that Aristide and his Lavalas movement inspired is still Amy Wilentz’ wonderful book The Rainy Season.

It has been a long time coming, but here’s the first single off Courtney Barnett’s new album… More than ever, she and Kurt Vile sound like twins separated at birth.