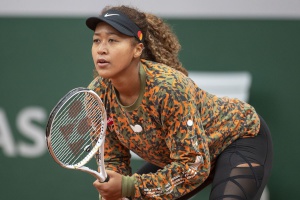 Last Sunday as we all now know, Japanese tennis star Naomi Osaka withdrew from the French Open. She had felt that the compulsory after-match press conferences would affect her mental health, and detract from her ability to play at her best. She eventually withdrew, she later said, because the furore over her media decision was also turning into a potential distraction for other players, and for the tournament as a whole. How crucial are these media conferences? The day before, a reporter had asked 17 year old rising star Coco Gauff this question:

“You are often compared to the Williams sisters. Maybe it’s because you’re black. But I guess it’s because you’re talented and maybe American too. We could have a final between you and Serena. Is it something you hope for? I mean, 22 years separate you girls.”

That’s a pretty good example of one major aim of these after-match trolling exercises. Straight after the game is over, the media gets an opportunity to push as many buttons as it can. Your blackness. Your nationality. Your alleged rivalry with Serena. Serena’s age. Your age. Surely somewhere in there, an exhausted teenager who has just come off court can be prodded into saying something controversial.

In an excellent piece in the Guardian, Jonathan Liew wrote: “The great conceit of the press conference is that it is basically a direct line from the athlete to the public at large, that we humble scribes are but the people’s faithful eyes and ears in the land of the gods…”In fact,” Liew continued, “It is a cynical and often predatory game in which the object is to mine as much content from the subject as possible. Gossip: good. Anger: good. Feuds: good. Tears: good. Personal tragedy: good” Regularly, an extrovert like Nick Kyrgios feeds the tennis media with all of that, and more. That’s why the media loves that bad boy. Kyrgios can be relied on to feed the tabloids with raw meat.

Carefully – and in her usual introverted fashion- Osaka had asked in her statement explaining her French Open withdrawal that she hoped that mental health issues would not be trivialised. Fat chance. Piers Morgan claimed that Osaka was a “brat” who was using mental health as an excuse to avoid doing interviews. Yes, this would be the same Piers Morgan who walked off the set of his own show a couple of months ago, rather than answer questions from his co-hosts about his hostility to Prince Harry and Meghan Markle. On TV3’s The Project, Jesse Mulligan claimed that doing those press conferences was part of Osaka’s job. RNZ’s media commentator Gavin Ellis suggested that Osaka was getting too big for her Nikes. (As Serena Williams would probably confirm, nothing seems to rile the media quite so much as an uppity young black woman.) Ellis later walked back some – but only some- of his criticism.

Lets dispense with this “part of the job” nonsense. Osaka’s job is to play tennis. She does it really well. Fans buy tickets to tournaments like Wimbledon and Roland Garros in order to see stars like Osaka in action. This power is not a product of after-match press conferences. They’re merely a sideshow. It is through her own efforts on court that Osaka earns her sponsorship money. And it is because of stars like Osaka, Williams, Nadal, Federer and Djokovic that journeyman players on the tennis circuit get to earn a pretty decent living. To assume that Osaka owes anything extra to the media or to the tournament organisers is to get the obligations grotesquely around the wrong way. “Hard as it is to believe,” Liew wrote,“ Osaka’s function as an entertainer and corporate billboard is contingent on her playing tennis at an appointed hour, rather than being forced to sit in a windowless room explaining herself to a roomful of middle-aged men.”

When the rules of employment require young people to continue to put their mental health at risk, this is normally the sort of thing the media is keen to expose. Sometimes, it will even give itself journalism prizes for doing so. Not this time. Instead, the likes of Ellis and Mulligan appear to regard the compulsion as inevitable. As almost in fact, a moral necessity. It is no such thing. As the Columbia Journalism Review has usefully pointed out in its coverage of the Osaka incident, this is not a situation where the freedom of the press is being limited. It is a situation where press scrutiny is being enforced. The element of compulsion struck the CJR as being problematic. Again, Liew hit that point right on the button :

“In many countries journalists are literally being killed for doing their job. Meanwhile in Paris, tennis journalists are facing the prospect of having to construct an article entirely from their own words. One of these things is not like the others.”

Ever since she first appeared on the tennis circuit, Osaka has been known to be a shy introvert, off court. She has spoken before about the challenges of growing up in Japan as the child of a Japanese woman and a black Haitian father. She has recalled the sting as a young teen of being taunted as “the black girl” by some of her opponents. Since she began winning Grand Slams, Japan has claimed her success with pride while continuing to (a) disparage her less than fluent Japanese language skills, and(b) criticise her for not being “Japanese” enough in her demeanour. She has not been the only major Japanese sports figure to occasionally buckle under this kind of whiplash scrutiny. Before and since winning the Masters golf major, Hideki Matsuyama has felt the strain:

Back home, Matsuyama is obsessed over to the degree that he and his wife kept both their marriage and the birth of their child [a secret] from the rabid Japanese media. Reporters write about every little thing, including, for instance, the weight Matsuyama has gained since moving to America. It’s constant and oppressive but not a surprise. He carries an enormous burden as the best male Japanese golfer, because of the vital and complex importance the sport has carried in the country since the end of World War II. This burden has proved too much for him at times. When he made five bogeys coming home with a chance to win the 2017 PGA Championship, he broke down and wept on Japanese television after the round.

It should be obvious that such levels of sustained media pressure are unhealthy. It is inhumane to compel people to expose themselves to it, especially after the young person bearing the brunt has already signalled that she is feeling at a low point in her ability to cope. Instead, Osaka has been fined and possibly faces being shut out of Grand Slam tennis events altogether in future. Again, Liew deserves the last word :

As a journalist who has sat through thousands of these inane obligations, and entertained numerous apocalyptic thoughts in the process, my first instinct was naturally to sympathise [with Osaka] . And yet, the resounding chorus of condemnation and blind outrage suggests that there are some surprisingly strong feelings out there. For some, the press conference is clearly a sacred way of life. You may take our lives. But you’ll never take our ability to ask an athlete “how they felt it went out there today, you know?”

Footnote: How to mediate the media access to celebrities – sporting or royal – has become a problem. With Osaka, maybe the tournament organisers and media can look to New Zealand politicians for a compromise solution. On RNZ, what regular listeners haven’t heard a variation of this message: “ The Minister has declined RNZ’s request for an interview but has issued these comments instead.” That’s a commonplace occurrence, even when a clear public interest is at stake. Yet, to my recall, no Cabinet Minister has ever been fined or threatened with expulsion from the executive wing for ducking a live interview, or for not holding a press conference. (We can only hope that they’re not getting too big for their Nikes.)

Maybe Osaka should be allowed to do likewise. If sports reporters really are chronically incapable of using their own powers of description to write a story about a tennis match they’ve just witnessed, maybe Osaka can still help them out. Perhaps she can be allowed to release – from the privacy of her own apartment – a written statement about how it felt out there today, and what its like to be half black, and a young woman, and playing Serena Williams in her dotage. You know: something that address the essential issues.

Joking aside, that would at least leave Osaka freer to play tennis. We might also avoid having other young women being confronted in future with questions like the one pitched atCoco Gauff, or like the one faced by Canada’s Eugenie Bouchard at Wimbledon in 2013: “I noticed you tweeted a picture. Are you prepared that if you go on a long run you may be held up as a sex symbol, given you’re very good looking?” C’mon, give us the answer. Its part of your job.

If only Nina Simone was still around to actively support Naomi Osaka. As Simone says here, her chain of inspiration included Lorraine Hansberry, Billie Holiday and Langston Hughes.

When you feelin’ really low
Yeah, there’s a great truth that you should know
When you’re young, gifted and black
Your soul’s intact