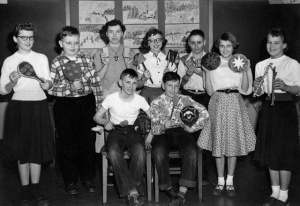 Bob Dylan turns 80 today. And at such a moment, are we gathered here to praise him, or to bury him and erect a monument? A bit of both, I guess. Also, there’s always been a further purpose to the what, how, and why of Dylanology in that it serves to validate one’s own life experience and debts to the great man (“Mr Tambourine Man” blew my mind/saved my life, man, back in the day”etc etc.) Plus, in any exercise of this sort there is a tendency to use the occasion to lecture the young about the significance of past glories… Although in Dylan’s case that is problematic. Of all the musical heroes of the boomer generation (the Beatles, Jimi Hendrix, Velvet Underground, David Bowie, Michael Jackson, Bruce Springsteen) Bob Dylan tends to be one of the least accessible to the generations who have come along afterwards. You really did have to be there.

One reason for saying so is that when an artist changes popular music as thoroughly as Dylan has done, it can be hard to see the landscape because we’re still living in it, and taking its perspectives for granted. To borrow a phrase, we’ve all been to Bob School, young and old. He changed the lyric content of what popular music can concern itself with – even though he returned to honour some of that old ‘moon and June’ stuff in later life – and he also changed the rules for how you express it. Who cared any more if some lines had twice as many syllables as the singer could possibly deliver on time?

Even more basically, as has often been noted, he expanded the notion of what a popular singer can sound like. When parents said “He can’t sing” (a) they were wrong and (b) that was the point. Dylan inspired a lot of people who had felt they were no great shakes in the vocal department, to pick up a guitar and sing. The whole notion of DIY began with Dylan’s rambling song structures, his personal/politico//mystical imagery and with his demonstration that all kinds of voices are valid. As the song says, his voice came from you and me. Aside : so should Dylan also be blamed for the rivers of confessional self pity-pop – man with beard, guitar and a story to tell – that have come along after him? Not really. I blame Paul Simon for much of that. A rock feels no pain, an island never cries etc.

One further element in the mix made for a revolution. For the best part of two decades at least (early 1960-s to late 1970s) and through a range of styles and guises, the one constant running through them all was the sense that Dylan was always one step ahead of everyone else. He just seemed to know with uncanny instinct just where popular culture was headed, in those moments when he wasn’t carting it there single-handedly. That’s what I mean by saying “you had to be there.” During the mid 1960s, it felt at times as if an entire generation had this visionary at its helm. Even John Lennon felt it. When everything else failed, Dylan seemed for a while to have figured things out and would stylishly land, again and again, in a far cooler place than one’s own efforts were managing to contrive.

Since then of course, things have evened out. Dylan may have been ahead of his time, but he was also of his time. Women in Dylan songs for example, tend to be either goddesses or vixens. They’re either angels sent to inspire, to bewitch or to provide shelter from the storm, or they’re sirens intent on messing you up, dragging you down and killing your buzz. Wise women, Dylan even suggested in one song, know too much to argue or to judge.

Judging though, was Dylan’s own special stock in trade. You can draw a clean line from the biblical wrath of “When The Ship Comes In” to the “don’t be such a drag, babe ” petulance of “Don’t Think Twice” and “Positively 4th Street” right on through to the righteous scorn of “Idiot Wind” and onwards to the hectoring songs of his Christian period. With age, the put-downs have become more oblique, and they’ve finally become a bit more self-inclusive. Take this verse for example, which wraps the kiss-off somewhat differently than in days gone by:

Well, my sense of humanity has gone down the drain
Behind every beautiful thing there’s been some kind of pain
She wrote me a letter and she wrote it so kind
She put down in writin’ what was in her mind
I just don’t see why I should even care
It’s not dark yet but it’s gettin’ there…

Right…. She’s nailed it, but I’m just too tuckered out to argue with the judgement that sheesh, she’s even bothered to set down on paper. I could have that interpretation quite wrong, of course. There is not much of a consensus these days about anything to do with Dylan’s life and works. Go to Dylan sites and the threads online and they tend to be repositories of highly personal testimonies. (Every fan is the guardian of their own Dylan archive.) And as the boomers enter their sunset years and argue crankily on the digital porch about the relative worth of this or that Dylan song or album – is Street Legal a great Dylan album or merely the idea of a great Dylan album?– we can only hope to be indulged by our offspring, and that they’ll still love us, regardless.

A Playlist!
Yep, another Dylan playlist. There’s are any number of ways of doing this. The Aquarium Drunkard site for instance has just created a megamix out of multiple versions of“One Too Many Mornings.” It is worth checking out. But IMO, the song may not be strong enough to carry the weight. After multiple entrees of “Down the street the dogs are barkin’/and the day is a-getting’ dark” it feels a bit too much like Groundhog Day.

But…as someone said a few days ago about the golfer Phil Mickelson, when innocence gives way to experience, there’s always a tendency to overthink things. For what it s worth, this column will end with a Spotify playlist I’ve made of some of Dylan’s music. It isn’t a greatest hits package. You can hear great songs like “Desolation Row” and “Visions of Johanna” and “Like a Rolling Stone” elsewhere, anytime. I’m not claiming my list to be the best Dylan songs, ever.

It isn’t a chronological list either, although it does begin with an early acoustic track and ends with last year’s “I’ve Made Up My Mind To Give Myself to You” on which Dylan takes the melody of Offenbach’s “Barcarolle” and uses it for his own purposes. (The charge of plagiarism occasionally levelled at Dylan has always seemed beside the point. And besides, its happened to Offenbach before.) In this song, is Dylan offering himself up to his beloved, or to God, or is he just accepting the running down of his mortal clock? You be the judge. Elsewhere, I’ve written at length in this column about his early 1965 version of “I’ll Keep It With Mine” It still strikes me as a song of startling compassion, and is the polar opposite of those epic diss tracks from the same period like“ It Ain’t Me Babe” ‘Don’t Think Twice“ Positively Fourth Street” and a stack of others.

Finally… ”Let Me Die In My Footsteps” was an early example of the stance of world-weary geezerdom that Dylan has chosen to adopt for sentimental reasons from time to time, ever since his early 20s. “Bob Dylan’s Dream” was another track from that early period in which he affected a perspective way beyond his years. With the passage of time, the geezerdom now comes more naturally, and often with a leavening of wry grace. In old age, Dylan publicly exhibits few traces of the raging mean spirit of peers like Van Morrison and Eric Clapton. To borrow a term used by the New Yorker’s Amanda Petrusich, a golden years melancholy seems to have settled of late over much of Dylan‘s music and – for all we know – over his life in general. Lay down your weary tune, indeed. Lets hope the kids and grandkids are there today to help him blow out the candles.