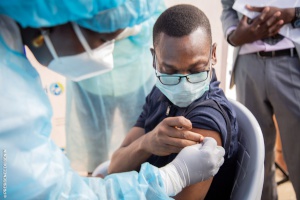 As the commencement date for New Zealand’s mass vaccination rollout looms and recedes– and it has now been pushed back until late July at the earliest – the media focus has been on whether Pfizer will deliver a sufficient number of vaccines to us on time. While a concern, it should be kept in mind that Pfizer has (so far) met its delivery commitments. In fact, getting the vaccines into the country may be the least of our worries.

Frankly, it will be a massive task to set up and administer a vaccination programme for millions of people even if everyone was willing to receive the vaccine (and they aren’t) and even if all of them were conveniently located in our big cities. And they’re not. Getting the vaccines and the teams of vaccinators into rural and provincial parts of the country ( which will involve mobilising rural GPs and setting up rural vaccination hubs) is going to be a very difficult task to coordinate. We have barely begun to discuss the logistics effort that will be required to do it competently.

That’s only the half of it. The other elements of the vaccination programme will involve – at the very least – the setting up of dedicated 0800 lines to handle the inevitable onrush of bookings, without the lines crashing under the traffic. That will also mean ensuring there are sufficient receptionists hired to staff the lines. No word as yet though on whether and when such a system is being set up.

More to the point, the Pfizer vaccine is a two shot regime. How does the Health Ministry plan to record and to administer the vaccination schedules of millions of New Zealanders, and to send out the necessary reminders ? Or will people be given a vaccination card that they will be asked to keep track of themselves? If so, that would make the recording of our progress towards the 70% vaccination target a matter of guesswork, at best.

The Australians have gone further down the track on their rollout than we have. Hopefully PM Jacinda Ardern will be picking up a few cautionary tips from Australian PM Scott Morrison during their current summit in Queenstown. Here’s how things have been going in the state of Victoria – which admittedly has been trying to organise its rollout in the middle of a community outbreak:

Victoria’s vaccination rollout has been overwhelmed by people seeking protection against the latest COVID-19 outbreak, with the state government unable to deploy a high-tech management system it bought three months ago to support mass inoculation.

The short-notice expansion of the vaccination schedule to include anyone in their 40s pushed the state’s capacity to take new bookings beyond breaking point. A dedicated 1-800 vaccination hotline struggled to cope with demand and Victoria’s senior public servants issued an SOS for more staff to man the phones

Right. And it shouldn’t come to this because…. Victoria had purchased a hi-tech solution to manage the data flows. In February, Microsoft announced that the Victorian government could rely on Microsoft’s Vaccination Registration and Administration Solution platform, in use in several US states. According to Microsoft, it would only have to “fine-tune” the platform to render it fit for purpose in Victoria.

Well, it hasn’t worked out that way. The costly platform still isn’t operational:

Senior government sources conceded that bedding down the platform had not been given priority owing to the shortage of vaccines and tepid demand before this week’s outbreak in Melbourne’s northern suburbs, which forced the state into its fourth lockdown. It remains unclear when the Vaccination Registration and Administration Solution program, secured at a cost of $5.8 million, will join the COVID-19 response. Government sources said the platform was scheduled to go live next week, while COVID-19 response commander Jeroen Weimar said Victoria would establish an online booking system “over the weeks ahead”.

To be clear, some kind of platform is required (a) in order to record and track individual appointments (b) to report any side effects, (c) to offer follow-up consultations and (d) to enable health providers and pharmacies to monitor the rollout of vaccine batches. What is the state of pre-planning in New Zealand for the setting up of an online booking system of this complexity? No-one knows. In Victoria, the lack of a reliable platform has been a problem :

The absence of an online booking system for vaccination appointments created a chaotic first day of Victoria’s week-long lockdown. People who wanted to get vaccinated were unable to book an appointment, while walk-up customers were turned away from mass vaccination clinics.

Callers who rang the dedicated vaccine hotline said their calls were cut off or went unanswered, or they continually heard the engaged signal. There was still no response from some phone lines at 3.30pm on Friday. By that time, appointments for the Pfizer vaccine at some centres were booked out for weeks. In frustration, people began calling hospitals directly in an attempt to book their vaccines at hospital-run vaccine clinics.
It isn’t very hard to imagine that similar traffic jams may occur here. What steps does the government have in train to prevent them? Has it got a dedicated 0800 bookings line in mind, and how many trained receptionists is it hiring and training so that will be aware of the location of vaccination hubs nationwide, so that they will be able to advise the caller of the nearest one?

Has New Zealand invested in the Microsoft registration system – and if so at what cost? Has it been running trials to test the platform’s functionality under New Zealand conditions, and if so, how? And if it isn’t intending to use the Microsoft system, what programme will we be relying upon? Will walk-up vaccinations be accepted, or will only those people who have booked online or by phone be accepted? Wil people be able to receive vaccinations by walking into public hospitals, and if so, how will this affect the functioning of A & E facilities? How will side-effects be recorded, and followed up?

The need for a reminder system for ensuring second shot vaccinations to take place has been underlined by the recent findings about the India and UK Covid variants. The effectiveness of a single Pfizer shot has been reduced by the variants, but the vaccine retains much of its preventative power once the second shot has been given. Again, any system that is relying on people to remember just when they need to come back for their second shot, – and any system that fails to record whether or not they did so – will make progress towards the 70% herd immunity target a matter of guesswork. So much to learn, so little time.

Footnote One : All along 70% seemed a low figure for anything resembling genuine “herd immunity.” Reportedly, that figure has been revised upwards overseas, to 80%.

Footnote Two. Scientific findings about the “Indian” and “UK “Covid variants, – and from what little is known about the new “Vietnam hybrid” form of the virus – would seem to indicate is that the main risk of transmission is by air, via aerosols. Last year, our Health Ministry only grudgingly came to accept the value of wearing masks, because initially it was wedded to the notion that transmission was primarily via droplets deposited onto surfaces. That’s why the official emphasis was on a two-metre zone of social distancing, and on thorough handwashing; and that’s why we all ended up putting so much effort into washing our supermarket groceries and vegetables.

That emphasis may have been misplaced. Now that aerosols – tiny particles carried in the air – have made mask-wearing a valued and more effective response, far more effort should be placed on upgrading the ventilation systems in offices and places of business.

Arguably, much of the hundreds of millions of dollars that have been poured into making buildings safe from the relatively rare risk of a seismic event would be better re-directed into installing ventilation systems to render offices safe from the aerosol transmission risk posed by the pandemic. Perhaps offices and business premises need to be stickered for the relative risk levels of aerosol transmission that their ventilation systems pose to their staff, and to the general public.

Pop music, but not popular

As musical tastes have splintered into an atomised array of tribes and sub-genres, it is common to find what sound like perfect pop songs that might have been massive hits in days gone by. Today, they lack only one component – they’re not “popular” …At least as the term was understood during the days of the monoculture when, by and large, everyone got exposed to a lot of the same music.

Here’s a current example of something that could be/should be a hit but probably won’t be. Girl Ray is a trio from north London, and they’ve edited their new single to snare the radio airplay and popularity that will still probably elude it. I’ve linked instead to the full eight minute video, which openly shares its love for the horror movie Midsommar