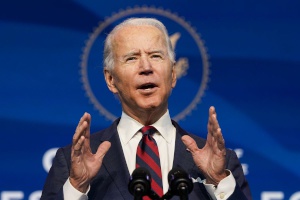 The difficulty with translating the Treaty partnership into the realities of parliamentary rule is that at best, Maori have been treated only as co-pilots, still flying on captain’s orders. Yet if we have learned anything in the past 180 years, it is that the Maori passengers on board will reach their destination only if and when Maori are at the controls. Ultimately, true equality means more than just having an input, however valued, into someone else’s decisions.

Both major parties have struggled to deliver on the Treaty’s Article 2 vision of equality. For decades, National has chosen instead to play on fears about Maori autonomy. From English’s “one waka” messaging of 2002 to Don Brash’s “one nation” messaging at Orewa, National has trawled for votes by raising the spectre of Maori separatism. Over the weekend, National’s current leader Judith Collins was at it again, claiming that the end of democracy was nigh because the recently announced heath reforms would put Maori in command of health delivery to Maori.

Earlier in the week, Collins had denounced the recently proposed Maori Health Authority as “racist separation and segregation”. On the weekend, she added: “Labour has said its changes are about meeting Treaty obligations, and Labour has interpreted Article 2 and Tino Rangatiratanga as requiring Māori decision-making at all levels of the system…The proposed Māori Health Authority will not only have the ability to commission its own work, but also the ability to veto decisions made by the government on general health…..Do we want separation of governance along ethnic lines?” In her nightmare projections from this scenario, Maori are headed for separate justice, education and resource management systems, all of which will allegedly culminate in Labour creating a separate Maori upper House in Parliament with the power to veto any and all decisions made by Parliament. The horror, the horror…

To say the least, such conclusions are quite a leap from simply allowing a Māori Health Authority to set policies for Māori health, to choose those who will deliver those services and to fund them accordingly. The model being touted for the MHA is Whanau Ora, which National hasn’t previously depicted as heralding the end of Westminster democracy.

As analyst Ben Thomas has already suggested, racial alarmism doesn’t tend to win elections for National. English lost heavily in 2002, and Brash lost again in 2005. Historically, Thomas indicated, the race card has been the last resort of leaders desperately seeking a bump in the polls. Even on the narrow issue of the health reforms, Collins is being premature. While the envisaged MHA structure does devolve power, the funding that will be crucial to the MHA’s effectiveness has not yet been announced. Given the scale of the health needs in Maori communities, it is a safe bet that the MHA funding due to be announced closer to Budget Day May 20 will not be enough.

In sum…so long as Maori delivery systems to meet Maori social needs remain reliant upon funding levels set by the Crown, it is a bit soon to be talking about national unity being on its deathbed. Certainly, the MHA marks a major step in the right direction after all other options have failed Maori health needs. Yet tino rangitiratanga remains as elusive as ever.

Talking about ruling amid genuine division and polarisation…Joe Biden continues to confound expectations. Biden took office only two weeks after the Capitol riot, during a deadly pandemic and confronted with the worst US jobs figures in several decades. As Foreign Policy has pointed out, Biden also had to rebuild Washington’s alliances abroad, tackle climate change, and address the growing challenge presented by China. “Plus, to deal with all these issues, he had to somehow unite a deeply divided Congress, even as polls revealed 3 out of 4 Republican voters believed he was not the legitimate winner of the election.”

After only 100 days in office however, Biden is being seriously compared to Franklin D. Roosevelt, the 20th century’s most progressive US president. It is as if something has gone wrong with the TV set. I mean, Joe Biden? For sound historical reasons, Biden has long been derided as a closet conservative and lifelong compromiser who if elected, would cozy up to his old pals in the Republican Party and trade off the aims held dear by Democratic progressives. Well, it hasn’t panned out like that.

Instead, Biden has unveiled a $1.9 trillion Covid recovery package twice as big as Barack Obama’s response to the Global Financial Crisis. Last week Biden also launched a massive trillion dollar plus support package for low and middle-income families and children. Reportedly, this will be funded by sharply increasing taxes not only on the mega-rich but by raising taxes on everyone earning over $400,000. The welfare package will also crack down on corporate tax evasion and significantly raise the US capital gains tax. Trickle down economics, Biden declared last week, has failed. Big government is back because government is the only entity able to do what needs to be done.

By way of comparison… The Ardern government, despite facing no parliamentary impediment whatsoever, has managed to come up with only a blueprint for health reform in twice the time that Biden has been in office. So… How left wing is the 2021 incarnation of Joe Biden? As the New York Times’ Michael Barbaro pointed out last week, it is not as though Biden has had an overnight conversion. He was saying all this stuff on the road to the nomination, but nobody took much notice because his rivals were promising a whole lot more.

More to the point though, while there has been a lot of spending earmarked for meeting America’s infrastructural and social needs, those trillion-dollar packages have not created much in the way of new and lasting entitlements. Oddly enough that point – he’s not very left wing – has been made forcefully in a piece called “ Biden’s Stalled Revolution” written by one of Biden’s right wing critics, for the conservative National Review. As the NR’s Ramesh Ponnuru says, “While both parties have their reasons for depicting the Democratic government in Washington, D.C., as a progressive juggernaut, that doesn’t mean it’s true. For all of the Democrats’ ambitions to transform the country, there’s not a lot of transformation under way.” Look at what is not happening, Ponnuru suggests:

A ban on assault weapons. Statehood for the District of Columbia. Expansion of the Supreme Court to make room for more progressives. Limits on carbon emissions. A $15 minimum wage. A ban on state voter-ID requirements. An amnesty for illegal immigrants. Measures to increase unionization. The Equality Act. What these policies have in common, besides thrilling progressives, is that they are not on track to become law. Some of them don’t have majority support in a Democratic Senate. None of them has the supermajority support needed to break a filibuster. And the Democrats don’t have a majority for weakening those supermajority requirements, either.

The big thing, and maybe the only thing that Biden can do in the circumstances, is spend:

It’s Biden’s record and proposals on spending that have done the most to cement the impression that he is accomplishing more than Barack Obama did….The political constraints on spending have loosened. The Republican Party, having supported large spending increases under both of its last presidents, has lost both credibility as a proponent of thrift and interest in playing the role. But if large increases in spending were all it took to mark the dawn of a new liberal era, we would have to say that ours began in the last year of Donald Trump’s presidency, which saw $3.5 trillion in federal spending prompted by the COVID pandemic.

To repeat: Biden’s spending spree is not – by and large – going into creating permanent new entitlement programmes. To put that in New Zealand terms, it is like the Ardern government lavishing money on the Winter Energy payments, while not enacting the structural reforms – starting with benefit levels – advocated by the Welfare Expert Advisory Group. Unlike Jacinda Ardern though, Biden has taken the spending route because it is the only one open to him, given he faces formidable impediments to his ability to get structural change through the Senate.

As Ponnuru says, keep in mind that the Trump administration slashed the corporate tax rate from 35 % to 21%. Biden merely wants to take it back up to 28%, but conservative Democrats senators like Joe Manchin will accept only a nominal increase, to 25% :

A four-point increase in the corporate-tax rate would leave most of the Republican [Trump era ] tax reduction in place. It would also leave the U.S. with a lower statutory rate than in any year from 1941 through 2017…

As Ponnuru concludes, the notion that Biden is leaving behind the half-measures of the Obama years is also not entirely true:

The first two years of the Obama presidency included, in addition to the stimulus, a permanent expansion of taxes, spending, and regulation in the Obamacare legislation; new regulation of the financial industry; and repeal of the military’s “don’t ask, don’t tell” policy. Biden is not set to achieve anything comparable in his first two years. The first law Obama signed was the Lilly Ledbetter Fair Pay Act, which made it easier for employees to win lawsuits alleging sex discrimination at work. If Biden had to get that law through this Congress, it would be too heavy a lift.

In the end, it doesn’t really matter whether Biden is, or isn’t personally left wing. The genuine constraint on the Democrats’ ability to push structural reform through Congress is what will determine the legislative outcomes. And even if (miraculously) it did prove possible to get significant structural changes through the Senate, such measures would then be likely to be struck down by a conservative Supreme Court.

Real, sustainable change will require the Democrats to pick up a Senate seat or two in the 2022 midterm elections. Ironically, the premature talk of a strong shift leftwards by the Biden administration could well make that outcome less likely, not more likely.

On the 24th of this month, Bob Dylan will be turning 80 years old, and you’ve probably made your own plans already for the birthday celebration. Dylan karaoke, trivia quizzes, best lyric/worst lyric recitations etc etc. It’ll be fun.

By my count, Weyes Blood (aka Natalie Mering) was born almost exactly 22 years after Dylan released “Sad Eyed Lady of the Lowlands”. The song can be divisive – it is stately and epic at times and ploddingly opaque at others, with no finale or direction home. Oddly, the next time that Dylan wrote so poetically and at similar length about a romantic ideal came ten years later with the bitter divorce epic “ Idiot Wind ” ….which heaped an excess of scorn on its target roughly equal to the excess of adoration that he compiled on “Sad Eyed Lady of the Lowlands.”

Natalie Mering gives the song as good as reading as it will ever receive, regardless of her Cannery Row/Canary Row mistake with the lyrics. Reportedly, Dylan wrote quite a few of the lyrics for “Sad Eyed Lady of the Lowlands” in the studio while the band waited around for him, and they began recording it at 4am. The song does succeed in evoking that mysterious “this night will never end” feeling. (“Visions of Johanna” was another one of his nocturnal classics.) Love can be tiring.