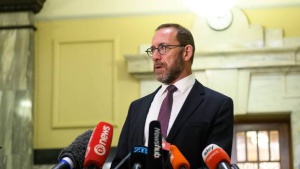 Usually “reform” of government agencies is a cost cutting exercise in disguise, but this morning’s revision of the health system looks totally different. These reforms amount to the biggest shake-up of the health system since the neo-liberal reforms of the early 1990s, which have now been completely reversed. Good. The main ingredients announced by Health Minister Andrew Little this morning have included the setting up of a new and truly independent Maori Health Authority. Obviously, the funding for the Maori Health Authority (MHA) will be crucial to its ability to do its job, but that figure will be kept under wraps until closer to Budget Day, May 20.

Little also announced the scrapping of the DHB system and its replacement by a new agency likely to be called Health NZ. Among other things, this new agency will be tasked with ensuring a consistent level of health delivery right across the entire country in line with policies set by a streamlined Ministry of Health.

As expected, the reforms will attempt to shift health resources to primary and community care, and (hopefully) will lift some of the burden from a stretched hospital system. Little’s announcements went far beyond the recommendations contained in last year‘s Health and Disability Review chaired by health economist Heather Simpson. That review had been split over the independence of the MHA and its required level of funding. Simpson and only two of the panel had pushed through a minority proposal for a dependent Crown agency with a stingy annual budget of only $23 million.

Correctly, the government decided that option would be tokenism given the challenges posed by the dire Maori health statistics, and has gone instead for an independent body with its own commissioning powers and dedicated funding. ( Essentially, this was the alternative view put forward by the dissenters on the Simpson panel.) Obviously, the gap between $23 million and the as yet un-disclosed figure required to do the job properly could theoretically be immense :

Maori health advocate Lance Norman says the budget [for the MHA] needs to be $5 billion – a quarter of the total health spend – because Maori make up 25 percent of the health system, despite only making up 16 percent of the population.

Clearly anything like that $5 billion figure would require a vast infusion of new money. Given the levels of need within the current hospital system, there is precious little scope for funding the MHA adequately by simply shifting some of the money across from the hospital system into the MHA. Some people will baulk on principle at the creation of what will essentially be two separate health agencies: Health NZ to meet the health needs of the general population and right alongside it as an equal, the MHA with its iwi- Maori partnership boards operating at the grassroots. Yet obviously, the current system has been failing Maori for decades:

On average, Māori die seven years younger than non-Māori, and are more likely to die of heart disease, strokes, and cancer.

The logic of the new reforms with respect to Maori health needs is much the same as with the successful model of Whanau Ora. Essentially, that model says that Maori have to manage the delivery of the health needs of Maori, if significant gains are to be achieved.

The new super agency will replace the fragmented DHB system, an experiment now marked by unnecessary and costly duplication, and scandalously variable quality between DHBs. The neo-liberal theory of the early 1990s that inspired the DHB system (ie the belief that competition for resources would generate cost saving efficiencies) has been put in the dustbin of history where it belongs. Yes, a certain amount of local democracy (ie the ability to elect people onto district health boards) will be lost as power gets re-concentrated in one central agency.

Arguably though, the gains from an improved delivery of a consistent quality will justify the change. Health NZ will also be responsible for overseeing the funds, hopefully preventing the “blowouts” within inadequate DHB budgets that only led to further cuts in services. In the end, the ability to elect a few locals to district health boards did nothing to stem the rising tide of unmet needs within public health, and could do nothing to prevent the systematic underfunding of the public health system that occurred between 2010 and 2018.

Even though there will be longer term savings from scrapping the DHBs, dismantling them will cost money in the short term. (Recently, Opposition health spokesperson Shane Reti speculated that the cost of DHB amalgamation could be in the vicinity of $300-500 million) That aside, the related shift to primary and community care – and away from a reliance on the hospital system as the main, accessible site of health delivery – will be a monumental task. Amid the Little announcements was a startling decision to also scrap the 30 or so public health organisations ( PHOs) that currently manage the delivery of primary care. This responsibility too, will be placed under the giant umbrella of the new Health NZ agency. Not many people saw that change coming.

Much the fine detail ( and the funding figures) will emerge over coming days and weeks. But the scale of these changes – and the readiness to devise new systems to meet serious and entrenched social needs – is exactly what voters elected this government to do. After months of seeming inaction, the government has finally delivered what looks like a bold and progressive blueprint for public health. That’s assuming of course that the new bodies will get the funds they need to do the job.

Footnote: The new system will require legislation to be passed, but is expected to be up and running by July 2022.