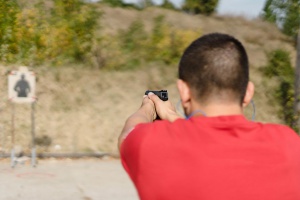 The travel bubble with Australia will throw a lifeline to tourism operators, who have first-hand experience that thrifty domestic tourists are no real substitute for the free spending visitors from offshore. According to the Global Data research organisation, the annual spend of domestic tourists in this country during 2019 was only about $305, while the average expenditure of Australian visitors here during 2019 was $4,642. (And Australians tended to spend less than visitors from further afield!). All up, travellers from Australia were worth an estimated $2 billion to us during 2019, and Tourism NZ boss Rene De Mornay has estimated that the opening of a travel bubble could deliver about $1billion to the NZ economy this year.

Hold the champagne. While obviously welcome, this still be only half of what Australian tourists were spending here pre-Covid. Moreover, just how lucrative the bubble will be for our tourism operators will hinge on the extent to which this renewed cross-Tasman traffic will be for business/having a holiday purposes, as opposed to meeting the pent-up demand in the Visiting Friends and Relatives (VFR) category. By and large, VFR tourists will be spending less on accommodation, eating out, bungee jumping and white water rafting than holiday makers. Again, according to Global Data figures:

Prior to COVID-19, about 600,000 Australians would visit family and friends in New Zealand each year. According to GlobalData, this means that approximately 57% of international VFR visits to New Zealand in 2019 would have come from Australians. With travel being restricted for a year, demand for VFR tourism will be sky high..

On the bright side, VFR tourists would presumably be better able than holiday makers to arrange an extension of their stay if an outbreak of community transmission closes the bubble and sends community activity into lockdown. Still, even if that happened, New Zealanders would probably rally around and offer a home stay to any stranded Aussie visitors. Let’s hope the Aussies would do the same for us.

Despite the image of rustic self-reliance, one can never under-estimate the readiness of rural New Zealanders to play the victim card. Clean water regulations? Reductions in climate change emissions? Agriculture is the origin of most of our water pollution/climate change problems, yet farmers tend to feel very hard done by whenever they’re asked to lift their game. That same sense of persecution is particularly acute with respect to gun legislation.

In the wake of the worst mass murder in the country’s history, the people crying the loudest about being victimised have been the gun hobbyists and gun lobbyists resistant to any changes to our fire-arms laws. Tighter controls on access to the sort of semi-automatic weaponry used in the mosque attacks? Better policing of the approval process for obtaining a gun licence? Heavens to Betsy, a gun register? To the incredulity of most urban New Zealanders all of these sensible and long overdue developments tend to be treated in other parts of the country as the jackbooted actions of a police state.

Thus, the reaction to yesterday’s announcement by the government of the chair and eight other members of a new advisory panel on firearms policy was predictable. Last night on Facebook, National MP Simeon Brown called it “a shocker” in these lurid terms:

The group is weighted heavily towards anti-firearm representatives and doesn’t have the appropriate balance needed to ensure the best advice for the Government. The Advisory Group made up of 8 members even includes a Senior Lecturer from Otago University’s Department of Sociology, Gender and Social Work. I’m not sure exactly how this persons skills are relevant to this Advisory Panel.

The person that Brown is denigrating is the respected Maori elder Shayne Walker, ONZM . Contrary to Brown’s wider claim that the group is “weighted heavily towards anti-fire-arm representatives” the reverse is true. Among its eight panellists and chairman only Philippa Yasbek, a co-founder of Gun Control New Zealand would fit that category. If anything, the panel is rather lopsidedly pro-gun. It is chaired by Don Hammond, recently retired president of the hunting community’s advocacy body, the Game Animal Council. The panel also contains Michael Dowling the current president of the pro-gun Council of Licenced Firearms Owners (COLFO), and Debbie Wakker, President of Pistol New Zealand, a competitive shooter and founding member of COLFO.

The other panel members? Besides Shayne Walker, none have any affiliation with gun control organisations. They include Dr Cathy Stephenson of the Royal NZ College of General Practice, who is a senior clinical lecturer at Otago University with extensive experience in working with the victims of sexual and domestic violence; QC Simon Mount whose extensive experience in public and administrative law included an advisory role 25 years ago to Justice Thorp in his review of firearms policy; Maxine Shortland, a farmer and current chair of the Public Health Association; and Rehanna Ali a founding member of the Islamic Women’s Council, and member of the reference group for the recent Royal Commission into the Christchurch mosque attacks.

How on earth such a moderate group can be described as “heavily weighted towards anti-firearms representatives” defies logic, yet that has never stopped the likes of the Kiwi Gun Blog pro-gun lobby before now. Despite the chair and two members being recently or currently active in pro-gun lobby groups, the solitary presence of Philippa Yasbek on the panel has aroused the online commenters on Kiwi Gun Blog to fury. For such rugged individualists, the pro-gun lobby seems oddly prone to feelings of persecution and anxiety. On an annual basis, the public will be re-assured. Besides advising government, the panel will also be issuing an annual report on the country’s progress in its firearms policy..

Footnote One: As mentioned, Debbie Wakker the current president of Pistol NZ, is on the panel advising the government on its firearms policy. Though some readers could be forgiven for thinking otherwise, this Pistol NZ video on Youtube is not actually a terrorist training video:

Footnote Two: The panel has been set up and will function under sections 88-91 of the Arms Legislation Act 2020 and it has these overall aims:

The purpose of the advisory group is to advise the Minister on matters that contribute to achieving the objectives of this Act, in particular, the safe use and control of firearms.

The advisory group may provide advice on any matter relating to firearms in New Zealand, including legislative proposals, policies for regulating New Zealand’s firearms regime, and the promotion of firearms safety.

As for the panel membership, even fair-minded readers of Kiwi Gun Blog (surely they must exist) would have to concede that the panel personnel meets the criteria set out under section 90 of the legislation:

The membership of the advisory group must comprise a balance of people from both the firearm-owning and the non-firearm-owning community, including people who are concerned about the mitigation of harm from firearms from a health perspective.

Footnote Three. Far from being gung-ho on gun law reform, the government has – for some unknown reason – decided it is unable to get a gun register up and running for perhaps three years after the passage of the above Act. This could be as long as July 2023, at the latest. Interestingly, the legislation allows for the panel members to be appointed for three year terms. Yet as the Minister’s office advised me, only Don Hammond the chair, and members Maxine Shortland and Rehanna Ali will serve for three years; Simon Mount QC, Michael Dowling and Dr. Cathy Stephenson will serve for two years ; and Philippa Yasbek, Debbie Wakker and Shayne Walker will serve for only 18 months, with all these terms commencing from 6 April 2021.

Weirdly, the original ministerial press release announcing the panel claimed that “To ensure continuity, the terms of appointment will be staggered.” Really? Surely, systematically shrinking the panel by dropping people off at various stages along the way – perhaps even before the gun register is up and running – would seem to be the exact opposite of “ensuring continuity.”