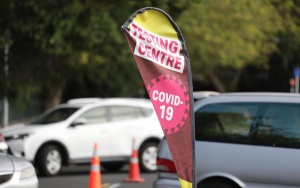 During the past week, the nation has gone through a range of mixed feelings about south Auckland. Understandably, there’s been a hankering in some quarters to punish a few of the rule breakers who plunged all of Auckland back into lockdown…Yet alongside that impulse there also been compassion for the way that poverty and overcrowding make south Aucklanders extremely vulnerable to the spread of the virus, especially since workers from the likes of Otara and Papatoetoe are over-represented in the crucial border security, managed isolation and service sector jobs where (a) they are more likely to be exposed to the virus and (b) less able to work from home and (c) have fewer financial resources to enable them to afford to stay at the first sign of possible symptoms.

By and large, the residents of south Auckland may not be quite as plugged in to government messaging as some other parts of Auckland. Moreover, there’s a higher incidence of serious reactions to the virus among Maori and Pasifika. Cumulatively all of the above has led to calls for the entirety of south Auckland to be treated as the nation’s number one priority area for vaccination, once the frontline staff at the border, in isolation units and medical staff have been inoculated.

In response, the government has made the right call: namely, that south Auckland should be the number one priority area once New Zealand launches its mass vaccination rollouts in the second half of 2021, but not beforehand. Between now and then…once the vaccination gets vaccinated all the frontline staff and their families, the government will be turning its mind to those deemed to be most at risk because of age and because of pre-existing medical conditions that render them more liable to hospitalisation and death.

Again, this is easier said than done. Age is an objective category. Presumably that line will be drawn at 65 (75?) and over, and GPs should have a good record of who on their books is in the age category chosen. However, some of the elderly will not be in the care of GPs because they live in regions and in material conditions, where going to the doctor isn’t an affordable option. Somehow, the net has to be thrown wider than GPs. For some of the aged, rest homes would be a convenient site of vaccination. Currently, there are an estimated 35,000 older people in residential care in New Zealand and another 45,000 independent residents in villages. Obviously, rest homes will not catch all of the elderly population at risk.

These access problems are only likely to be magnified once we get into the “pre-existing health conditions” categories. How serious will such conditions need to be, and what kind of rankings are envisaged for the illnesses in question? Diabetes, respiratory illnesses, heart conditions etc will all be conditions of risk, and such that it could be difficult to prioritise one over the other. By whom and how is that call going to be made ? Compared to this, vaccinating all of south Auckland irrespective of the health conditions of the inhabitants, looks like a breeze.

And that’s before we get into the vexed question of which vaccine people would prefer to receive. Right now, Johnson & Johnson’s Janssen vaccine is getting better reviews than the Astrazeneca vaccine that no-one seems to like, or want. But that will become a problem here only later in the year, when the government starts rolling out the mass vaccination programme.

Footnote: In some parts of the USA, schoolteachers have been lobbying for being regarded as frontline workers at risk, thereby a qualifying as a vaccination priority. In California, this has become a hot topic as private schools have sought for teaching staff to be recognised as a priority category for vaccination:

The administrators’ actions to quickly secure staff vaccinations during a time of severely limited doses — a critical issue for all public and private campuses — show how some private schools have been willing to boldly interpret rules in their quest to bring students safely back to school and protect employees. It also offers another example of the tough choices playing out as essential workers, people 65 and older and educators vie for vaccines available in California.

So far in New Zealand though, there has been surprisingly little debate as to whether schoolteachers should be nearer to the front of the queue, given the contact nature of their work.

Sometimes a three minute video can say more than a 1,500 word column. As Werewolf has argued from the outset, Australia’s new media law targeting Facebook, Google etc has largely been a ploy to prop up the Rupert Murdoch empire, and compensate it for the advertising losses it has suffered at the hands of Big Tech. Murdoch and his ilk in Old Media will no doubt return the favour to the Morrison government in editorial endorsements when the next Aussie election rolls around. The flaws in the Aussie law have been brilliantly exposed in this three minute video :

The decision Facebook reached was that it would be cheaper to buy off Murdoch’s political hacks in Canberra, and give Murdoch and Co a vested interest in joining with Facebook, Google etc in avoiding worse consequences in the US for Big Tech. Even then the terms of the compromise deal kicked for touch the big questions of just how much Facebook would have to pay. Make no mistake, Facebook won this battle. What were the potentially worse consequences it avided?

Well, the original Werewolf article mentioned a few of them. If Facebook and Co are a problem, there were far better solutions :

(a) If Facebook’s profits are excessive and it is evading tax, then tax them more and shut down the tax loopholes If Facebook.Google etc enjoy near monopoly powers in the social media/search markets then ( as Elizabeth Warren has advocated) launch meaningful anti-trust actions against them and break them up If some of Facebook’s content can be proven to be socially harmful, then regulate boundaries for acceptable content, and engage with the free speech issues this would raise.

The political problem with all three of those options – for conservative governments of the right and the left – is that they would hurt Rupert Murdoch almost as much as they would Facebook. Good grief. Correctly, Mark Zuckerberg has calculated that it would be cheaper to buy off Murdoch and Co with undisclosed sums that Facebook cam veto if it deems them to be too large. Crucially, this gambit will forge common interests between Big Tech and Old Media, giving Old Media a vested interest in lining up with Facebook against anything that Elizabeth Warren and the Biden administration may have in mind.

Footnote. Talking of hacks, some media observers here have tried to peddle the line that the Internet was broken anyway, so no big deal. They’re wrong. Creating what is essentially a wealth transfer from one set of oligarchs to another (by levying a copyright tax on Internet links and news snippets) is likely to harm journalism far more than it helps it. Over at Techdirt, Mike Masnick summed up the situation pretty well:

“Otherwise reasonable people…keep insisting it’s not a tax, and that it’s a “competition” response to “unfair bargaining power.” Except, as I’ve discussed previously, there’s nothing to bargain over when you should never have to pay for links. The links are free. There’s no bargaining imbalance, because there’s nothing to bargain over. And, it’s clearly a tax if the only end result is that Google and Facebook have to fork over money because the government tells them to. That’s… a tax. Some of the other awful aspects of the “code” which will give news organizations more access to data, as well as advance notice of algorithmic changes that no one else gets — allowing them to better hijack attention away from anyone else. The whole deal is dangerous and corrupt, and no one should be supporting it.

Well put. And if the Ardern government seeks to imitate what the Morrison government has done, that should be opposed.

A week or so ago, one of the key figures in the classic era of 1970s reggae – and by extension, one of the key figures in the origin stories of hip hop and Jamaican dancehall – died in Jamaica at the age of 78. Known professionally as U Roy, Ewart Beckford was the first sound system DJ to have hit records in his own right – mainly thanks to the free- freestyling vocals he delivered over the skeletal fragments of the original records. Known as “toasting” this deejaying style probably originated in the 1950s and early 1960s when jive talking American radio DJs were being beamed into the Caribbean. Eventually, toasting was taken back to the US by a Jamaican/American guy called DJ Kool Herc, who performed on sound systems in the Bronx in New York during the mid 1970s – and in turn, Herc inspired early hip hop stars like Afrika Bambaataa and Grandmaster Flash.

Early on, U Roy’s breakthrough hits were “ Wake the Town” (based on a Slim Smith track) and “Wear You To The Ball” a track based on a classic cut by John Holt of the Paragons, whose hit “The Tide Is High” was later covered by Blondie. U Roy influenced a whole generation of musicians. As he says on the intro to his “Hat Trick” single “I originate/what you must appreciate/what others got to imitate” Written down, that doesn’t convey the humour, sprung rhythms and innovative timing he brought to the table. As fellow DJ Dennis Alcapone once said. “ When U Roy come with “Wake The Town” it was like a new Jamacia was born.”

In 1972, U Roy toured the UK with Max Romeo and cut a killer single over there with synth backing provided by the Vulcans. As he says on the freewheeling, loose limbed “Hat Trick…” this music gonna shock you like electric..

On the flipside U Roy gave his take on “Wet Dream” at the time one of Max Romeo’s biggest hits :

Finally, and while the earlier “Wake the Town” also had some involvement by the producer Bunny Lee, this track called “Wake the Nation” is more in the style of the peak Bunny Lee production sound that came to dominate reggae in the mid 1970s, during an amazingly fertile period when Lee was teamed up with dub pioneer King Tubby.