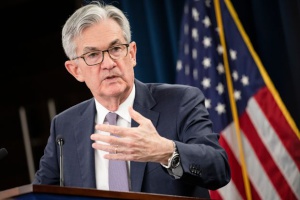 One year into the pandemic, people are still getting sick and dying at different rates according to their age, gender, ethnic background and income level – and those same patterns have been evident in the economic impacts of the virus as well. For example: in yesterday’s statement by US Federal Reserve chairman Jerome Powell, he pointed out that “Aggregate employment has declined 6.5 percent since last February, but the decline in employment for workers in the top quartile of the wage distribution has been only 4 percent, while the decline for the bottom quartile has been a staggering 17 percent.”

Meaning: low paid US workers have lost their jobs to Covid at a devastating rate, while the decline in employment among the highly paid has been little beyond what happens during a normal downturn in the business cycle. Covid continues to be a class-sensitive disease. Powell’s awareness of such disparities has made the Fed – the US equivalent of our Reserve Bank – very reluctant to consider changes to its regime of low interest rates. That won’t happen, Powell indicated, until there is strong evidence of sustained economic growth being reflected in across-the-board changes in the labour market. Here’s why that’s essential, in his view:

“A strong labour market that is sustained for an extended period can deliver substantial economic and social benefits, including higher employment and income levels, improved and expanded job opportunities, narrower economic disparities, and healing of the entrenched damage inflicted by past recessions on individuals’ economic and personal well-being. At present, we are a long way from such a labour market.“

Ditto here. For similar reasons, our Reserve Bank has consistently signalled that low interest rates are here to stay, probably for years to come. Of late though, the RB has been coming under some pressure to reconsider its stance given that the same low interest rates that have been keeping the economy afloat during the Covid recession have also been fuelling the upwards spiral in house prices. Other analysts are also pointing to the economy’s rapid bounce back and to the first signs that pent up costs are now being released – as reflected in the December quarter figures hat showed a higher than expected 1.4% annual inflation rate and a lower than expected unemployment rate of 4.9%.

Excitedly, at least one business news outlet has begun speculating that the current inflationary pressures could mean that the RB might start raising interest rates as early as May, 2022.

That date seems premature. So far, so good has never been a sound basis for long term planning. Despite some recent increases in prices and wages, the economy is still not running hot enough – or sustainably enough– to make the RB’s rethink its monetary settings any time soon. As Infometrics senior economist Brad Olsen told Werewolf , the RB will probably want to see inflation reaching (and even briefly broaching) the 2% midpoint target, before changing its stance. As he says, we’re not even close:

Given the long transmission time – 12 to 18 months – for the Bank’s monetary settings to bite, Olsen expects the RB to resist tightening up on interest rates for the next year or so at least. “Because at the moment, you would be putting at risk the investment plans from businesses, by pulling the trigger too early. Therefore, the RB may be happy to let activity run slightly hotter than normal for a period, rather than using the gun too early and never getting inflation back to that 2 % point in the range.”

A couple of weeks ago, the Fed’s Jerome Powell entirely agreed with that “let it run hotter for a while” logic :

“What we’re saying is we’re going to keep policy highly accommodative until the expansion is well down the tracks. And we’re not going to pre-emptively raise rates until we see inflation actually reaching 2% and being on track to exceed 2%. That’s a very strong commitment, and we think that’s the right place to be.”

“The real question is how large is that [inflationary] effect going to be and will it be persistent?” Powell said. “A one-time increase in prices … is very unlikely to mean persistently high inflation.”

The annual inflation rate increase was still only 1.4%, well shy of the 2 % midpoint. Moreover, Olsen points out, a significant slice of the .5% rise between the September and December quarters came from rises in airfares and domestic accommodation costs – neither of which are what you’d classify as staple items in the basket of ordinary household spending.

With the benefit of hindsight, the 20% average increase in domestic accommodation costs reported during the December quarter does look pretty stunning. Despite the absence of international tourists, travel lodgings aren’t getting any cheaper for Kiwis. In fact, those costs have gone steeply up on average, not down. Not all of it was due to price gouging. Conceivably, part of it may also have been because some of the low and mid-price tourist lodgings have already been driven out of business by the pandemic, and the surviving top end players – hotels, resorts and Airbnb – automatically pushed up the average. It’s a theory.

Logically though, if Covid costs are going to be passed on into prices, wages must also eventually rise if the price bubble is to be sustainable. In the wake of the GFC recession, there was a considerable time lag before wages regained the lost ground. In recent months in New Zealand however, what wage increases have been occurring have been almost entirely thanks to (a) changes in the minimum wage and (b) increases in public sector pay. There just hasn’t been (as yet) any sign of broadly based wage increases across the private sector.

Obviously, that could be because some firms are still battling Covid-related additional costs and supply chain uncertainties. “The private sector.” Olsen says, “is not seeing much [wages] action. [But] until you get firms that are investing, that are paying more in wages, that are seeing activity at a sustainable clip [then] the Reserve Bank has already indicated a path where it will maintain its current settings, until those trend conditions materially shift.”

So basically, the public shouldn’t feel worried that any headlines about rising inflation may herald an imminent rise in mortgage rates. That won’t happen until 2023, at the earliest. In the meantime, inflation could reach (or even briefly exceed) the virtuous 2% midrange point, for a time. Even so, Olsen believes, the Bank would remain reluctant to risk pulling the interest rate trigger too soon, given that this would disrupt business planning and push inflation back below 2%. To the Reserve Bank, inflation is a fragile flower that needs to be nourished, not crushed.

Finally….what all the recent inflation-inspired talk indicates to Olsen is that there is once again, a conversation to be had about interest rates. “Last year it seemed that changes to monetary policy settings were entirely off the table….I think the change we’re seeing is that there is going to be more of a live conversation over the next few years about monetary policy changes – whereas before, it was put the padlock and key in concrete. Now, there is a feeling that there is a potential for change sooner, rather than never.”