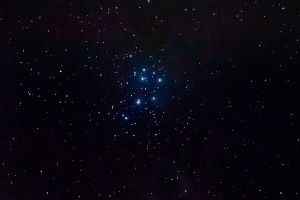 Now that Matariki has been added to the roster of national holidays, it is bound to become more meaningful than most of our other holiday occasions, many of which have lost much of the symbolic power they once had. For example: the religious holidays (Christmas and Easter) have declining relevance in a secular, multi-cultural nation. To a significant extent, Christian beliefs and church attendance have lost their dominant role in the life of the community. The holidays may remain, while the reason for them fades.

Similarly, the various provincial anniversary days are also a peculiar relic of a bygone period – in this case from 1852 until the late 1870s – when provincial governments did have a legal foundation, and provinces meant something beyond the rugby field. Moreover, the North island provincial anniversary weekends nowfall awkwardly just before Waitangi Day and at times when most worksites and all schools are otherwise getting set to resume after the summer break. As a result, much of New Zealand is effectively shut down from late December until well into February.

Celebrating the Queens Birthday in early June is another historical oddity, even without getting into the usual republic vs monarchy arguments. The real birthday of Queen Elizabeth II is of course, on April 21. Yet we publicly recognise this event in early June largely because of a British tradition whereby whenever a monarch’s real birthday falls outside the northern summer, the official celebration gets shifted into summer, in the hope of having better weather in London for the Trooping of the Colour parade. (Good grief.)

Given that Prince Charles was born on 14 November, we might have to wait for the ascent of Prince William (born 21 June) before seeing any shift of the date – and in some years this could land King William’s birthday uncomfortably close to Matariki. But that’s a problem for another time. For the foreseeable, the holiday for the monarch’s birthday will continue to be weirdly associated in New Zealand with the onset of winter.

Labour Day is a 19th century celebration that began to be formally recognised here in 1890. aIt was formally declared a national holiday in 1900, well before the Waihi strike and the rise of the modern Labour Party. Labour Day recognises the long battle by working people to achieve the right to an eight hour working day. “Eight hours work, eight hours leisure and eight hours rest” was one of the movement’s rallying slogans. The eight hour working day was a triumph of collective organising and action, yet for obvious reasons the significance of Labour Day is not widely felt by modern workers:

Despite it being over 120 years since Labour Day was formally ratified, it seems significant that – despite the imagined gains from automation – a roughly eight hour working day remains the best that we can hope for.

As for Anzac Day… this holiday has changed its duration, its tone and its status since it began being celebrated as a half-day celebration in 1916. By 1922, Anzac Day had been officially declared a national holiday, and by the 1930s it had gradually shed much of its religious/funerary tone. By 1939, Anzac Day had also begun to incorporate some Australian ideas – like the Dawn Service – into the format of the day’s events.

While the holiday is a commemoration/remembrance of all military service and sacrifice (in the name of national unity) Anzac Day has remained very much fixated on Gallipolli, and there has been little visible spillover to the rest of the calendar year. War memorials (and their poignant lists of the names of local casualties) may still dot the provincial landscape, but for the other 364 days of the year they tend to be ignored.

For its part… Waitangi Day was mooted as a day of bi-cultural unity by the 1957 Labour government but it took until the mid 1970s (and after a brief flirtation with the name New Zealand Day) for its current status as an official national holiday to be formalised. At the time, some politicians had hoped that creating Waitangi Day as a gesture towards acknowledging the importance of the Treaty might reduce the perceived need to establish the Waitangi Tribunal.

Down the years since, there have been various attempts to de-politicise ( and de-radicalise) the day’s central events. Yet over the past 20 years, Waitangi Day’s role as a platform for Maori aspirations and grievances has become accepted, and is being managed. Among other things, Matariki is likely to function as a cultural festival that should sit comfortably alongside the politico-legal commitments routinely revisited on Waitangi Day.

Matariki acknowledges the rising of the constellation more widely known as the Pleiades, and is celebrated as a time of renewal. As this comprehensive list makes clear, this event has also been recognised – and celebrated in mythology – by other cultures on every continent on the planet. In the Native American cultures of North America alone, various legends about the significance of the rising of the Pleiades enrich the cultures of at least 19 different tribes. Like Easter, Matariki will be a moveable feast. Next year, Matariki will make its debut as a national holiday on June 24. While it always occur in June or July, Matariki’s exact date each year will be calculated in accord with changes in the Maori lunar calendar. Matariki is also intended to co-exist with the regional celebrations (in rohe where Matariki is not visible) of the rising of Puanga, aka the star Rigel in the nearby constellation of Orion.

Finally – and has been widely reported – the opportunity for Matariki to become a showcase for Maori arts and cultural achievements (including Pacific navigation) can only complement the planned changes to the school curriculum. These changes (due in 2022) will put greater emphasis on the teaching of New Zealand’s colonial history. Since the same curriculum changes will also incorporate a greater emphasis on the history of the labour movement, these changes could well go some way to revitalising the country’s appreciation of Labour Day as well. Basically, the reason for a national holiday needs to be refreshed from time to time, by national debate.

Talking of radical aspirations encased within a conservative framework… Little Big Town is a Nashville mainstream group that has made an art form out of wrapping equal lashings of subversion and conservatism into the same songs. “Girl Crush” for instance became a massive hit largely because of its lesbian frissons – in a country song !- even though it turned out that all the heavy breathing was only a metaphorical way of winning the heart of the crush’s hetero admirer, the real object of the singer’s affections. Duh.

Then there was “ The Daughters”… which was a terrific protest song about the ways that the Christian patriarchy systematically oppresses women but don’t get Little Big Town’s lead vocalist wrong – she loves her son, she loves her father. Now we have the group’s most recent single “Sugar Coat” a lushly orchestrated song about the endurance required of women who decide to stay in bad marriages foe the sake of the kids and because…its what women do.

There’s a good reason why this group’s videos look like they were shot in the 1950s. Otherwise, the band’s big sad theme – the smothering of liberal impulses by traditional values – would look unconvincing in the year 2021. Certainly the golden retro video for “ Sugar Coat” looks like a Todd Haynes movie…and this chorus is a long way from domestic bliss:

In case you somehow missed it before, here’s the tease that was “Girl Crush”

And finally once again, here’s their best song “The Daughters”…which retained enough of its anti-theocratic edge that US country radio largely refused to play it. Interesting group, at least by the current standards of the Nashville mainstream. That mainstream is currently ruled by a bunch of guys who clearly spend a lot more time in the gym than they do behind the wheel of a truck.