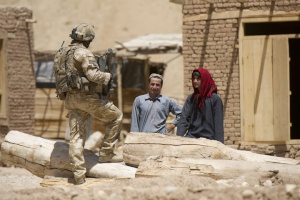 Good news, meet bad news. Co-incidentally, on the same day that New Zealand delivers its first doses of the Pfizer/BioNTech vaccine to our frontline border security and managed isolation unit workers, the Pfizer company has (a) conceded that its vaccine loses two thirds of the antibody generating capacity needed to combat the virus when faced with the South African variant, and (b) announced that it is hard at work on developing a booster version of its Covid vaccine ASAP.

Hmm. In other words, the frontline staff most likely to be encountering the UK and South African variants will be serving as the canaries in the coalmine when it comes to finding out just what level of protection the current version of the Pfizer vaccine still offers when up against the scary new mutations.

In an attempt at re-assurance, the WHO has been promoting the fallback message that all of the vaccines on the market will reduce the severity of the infection, even if their ability to shield against infection per se may be reduced by the new variants According to the WHO, the current crop of vaccines – the Astrazenoca vaccine included – will offer valuable protection against the likelihood of serious illness, hospitalisation and death. Good to know. Yet phrased in that fashion, it does suggest that the main benefits might be less to individuals – who may still get “mild to moderate” forms of Covid-19 – and more in preventing the health system from being overwhelmed by a major community outbreak. Which is not nothing, but is somewhat less than what we were hoping for.

In reality, today’s first batch of vaccinations puts us somewhere on the spectrum between “ taking the first step to ending the pandemic” and “better than nothing.” Also : Germany is reporting public misgivings about the efficacy of the Astrazeneca vaccine, and one in five Australians are reportedly reluctant to be vaccinated, a figure pretty much is line with previous New Zealand poll findings. Have a nice first step towards ending the pandemic.

Lest we forget… Our military involvement in Afghanistan began with the dispatch of SAS troops in late 2001, and really ramped up when the 122-strong Provincial Reconstruction Team arrived in Bamiyan province in April 2003. The end of all that is now in sight. Earlier this week, Prime Minister Jacinda Ardern announced that in May, we will be finally bringing home the last of our six remaining troops in Afghanistan, thereby ringing down the curtain on nearly 20 years of NZ military activity in that country. We’re headed out the exit door, even though any viable “peace” deal between the Taliban and the Kabul government still looks to be as far away as ever. For example:

Resolute Support, the NATO-led mission in Afghanistan, reported 2,586 civilian casualties from October 1 to December 31 last year, including 810 killed and 1,776 wounded, according to the SIGAR report.

For years, the NATO forces within Afghanistan – and the last of them too will be gone by May as well – have been crucial to the survival of the government in Kabul, which is currently headed by President Ashraf Ghani. The timing of the NATO departure had been one of the few bargaining chips that Ghani still had. Not any longer. Given how

any “power sharing” arrangement with the Taliban is likely to pan out, Ghani and his colleagues will probably be gone by Christmas:

The Taliban now hold sway over half the country and both sides in the conflict have continued to wage war, even after peace talks between the Taliban and the Kabul government began last year in Qatar. The Taliban have lately been accused of targeted killings of journalists and civic leaders — charges they deny. But they lack credibility, particularly because they refuse to agree to a cease-fire. There is also no proof they have cut ties with al-Qaida militants as required under the Taliban-U.S. deal. A January report by the U.S Treasury found that they continue to co-operate and that al-Qaida is getting stronger.

And this sounds familiar:

Some reports from areas under Taliban control speak of heavy-handed enforcement of a strict interpretation of Islamic law: While the Taliban allow girls to go to school, the curriculum for both boys and girls seems mostly focused on religion. There is little evidence of women’s progress in the deeply conservative, rural areas.

The Afghan people of course, have been here before. After the last Soviet troops left Afghanistan 30 years ago, the country dissolved into faction fighting between rival warlords. Tens of thousands of civilians died. That period of violent anarchy fuelled the rise of the Taliban, who at least imposed order on the country, however repressive that order turned out to be. The current Taliban claim to be a kinder, more inclusive organisation. As mentioned above, there has been no sign of mellowing in the provincial areas now under Taliban control.

Also as mentioned, al-Qaeda still operates inside Afghanistan, and still under Taliban protection. Keep in mind that New Zealand’s SAS-led operations against the Taliban began in late 2001 in direct response to 9/11 and in order to destroy al-Qaeda’s base of operations in Afghanistan. Twenty years down the road, that mission remains unaccomplished.

Was It Worth It?

Along the way, there has been a huge piece paid in blood, and treasure. Reportedly, the West has spent $US1 trillion on the war in Afghanistan and the US alone is still spending $4 billion annually on training Afghan security forces. Obviously, the dismal outlook has to place a big question mark over the wisdom of New Zealand’s Afghan deployment.

Over the years, roughly 3,500 of our troops served in that country at the cost of hundreds of millions of dollars and the lives of 10 of our troops. For many Kiwis, the most memorable incident during that deployment would have to have been the bungled Operation Burnham raid in 2010. The raid cost the lives of several of the villagers it sought to protect, and failed to capture or kill any of the insurgents it had targeted. In its findings, a subsequent government inquiry harshly criticised the management of the raid and its aftermath, including the ways in which senior NZDF staff and politicians had mis-informed each other and the public, about what had happened.

Early on, the positive publicity about the Afghan deployment had focussed upon the

‘hearts and minds’ efforts of our Provincial Reconstruction Team in Bamiyan province. Unfortunately, even formerly peaceful Bamiyan is now experiencing a deterioration in the security situation in the province, and the prospects facing its largely Hazara ethnic group have dimmed :

The Hazaras [had] flocked to enrol their children in schools – including their daughters – and entered the political arena in unprecedented numbers. The group has increasingly taken the brunt of rising violence as ISIL suicide bombers attacked their mosques, schools, rallies and hospitals in western Kabul’s Hazara enclave of Dasht-e-Barchi, killing hundreds. The Taliban has also kidnapped and killed Hazaras travelling on the country’s perilous roads with near impunity.

That pattern has spread to Bamiyan:

Now Bamiyan is dotted with checkpoints, with security forces frequently searching cars and questioning passengers. “We moved from Kabul to Bamiyan to have better security and live in a peaceful place,” said [local resident Murad Ali] Haidari. “Now when we leave home, it is difficult to imagine returning alive.”

So… What possible lessons might we have learned from our past two decades of involvement? Among the top brass at NZDF, probably nothing at all. Yet among the wider public, our experience in Afghanistan seems more likely to be treated as a cautionary lesson that when we participate in foreign adventures with our alliance partners, the price of involvement is likely to outweigh any short term gains. With hindsight, any brownie points (in say, trade and diplomacy) that we might have hoped to win by playing our part on the team now seem to have been only temporary at best, and entirely delusional at worst.

Unfortunately, there will be a next time. Yet having the spunk to say “No” on the next occasion when our allies come a-calling would seem to be not only be in our own self -interest, but in the best interests of the people that our interventions are claiming to benefit.

For some people – well me, actually – last year’s “Scratchcard Lanyard” was their introduction to the whip smart UK band Dry Cleaning. Now they’re back with a glimpse of where they might be headed on their yet-to-be released debut album New Long Leg. Not that this “Strong Feelings” track shares much in common with “Scratchcard Lanyard” beyond the obvious intelligence at work. This new track is more groove-driven, while its predecessor drew more on retro rock traditions, like say…the neurotically propulsive tracks that many people normally associate with the revered Scottish art band Life Without Buildings.

That said, there’s an obvious contrast between the wry delivery of Dry Cleaning’s Florence Shaw, and the heart-on-on sleeve ranting of LWB’s Sue Tompkins. Production here is by P.J. Harvey collaborator John Parish…and Shaw’s deadpan observations stretch out to the horizon.

In case you missed it before, here’s “Scratchcard Lanyard” and its excellent video…

And because any excuse will do for this, here’s Life Without Buildings in full Velvets drone drenched glory. It does go on forever and that’s the point :