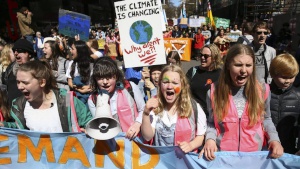 Good grief. An eleven to fifteen year window of adjustment to the threat from climate change is still being decried as “too ambitious” by the usual suspects: ie the farming, transport and fossil fuel sectors responsible for the vast bulk of our climate change emissions. No surprises about that. Yet while dragging their feet and decrying the enforcement role of “Wellington bureaucrats” those key sectors will still have their hands out for the kind of government incentives that -for example – Transport Minister Michael Wood is due to unveil shortly. Already, agriculture and the oil and gas industry are making the usual lobbying noises that too much change looks like being imposed too soon, and (apparently) the transition has to be made pain free – mainly by taxpayers picking up the tab.

Given the urgency of the threat from climate change, the plans for emissions reduction contained in the Climate Change Commission report hardly seem radical. Overall, the Commission is advocating only a 2% net annual change in emissions, and the phase out rate for internal combustion engine vehicles envisages that by 2035, some 60% of our passenger fleet will still consist of vehicles reliant on fossil fuels. At a similarly gradual rate, forestry is to be steered away from pine forests as short term carbon sinks, and towards the planting of permanent native forests, via government incentives. In this area, what the Commission is advocating should allay many of the farming community’s concerns about the encroachment of forestry onto prime farm land.

Farming itself faces a 15% reduction in herd size, but only by 2030, and very much in the hope that science might still in the interim, manage to resolve the problem of methane reduction. It isn’t all about magical future technology, though. As the Commission report points out, many techniques able to reduce our farming emissions – eg better breeding and feeding, the use of better feeds, and more use of site and crop-specific precision practices – already exist. However, given the current lack of alternative ways for reducing methane emissions, the herd reductions being advocated by the Commission entail requires only a gradual phase-in rate and (as mentioned) are being promoted in the hope that some future technological methane fix will deliver farmers a fairly painless transition. Once again, farmers are being handled with kid gloves, given that their personally profitable activities comprise half of the country’s emissions problems.

On the upside, the Climate Change Commission report is comprehensive. All sectors have been analysed for their contribution to the problem, and for their potential role in likely solutions. The report points New Zealand in the right direction, away from fossil fuel dependence (and outdated farming practices that reduce the quality of life for all New Zealanders) and towards renewable sources of energy, mainly in wind and solar. The timeframe for the shift to electric vehicles – which currently have a higher upfront cost but lower running costs over their lifetime – is roughly in line with global trends. Only a few days ago, the huge US car-making giant General Motors announced some pretty ambitious plans

General Motors has set a goal of making the vast majority of the vehicles it produces electric by 2035, and the entire company carbon neutral, including operations, five years after that….. GM has already announced that it will invest US$27 billion in electric and autonomous vehicles in the next five years, a 35 per cent increase over plans made before the pandemic. It will offer 30 all-electric models worldwide by the middle of the decade. By the end of 2025, 40 per cent of its U.S. models will be battery electric vehicles. The company plans to include crossovers, SUVs, sedans and trucks in its electric vehicle lineup.

GM’s transition will include not only the kind of vehicles it makes, but how it makes them:

GM said Thursday that it will source 100 per cent renewable energy to power its U.S. sites by 2030 and global sites by 2035. That’s five years faster than its previously announced global goal.

The US car industry has been shaken up by GM’s announcement. Yet GM is acting in line with a European Commission report that aims to put 30 million electric vehicles on the road by 2030, up from the current 1.4 million EV vehicles. These targets are consistent with EU plans for doubling high speed rail travel by 2030, and on the expectation that zero emission large aircraft and maritime vessels will be in use by 2035. Evidently, climate change action cannot any longer be blamed on utopian thinking by Green activists and left wing governments. In the UK for instance, Boris Johnson’s Tory government has just announced a Green plan (underfunded and inadequate though it be) that includes this:

New cars and vans powered wholly by petrol and diesel will not be sold in the UK from 2030, Prime Minister Boris Johnson has said. But some hybrids would still be allowed, he confirmed.

In sum global capital and changing consumer preferences are pushing New Zealand in the directions outlined in the Commission’s report. We risk being left behind if we don’t respond in kind. For a long time, New Zealand’s global emissions have been excessive given its size – unfortunately, the emitting of climate changing gases is one area where we really do punch above our weight. Continuing with business as usual would also mean this country would fail to meet the commitments we made (voluntarily) under the 2015 Paris accords.

There is of course, plenty of room for scepticism. As pointed out on RNZ this morning, a country that cannot pass a meaningful capital gains tax or build 100,000 homes will surely struggle with some of the challenges outlined in the Commission’s report. There will also be a cost to the transition. According to the Commission chairman Rod Carr, the cleaner greener track envisaged will carry a cost of about 1% of GDP per annum compared to continuing with business as usual. On the current growth estimates, that would roughly equate by 2035 to about a $4 billion per annum reduction in growth compared to what would be delivered by current practices. What we would get in return would be a more sustainable future, a healthier, greener environment, and the trading (and other) advantages of meeting our fair share of the obligational countries have to reduce the harm being done to the planet.

Yet realistically, if GDP falls, so would the tax revenue available for the state to spend on social services. On current settings, the cost of the transition envisaged would fall unequally. With a struggle, the upper middle class might be able to afford the added cost of electric cars and hybrids, and would thus reap the rewards of the lower running costs associated with EVs. Yet even talking right now about the likely cost/benefit trade-offs of a climate change transition (in 2030 or 2035) seems premature, given that the government has not yet addressed the decades of past neglect of those reliant on low wages and benefit income.

Meaning: obviously, families that cannot currently afford the food and shelter necessities will be unable to absorb any added costs associated with (a) buying electric cars or bikes (b) paying for electrified public transport and/or (c) the looming rise in fossil fuel prices as the oil and gas sectors get phased out. Only when wages and benefit levels have been raised can the impact ( and affordability) of the climate change transition on the more vulnerable members of society be realistically addressed. We already have energy poverty in this country. It would criminal if the climate change transition increased our levels of income inequality.

As Rod Carr says, part of the country is saying that the Commission is offering too little too late, while other parts of country are saying it is too much, too soon. The report will enable an extensive informed public debate on climate change. So far, Carr has been an articulate, informed communicator on the subject, and fully the equal of the sainted Ashley Bloomfield. Until March 14, the public can make submission on the draft report, for consideration by the Commission which will present its final version to the government by 31 May. The government will then have 14 days to consider the final report before making its contents public. By year’s end, the government will need to have announced its response, and this will include its first budget on emissions reductions.

Talking of the various modes of zero emission travel, roller blading still has its charms. In this clip by The Knocks and the UK indie band MUNA, the movement on screen has been beautifully synchronised with the rhythms of the music….

And then there’s cycling… As celebrated in this great old Bat for Lashes clip from years gone by….