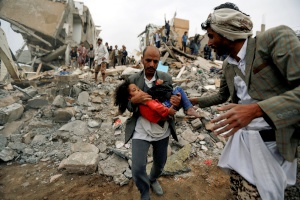 A three day Covid lockdown feels like the pandemic equivalent of T20 cricket. Just as T20 isn’t really cricket, this three day breathing space isn’t a realistic timeframe for detecting and isolating the potential spreaders of a disease that has had ample opportunity to travel across and beyond Auckland. We’re really waiting to see if we’re going to be lucky again, this time. Or not.

No doubt, these three days will yield some useful clues about how worried we should be, but the information won’t be definitive. As many already suspect, Aucklanders are probably being softened up for a longer spell in lockdown. Also, it would take just one detected case in or around New Plymouth to generate a level three response in that city as well. There’s a good reason why Western Australia recently went through a five day lockdown from the get go of detecting an infection, and it is why Victoria is in the middle of a five day lockdown right now.

Still… Since we’ve been promised there will be reviews of the current situation every 24 hours, we won’t have to wait long for news of any extension. Meanwhile, the usual social distancing, handwashing etc rules will apply, especially on public transport. At the same time, the calls by some people for the use of the Covid tracing app to be made mandatory overlook the digital divide in this country. Plenty of New Zealanders don’t own and can’t afford a smartphone. That’s why more emphasis needs to be put on keeping a paper diary of any movements beyond the home.

Reportedly, genome sequencing cannot trace this infection back to anyone currently in managed isolation. One of the three infected family members works at a cleaning facility dealing with the uniforms of international air crews, and this is one of the suspected routes of infection. To date, such workers are not being treated as frontline staff, so regular testing of them is at the discretion of their employer rather than being a mandatory requirement. Obviously, this loophole needs to be closed.

Currently, the source of the original infection is not known – definitively – and while it is rare for Covid to be transmitted from contact with surfaces, there has been at least one prior incident in Auckland where this happened, via a lift button in an isolation facility. Unfortunately, experience drawn from the 2020 version of the virus no longer allows us to predict just how the new variants will behave.

Selling to the Saudis

One of the downsides of governments paying only lip service to human rights violations (while continuing to busily trade with the perpetrators) is that it can be hard for minor officials to read the signals and finesse the details. How token is our human rights stance, and how much trade can squeak in under the radar ? China for instance, continues to be engaged in genocidal actions against its Uighur minority, including putting vast numbers of them in concentration camps, conducting mass surveillance, raping and sterilising Uighuir women, outlawing the indigenous language, demolishing mosques and cultural sites and denying the right to religious expression. Great market for our logs and milk powder though.

Basically, we’ve been seeing for years the same kind of destruction of an entire culture that China has tried to practice in Tibet. (There’s probably a treatise to be written on why Russian state communism has gradually learned to be relatively tolerant of its ethnic minorities, compared to the Chinese form of state communism.) Yet regardless, China continues to be our main trading partner, and Trade Minister Damien O’Connor has recently said that Australia could take a few lessons from us on how to speak nicely to China’s leaders, so as not to annoy them, and hurt their feelings.

Given that toxic precedent, it has been hardly surprising that Air New Zealand ( and MFAT) have bungled their way into the morally grey area of making money from contracts with the Saudi military. Here too, the governments of the UK, Canada and Australia also make the same noises of deep regret about the carnage in Yemen, while making money from arming and outfitting the militaries of the two main external aggressors (Saudi Arabia and the United Arab Emirates) responsible for what the UN has described as the world’s worst humanitarian catastrophe.

After years of US complicity in the Yemeni civil war, President Joseph Biden has recently suspended sales to both the Saudis and UAE of military arms that might be used in Yemen. Of late though, the UK sold 1.5 billion pounds of military arms to the Saudis in the July to September quarter of 2020 alone with the vast bulk of that trade being in the form of bombs and missiles. In 2019, the Canadian government of that nice Mr Trudeau doubled its arms sales to the Saudis to $3billion in Canadian dollars in 2019.

Newly released figures show Canada sold nearly C$3bn (US$2.2bn) worth of military equipment to Saudi Arabia in 2019 – more than double the total of the previous year, reported the Globe and Mail. The bulk of the exports were light armoured vehicles, part of a deal with the Saudis worth C$14.8bn. The record figures come despite a moratorium on export permits following the killing of the Saudi journalist Jamal Khashoggi and mounting civilian deaths from the war in Yemen. The government’s decision not to issue new permits does not affect existing permits….Canada also exported more than 30 large-calibre artillery systems and 152 heavy machine guns to Saudi Arabia.

The multi-billion-dollar arms deal with the kingdom was initiated under a previous Conservative government in 2014, but continued under the Liberals. At the time it was signed, it was the largest export deal in Canada’s history, making the country the second-largest arms exporter to the Middle East.

Put up against these deals, the contracts between Air New Zealand and the Saudi Navy look relatively insignificant, however wrong in principle. The possibility that this trade might harm New Zealand’s reputation raises the question – with whom? Most of our usual peers have blood on their hands. No doubt, the Saudi contracts do somewhat erode our ability to look like an honest dealer at the UN in any efforts to resolve this terrible conflict. MFAT still faces questions as to why it authorised some of these deals.

Incredibly, the policy then in place at Air New Zealand (under both previous CEO Christopher Luxon and current CEO Greg Foran) has meant that such contracts were referred upwards for approval only if they passed a financial threshold ( $NZ3 million) but not – apparently – if they had the potential to do damage to the company’s brand. That policy merits a rethink, once Air NZ has sorted out how much compensation it might have to pay the Saudis now, for not meeting its contract commitments in full.

As for whether the furore over the Saudi contracts will result in greater understanding of the origins of the civil war in Yemen, that appears unlikely. Media coverage continues to be deeply invested in ignoring the decades long internal grievances behind it. The Houthi rebels for instance, have been fighting their corner since 1963. Yet media coverage still routinely depicts Yemen as a proxy war between Saudi Arabia and Iran. Much of this framing has been a by-product of the

Trump: Tried to overturn the results of an election by inspiring a mob to attack members of Congress.

In reality, the war in Yemen has never been just a ‘regional’ conflict between competing equals. (Polarisation on any political subject is rarely symmetrical.) The firepower the Saudis and the UAE have bought from the West’s arms dealers and unleashed on Yemen has dwarfed the assistance Iran has given to the fiercely independent Houthis, who have never been the obedient proxies of Teheran, or anyone else. For starters, the Houthis belong to a different sect of Shia Islam than the Iranians. Yes, they have used Iran’s help which – given the way Iran’s economy has been pulverised by US sanctions – has been on nothing like on the scale of the military support the West has funnelled into the Saudi/UAE forces.

For its part, the US has known about the military imbalance in Yemen ever since the Saudis notified the Obama administration of their intention to intervene in this war on their southern border. As Foreign Affairs magazine put it in their current issue:

U.S. officials thought Saudi Arabia was exaggerating Iran’s role, and they had no illusions that the Saudi armed forces, although well supplied with modern U.S. weapons, were a precision instrument. In short, there was plenty that could go wrong. As a former senior official would later tell one of us, “We knew we might be getting into a car with a drunk driver.”

Even when it became clear that the Saudis were out of control, and committing war crimes on a massive scale, the US didn’t cease offering them aid, supposedly in the vain hope of averting something worse:

American planes continued to refuel Saudi jets on their way to bomb Yemeni targets, without necessarily knowing what those targets were. Washington provided intelligence, shipped weapons, and sent contractors to help keep the Saudi air force flying. It did all of this in part out of deference to the same interests that had led to its involvement in the conflict in the first place, and in part because it continued to believe that its position at the coalition’s side allowed it to do some good—steering the coalition away from even worse decisions than it was already making and coaxing it to the negotiating table.

Depicting as a Saudi Arabia vs Iran conflict is a false equivalence that enables much of the media to avoid identifying its initial causes and grievances – not to mention identifying the main perpetrators of the war crimes, and their enablers and suppliers. In essence, this is a repetition of the1960s situation whereby the West (and much of its media) were just as determined to treat the civil war in Vietnam as an existential struggle between the US and the USSR, with the forces of freedom pitted against the forces of communist oppression.

Those forces were asymmetrical then, and now. Yemenis, like the Vietnamese, don’t deserve to be treated as pawns in some other game. Ultimately, it is also why our national airline shouldn’t be doing business with the aggressors, no matter how negligible our trade may look in the wider scheme of things. The principle involved requires better of us. From the Uighurs to the Yemenis, we need to give substance to the human rights poses that we strike, and stop selling them out when the price is right.