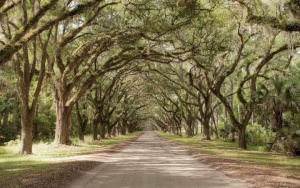 Currently, the Republicans hold a 52-48 majority in the Senate, the upper chamber of US Congress. If the Democrats can manage to win both the Senate races in Georgia tomorrow (NZ time) then vice -President Kamala Harris can cast a tie-breaking vote on any legislation coming down the pike over the next four years. Anything less, and President Joe Biden will have to go cap in hand to Senate majority leader Mitch McConnell and negotiate every aspect of his legislative agenda. If so, Biden would be in the same position as Barack Obama who needed to haggle, barter and compromise for the last six years of his White House tenure, given that the Republicans had won control of the Senate in 2010. Among other things, a Republican Senate majority can also block or reject any Biden appointments to the Supreme Court.

So the stakes are sky high, tomorrow. Biden’s ability to govern with compromise is on the line. The run-off races have been required because Georgia’s incumbent senators – David Perdue and Kelly Loeffler, both of them Republicans – could not win the necessary 50.1% majority at the November 3 election. Perdue is once again up against Democratic Party candidate Jon Ossoff, while Loeffler’s opponent is Raphael Warnock, who beat her by seven points in November. In both races, the polls have been desperately tight. For what it’s worth … on this morning’s polling, the 538 website has Ossoff ahead of Perdue by 1.4 points while Warnock leads Loeffler by two points.

So it is anyone’s guess at this point. Yes, early voting trends show heavy turnout among black voters in the Democratic strongholds around Atlanta – but there were similar early voting trends before the November election in Texas and Florida, both of which the Democrats ultimately lost. Routinely, polls have under-estimated the level of support for President Donald Trump, who held a rally in the state on Monday night. Moreover, incumbents generally fare better than challengers in by-election contests. Even so, Loeffler is not an elected incumbent, since she was appointed to the position on the retirement of her predecessor.

Both Perdue and Loeffler are running as rabid Trump supporters. In this TV ad, Loffler proudly described herself as being “more conservative than Attila the Hun.” The campaign narrative for the Republicans in these races is simple: use your vote you put a brake on those godless socialists in Washington. (That’s an easier message to sell than “Use your vote to enable the President to govern on your behalf.”) In any other situation, Perdue would be an electoral liability. On the campaign trail last year, he mocked Kamala Harris for her name. . While he is now running as a fervent USA ! USA! populist and nationalist, in his previous career as an outsourcing consultant Perdue used to help to ship US jobs overseas:

The man who has lately voiced support for some of President Trump’s signature tariffs built his career as an unapologetic, free-trading practitioner of the outsourcing arts. As a top executive at companies including Reebok, Sara Lee and Dollar General, he was often deeply involved in the shift of manufacturing, and jobs, to low-wage factories in China and other Asian countries.

In tight races like these, minorities do matter. Georgia tends to be depicted in terms of its black/white communities, but sone 5% of registered voters in Georgia are Hispanic. In which direction will they break? There is some evidence ( from Florida, but not from Arizona) that some Latino voters are susceptible to anti-socialist messaging. In November, the 2% of voters who voted for libertarian Shane Hazell denied Perdue an outright victory. Much speculation has since gone into whether Hazell’s former supporters are anti-incumbent ideologues who will once again vote against Perdue – or affluent moderates who will vote for Perdue this time as the lesser evil, compared to the fearsome socialist menace.

Both parties agree that turnout on the day will be crucial. Veterans of the November election will recall that the returns from the Democratic strongholds (eg Fulton and DeKalb counties) came in late, so do not despair prematurely if the Republicans kick out to early leads tomorrow afternoon. Reportedly, Democratic strategists have been worried about the relatively low turnout in early voting in Chatham County, in which the city of Savannah is located.

As much as anything, these races will be a sign of how enduring a hold Trump still has on American voters, now that he has lost the Presidency. ( Much of the” stolen election” rhetoric has been about positioning the Republicans as the aggrieved underdogs in these two Georgia contests.) Of the two Republicans, Loeffler looks the more vulnerable. Yet as mentioned, the Democrats need to win both contests. That looks like being a tall order – but if the Democrats can somehow pull it off, it will be a sign that the age of Trump is truly over.

While we worry about the pandemic and climate change, other challenges are facing the New Zealand economy. To no one’s real surprise, the final UK/EU Brexit deal has shut off New Zealand’s previous ability to shuttle its farm quotas between both markets, and lucratively capitalising on variations in demand as they arise. Not anymore. Rather less publicity has been given to the corporate embrace of meatless meat, which passed some significant milestones late last year :

In the last three months of 2020, some of the biggest companies in the world announced major moves into the plant-based meat space. In September, Tesco — the UK’s largest supermarket chain — announced plans to increase sales of plant-based products 300 percent by 2025. Last month, Unilever — the world’s 19th largest food and beverage manufacturer — set a new annual global sales target of $1.2 billion from plant-based meat and dairy within the next five to seven years, about five times what it forecasts it will make from plant-based sales in 2020. And a few days later, Ikea announced that half its restaurant meals and 80 percent of its packaged food offerings would be plant-based by 2025.

Those announcements were just the latest notable steps some major restaurant chains and food companies took in the last year or so toward plant-based products. This isn’t Big Food’s first foray into plant-based meat and dairy, though. Over the last few years, some food companies have acquired plant-based startups or launched their own meatless meat products. But these latest announcements — pledging to significantly increase plant-based sales by 2025 — represent a much bigger investment in the future of animal-free protein than we’ve seen in the past.

Animal rights activists can celebrate, although many vegetarians will baulk at plant based food that brags about tasting just like chicken or bacon. ( For many people, that sounds like a liability, not an asset) That aside, it seems clear that New Zealand’s traditional agricultural exports will be facing stiff competition during the coming decade, now that meatless meat has become more than just a niche product.

Farewell, Joan of Arc
After 20 or so albums in just over 20 years, the Chicago based band/collective called Joan of Arc finally called it a day last month. Given their output, it became a matter of trust that among the misfires and the not quite landed experiments there would always be more than enough to sustain interest in what the band’s sole constant figure (Tim Kinsella) was up to this time around. Of late, he’s had a terrific foil in Melina Ausikaitis. Here’s a fairly typical cut from the last album…

And here’s the video for my favourite Joan of Arc track “Punk Kid” a song written and performed largely by Ausikaitis …as she indicates, being an outsider carries a lifelong cost. Judging from the credits, one of the old people featured in this video is her father …

The appeal of this band has always been they’ve seemed utterly disinterested in following anything other than their own honest, hit and miss instincts. Motives, as Kinsella said in a song way back in 1999, are subject to supply and demand. Here’s the key track from the final album :