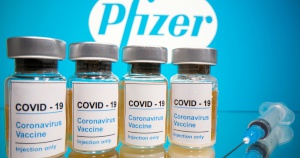 Who knew that the delivery of the Covid vaccines was going to be such a headache? All the predictions had been around the likely distribution problems. Would there be enough trained vaccinators around the country, a sufficient number of medical glass vials, a sufficiently robust “ cold chain” to safely store the vaccines out in the field? All those issues s remain. Currently though, production and delivery concerns are also hovering over whether the drug companies will live up to their contractual commitments, on time.

Take Pfizer as an example. Reportedly, New Zealand has signed up to get 1.5 million doses of the two shot Pfizer vaccine, which means a 750,000 dose programme. Supposedly, this vaccine is being set for approval by our Medsafe authorities next week, with delivery expected towards the end of March for an immediate roll out to frontline border security and medical staff. However, Pfizer has been reporting production problems and has been under pressure for some time to re-direct some of its contracted supplies to the US market, where the virus is raging out of control. Europe is experiencing Pfizer delays. Both Pfizer and Astrazeneca have been warning that they may not be able to meet all of their contractual commitments on time.

That is merely the start of it. When New Zealand signed contracts with Pfizer, the understanding was that the vaccine would come in vials containing five doses. In itself, this would be a problem for a New Zealand health system more accustomed to single vial, single dose treatments. In December though, US frontline medical staff began finding that under certain conditions, it was possible to squeeze six doses out of each vial.

In early January, and after a fierce battle with the US Food and Drug Administration, Pfizer successfully won a crucial word change to its contracts whereby the FDA grudgingly and formally conceded that each vial contains six shots, even though it takes a special “ low dead volume” syringe (and ability in using it) to extract that last shot. In addition, not every hospital or vaccinator has that equipment and the necessary extraction skills readily available.

So… Does the wording of our 750,000 dose contract with Pfizer specify actual doses, or is the wording framed in terms of vials x 5 ? Plainly, we are at risk of being short changed in that Pfizer will be insisting that each vial contains six doses, and not the five doses originally understood. At five per vial, we would be getting 300,000 vials. At six per vial, we would be getting only 250,000 vials. Which is it ? And are all our planned vaccination centres equipped and trained in the use of low dead volume syringes?

The Pfizer vaccine is intended for high risk staff and for the most vulnerable members of the wider population. (There’s a strong argument for including schoolteachers as a frontline priority group for the Pfizer vaccine, too.) Beyond that, the mass vaccination programme for the public at large will be via the Astreazeneca and Novovaxx vaccines which – on current indications – appear unlikely to be available for authorisation and use until well into the second half of 2021. By then at least, there will be overseas data on how effective those particular vaccines may be.

Uh oh. A day can be a long time in US politics. Further to yesterday’s column about the filibuster as a tactical weapon, Republican Senate minority leader

Mitch McConnell has just won his first victory over the Biden administration. The Democrats have given up on their battle to terminate the filibuster. Background: the filibuster is a procedural tool and tactic whereby the opposition can effectively block legislation by simply talking about it at infinite length, thereby delaying the Senate vote needed for passage into law. Currently it takes a 60% Senate majority to end the filibuster and impose time limits on speeches.

As predicted in yesterday’s column, McConnell was willing to fight to the death to retain the filibuster against Democratic attempts to put time limits on speeches via a simple majority vote. Nominally, the wily McConnell has relented – as the New York Times reported here y– in that yesterday, McConnell dropped his demands over retaining the filibuster. But there is a catch. The fatal weal links in the Democratic strategy have always been the two conservative Democratic senators cited in yesterday’s Werewolf column – Joe Manchin and Kyrsten Sinema. Unfortunately, both announced yesterday that if it came to it, they would vote to retain the filibuster. McConnell cited their comments as being his reason for “conceding.” Because in effect, the two Democratic moderates have won his battle for him.

Obviously this isn’t a good sign that the Democrats will be able to win a Senate sign off for any progressive policies or even manage to get progressive appointees through the Senate conformation process. True, Bernie Sanders (and others) have argued that the Democrats should resort to a “budget reconciliation” process whereby they peel off and pre-fund the key items in their legislative packages by a simple majority vote. However, this would still require Manchin and Sinema to vote with the team. In effect, this duo now holds an effective veto power over anything that Biden wants to do.

Ultimately, the Democrats seem likely to come under the same pressures to water down their agenda, as the Obama administration did between 2010 – 2016, in the face of Republican senators intent on fostering gridlock. At least Joe Biden has been here before.

This ballad marks a surprising duet between Billie Eilish and the Spanish superstar Rosalia and it works pretty well on most levels. It is an odd combination, but a viable pairing and it marks a credible debut in Spanish by Eilish. As a studied slice of Auto-tuned melodrama it also conveys enough genuine emotion about the transience of love to avoid the risk of parody. Although Rosalia tends to dominate, the track is carried almost entirely by the singers’ harmonies. It will be interesting to find out in coming months if these two also collaborated on any uptempo tracks…