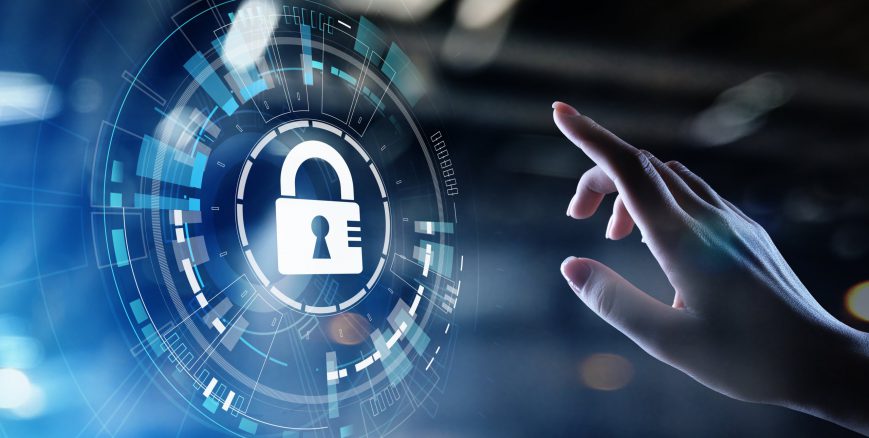 Well, apart from the who, why and how of it, the recent hack of the Reserve Bank’s computer security defences seems crystal clear. It happened. It happened about five months or so after the computer systems at the New Zealand Stock Exchange and several major corporates and state agencies were also penetrated. Also by persons unknown, and for reasons unclear. It would seem that this country’s cyber systems are coming under periodic attack by individuals or by foreign governments- or by both – but we don’t seem to know (or aren’t being told) for what ends, and without any revelations about what (if anything) has been lost in the course of these raids.

You have to ask – is this lack of transparency about something that sounds really, really important a strategic decision. Is it because we don’t want to offend trading partner X by accusing its operatives – China? Russia? North Korea? Estonia? The Ukraine? Or are we being targeted by a secret cabal of acne-ridden Minecraft fans? Hard to tell. Do we even know if are they raiding us for fun, for practice, or for profit? And if the right answer is “profit” then how is that going for them?

Frankly it is hard to get onto a war footing if we don’t know where the battleground is, what the weapons are, and whether we’re being attacked from across the cyber border, or from within. In the Reserve Bank case, we don’t know if it is the RBNZ systems that are vulnerable of the systems linked to it. (Cyber defences are only as good as their weakest link.) Could someone in government please turn on the light and share some information as to what is happening, and what level of peril (if any) we are in. And if our cyber sleuths haven’t a clue what’s going on, that’s OK. Just ‘fess up to it. Maybe some acne-ridden Minecraft fan might be able to help out.

Talking of sharing info, how is the evaluation of the AstraZeneca Covid vaccine coning along? In a matter of weeks, the world went from still querying the reliability of the clinical trials and its ever shifting claimed efficacy rates ( 62% ? 90%? An average of 70%?) to rolling it out to frontline medical staff and to the most vulnerable. One can understand why the global severity of the pandemic has created a sped-up “emergency authorisation” process. The emergence of highly infectious UK and South African strains of the virus is also posing fresh reliability/efficacy tests for the vaccines that have already come out of the starting blocks. But as yet, we have had precious little information as to how these factors are being weighed (and presumably accelerated) within the evaluation process in train in New Zealand.

In practice, we will probably be relying heavily on Australia’s evaluation processes, which are usefully outlined here. Among those procedures :
The pharmaceutical company must submit a comprehensive dossier to the TGA with details on clinical studies, non-clinical and toxicology studies, chemistry, manufacturing, risk management and other information. This can amount to more than 100,000 pages so it takes time for the Therapeutic Goods Administration to review it. “The TGA may agree upfront to accept a limited number of rolling submissions of data during the evaluation phases, as well as reports from comparable overseas regulators,” the TGA states….[Prior to final approval] a team of technical experts then evaluates all the data.

Right. That sounds thorough, but also slow. As in New Zealand though, Aussie PM Scott Morrison is assuring the public that a full and thorough evaluation process will occur, and yet (somehow) this will be able to be completed in time for the Australian vaccine rollout to begin in March. Presumably by then, some UK efficacy data about how well the AstraZeneca vaccine works in the field (and against the mutated variants) will be available. Meanwhile, early and very limited trial data suggest that at least one of the other vaccine contenders is effective against the highly infectious UK and South African variants:

Pfizer and BioNTech’s vaccine seem to work against a key mutation in variants of the novel coronavirus found in South Africa and the U.K., a lab study showed. Blood collected from 20 patients who received the shot in Pfizer’s phase 3 successfully neutralized the so-called N501Y mutation, located in the receptor binding site of the spike protein. The partners have now shown their vaccine works against 16 different mutations of the virus.

New Zealand has contracts for 750,000 of the two shot courses of the Pfizer/BioNTech vaccine. However, the public at large will probably receive the AstraZeneca and Novovaxx vaccines, starting from mid-year. Let’s hope we know more about them by then.

Now that the Trump Presidency is officially on the downward slope, the rash of resignations on moral grounds (and the What Took you So Long? responses) continue apace. In practice, the White House/Cabinet resignations amount to no more than taking your unused holiday leave rather than being paid out for it. Still, it would be interesting to see how the exiting Trumpers frame their resignation moves on their CVs. (“It was when they rampaged through the Capitol seeking to execute Mike Pence that I thought well, I really have to draw the line. Being an accomplice to the attempted lynching of the vice-President seems like a bridge too far for me, etc etc”).

More seriously, Trump has been banned from Twitter, possibly for life. Again, it comes at a point beyond where he can take regulatory revenge against them. His abysmal response to the Charlottesville white nationalist march long ago, should have been enough. But still, this belated Twitter move now cuts Trump off from his main channel of communicating with his most rabid, most dangerous supporters. Good. The last social media memory many will have of him will be the placatory video he released the other day, when he threw them all under the bus, prosecution-wise. Clearly, it has been a rough week for Tammy from Boise, Idaho.

Thankfully, House Speaker Nancy Pelosi has already contacted the Pentagon to limit the ability of the outgoing President to initiate military action in the next 10 days. However, Trump’s friends (Benjamin Netanyahu, the Saudi Crown Prince) are more than capable of mounting false flag operations to draw the US into an attack on Iran.

However, the more likely remaining Trump outrage will be his attempt to pardon himself for any and all prosecutions in future, a blanket protection that’s likely to be extended to his family (Ivanka, Jared Kushner) and sole remaining friend, Rudy Giuliani. Unfortunately, even if Trump doesn’t do so, President Joe Biden could well pardon Trump (just as Gerald Ford pardoned Richard Nixon) in a gesture at national reconciliation. It would be wrong to do so. Such a gesture would be taken by Trump’s supporters as a sign of weakness. Prosecuting Trump really is the only way of exposing, discrediting and diminishing him.

Talking of belated…Doris Allen, Lee Moses, Eddy Giles… The soul music of the period 1963-1975 is like the golden 1970s decade of classic reggae, in that there seems to be a never-ending trove of unsung artists whose recordings continue to come to light. The late Johnnie Frierson (1945-2010) is only now having his legacy promoted and covered by the likes of Bill Callahan and Bonnie Prince Billy. He deserves the recognition.

Who was he? After a brief mid-1960s gospel and soul career on Stax/Volt, Frierson got drafted to Vietnam and came back damaged to the US to work in a series of day jobs, and to make home recordings of his own gospel-inflected soul. This is the brilliant title track of a recently re-issued compilation from that period, on the Light in the Attic label:

Frierson was the brother of a slightly better known lost soul legend, Wendy Rene (1947-2014). Rene was also belatedly celebrated a few years ago via a great compilation album. Her
“After Laughter Comes Tears” non-hit was later sampled by Wu Tang Clan on their
“Tearz” track and was also used (with credit) by Alicia Keys on her “Where Do We Go From Here” …The Keys royalties eventually enabled Rene to buy her family a house.

A protege of Otis Redding (who re-christened Mary Frierson Cross as “Wendy Rene” in 1963) she had the misfortune of being slightly out of time. In content and style, her piercing innocence belonged to the girl group genre (or to an even earlier pre-soul pop era) while she was just too soulful for the teen audience whose concerns she wrote and sang about with such insight and passion. For example:

Finally, Rene and Frierson also recorded a couple of cuts together in the mid-1960s, as part of a group called the Drapels. This one also should have been a hit: