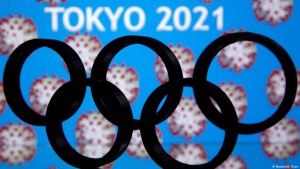 As the Covid vaccines roll out around the world, the Tokyo Olympics are looming as a major test of when (and whether) something akin to global normality can return – to international travel, to global tourism, to professional sport and to mass gatherings of human beings. Currently though, it looks like a forlorn hope that Japan will be able to host the Olympics in late July. Herd immunity on any significant scale seems possible only by December 2021, at the earliest.

For now though, the Japanese government of new PM Yoshihide Suga continues to insist that the Olympics will be open for business on July 23, 2021. For its part, the International Olympic Committee (IOC) has said that the Games can’t be postponed again and will be cancelled if they cannot be held on schedule. When will that call me made? Well, the relay carrying the Olympic torch across Japan is due to set off across the country on March 25, so that will be the final, latest date for calling the whole thing off. There have been suggestions that the United Nations might be asked to make that decision, thereby getting everyone else – the IOC, the Japanese government – off the hook.

Within Japan itself, Suga has just extended the state of its coronavirus emergency from beyond Tokyo to include Osaka, Kyoto and Hyogo prefectures until February 7. For historical reasons dating back to WWII, the central government has no power to enforce the limited lockdowns stipulated in Suga’s emergency decree. Reportedly, Suga has needed to be dragged into taking ANY actions against the pandemic, given his pre-occupation with (a) the perilous state of the economy (b) with the chronic faction-fighting inside his ruling LDP party. For their part, ordinary Japanese people seem to be pretty downbeat about the Olympics taking place:

More than 80% of people in Japan who were surveyed in two polls in the last few days say the Tokyo Olympics should be cancelled or postponed, or say they believe the Olympics will not take place. The polls were conducted by the Japanese news agency Kyodo and TBS — the Tokyo Broadcasting System. The results are bad news for Tokyo organizers and the International Olympic Committee as they continue to say the postponed Olympics will open on July 23.

A lot is still riding on the fate of the Olympics. Japan has officially invested $US15.7 billion in hosting the Games but (with the cost of delays added) the price tab may now be as high as $25 billion, three quarters of which is public money. For its part, the IOC also has plenty to lose from an outright cancellation. The IOC earns over 90% of its income from selling broadcasting rights and peddling sponsorship deals. The US network NBC alone has committed a total of just over $12 billion since 2011 into broadcasting the Summer and Winter Olympics right through until 2032. For obvious reasons, the IOC is still trying its best to sound sturdily upbeat:

An International Olympic Committee spokesperson said [last Friday] that the Games are still on schedule, despite recent events in Japan. “The IOC has full confidence in the Japanese authorities and the measures they are taking. Together with our Japanese partners, we continue to be fully concentrated and committed to the safe and successful delivery of the Olympic and Paralympic Games Tokyo 2020 this summer.”

Would a Games held inside empty stadiums with no tourists and only digital visuals and sound effects still qualify as an event sufficient to get the IOC (and Japan) off the hook of compensating the corporates that thought they were buying a quite different product? We shall soon find out. As mentioned, an intervention by the UN might help the IOC and Japan to escape legal liability. Right now, everyone knows deep down that hundreds of thousands of tourists cannot and will not be travelling to Japan. Clearly, they could not safely congregate once they arrived, without importing or catching the virus. The same considerations arise with respect to the safety of the athletes and their support staff.

Supposedly, more than 11,000 athletes from 206 countries were expected to take part, and the Olympic Village was envisaged to be the base for around 30,000 people. Reportedly, the Japanese government has been exploring whether some of the athletes and their coaches could be housed in hotels or private homes, so long as they promised not to go anywhere else except the stadium. Good luck with insuring anyone with that kind of safety protocol attached.

It is not as if Japan hasn’t done its best to deny reality. Since October, the Japanese government has been fiddling with the immigration protocols and visitor entry requirements, while paring back some of the costs and a few of the ceremonial events. The Suga government has been considering allowing the athletes themselves to enter Japan without a 14-day self-quarantine period. There could be Covid testing at the point of entry to Japan and at the stadium locations. There might be a requirement for a negative Covid test result three days prior to departure.

All of this looks like tinkering. Desperately, the IOC has been pointing to the “successful” running of the Tour de France and the US Tennis Open during the pandemic, as precedents for forging ahead with some minimal, bonsai version of the Games… but maybe the United Nations should just step in and put everyone (especially the athletes) out of their misery.

Years ago, the Onion nailed the business of competitive yachting and the layers of socio-economic class differences inherent to the sport. On other fronts, it is hard to avoid the symbolism of some rich guy calling his boat Patriot and then watching it careen out of control and self-destruct only a few days before the Biden inauguration. By Thursday afternoon NZ time, we will know whether those other patriots have managed to blow apart the Republic they claim to be defending.

By most accounts the 1973 release by the band Lavender Country was the first album ever by an openly gay country music ensemble. There’s a music documentary to be made about the band’s career before and since, especially of leader Patrick Haggerty. Checking them out on Spotify shows that Lavender Country were a terrific country band, besides their sexual identity pioneering. This cut, for instance, is a killer: