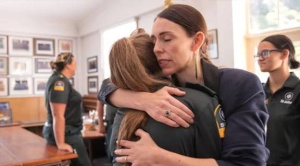 The Ardern government has made an art form out of reviews and inquiries- when to hold them, when to fold them, and when to shelve the findings, virtually untouched. Among other things, the WorkSafe criminal proceedings into the Whakaari /White Island disaster look like the outcome of a conscious political strategy. The government is choosing this route instead holding a proper inquiry, because it can conveniently narrow the focus only to (a) the events prior to the eruption and (b) solely to possible violations of our labour laws.

Think of what we’re missing out on as a consequence. No-one will be scrutinising the (in)adequacy of the post-eruption responses by the Police, Civil Defence and the military. On the day, a few brave commercial operators thankfully defied the official prohibitions and went in to help save victims who would otherwise have been left to their fate. This week though, Police Minister Poto Williams and Emergency Management Minister Kiri Allan both brushed aside calls for a wider review of the (lack of) rescue responses. As a result, this tragedy will be able to teach us sweet nothing about how the rescue efforts of Police and local first responders should be co-ordinated, when a disaster occurs.

Moreover… Think of what else a genuine inquiry would have delivered. A wide-ranging, “before and after” investigation would have wanted to hear not only from Williams and Allan, but also from Workplace Relations Minister Michael Wood, Tourism Minister Stuart Nash, and Science Minister Megan Woods, among others. Aviation, maritime, tourism and regional development issues all contributed to how this disaster happened in the way it did. To repeat though: the criminal cases will be restricted to potential violations of the labour laws.

That’s a really narrow pipeline. The opportunity to inquire more widely, and to establish – for example – a few long-needed rules and standards for the adventure tourism sector has been (deliberately) passed up. Truly unfortunate. Post Covid, the tourism industry’s cowboy operators will be itching to recoup their lost revenues. It would have been nice to think that we had put better safeguards in place. But evidently, government isn’t treating this as a high priority.

Once the court proceedings do kick into gear, much will hinge on the relationship between GNS Science and the commercial tour operators. In the weeks preceding the eruption, GNS Science did raise its warning levels. Yet could – and should – GNS Science have done more to sound the alarm about the mounting risks of visiting the volcano? Obviously, yes.

However, on anything from climate change to waterways pollution… Whenever whatever scientists advocate might impose a financial burden on the private sector, it tends to be the science proposals that get watered down, or kicked further down the road. That’s exactly what seems to have happened over the commercial tours to the volcano. Basically, science played second fiddle to the imperatives of commerce.

No-one of course, could predict the exact day on which the eruption would occur, but by raising the risk level to Level Two, GNS Science had been signalling that an eruption was more likely than normal. Yet even when further volcanic activity was observed, the advice from GNS Science downplayed its significance, as being confined to the further side of the crater lake. Ultimately, GNS Science (and everyone else) left all of the key decisions to the tour operators and to the island owners, all of whom had a commercial incentive to push their luck.

This legal grey zone still exists. During the crucial days before the eruption, GNS Science might well have felt that it could be sued if any stronger statements by its staff had the effect of shutting down or curtailing the tours to the volcano. After all, the summer cruise ship season had begun in earnest only a month beforehand. Regional tourism stood to lose a bundle if anyone engaged in scary messaging. With that in mind, GNS Science appeared to bend over backwards to discount the full implications of their own advice.

Hopefully, that factor will be among the issues the court will be considering. Did the economic implications have a chilling effect on the willingness of GNS Science to act pre-emptively, and actively warn tourists away from the volcano? Apparently, yes. In future, the scientific community may need to be given explicit regulatory powers and legal protections to impose ‘exclusion zones’ around dangerous sites – until such time as the scientifically detected risk levels subside, and irrespective of whether those actions have a negative impact on the finances of needy (or greedy) tourism operators.

Lord knows though, how the courts will draw the line as to what counts as a responsible degree of caution, and what counts as a culpable lapse in the duty of care. Were the tourism operators hearing only what they wanted to hear, or were they being genuinely left in the lurch to make a judgment call on safety matters about which they had no relevant expertise – beyond the level of “we’ve done this before and got away with it, so why not make hay while the sun shines? ”

Sure, visitors can be advised that such activities carry risk. Yet until an accident happens, those warnings readily become part of the sales package, and get treated as a marginal thrill factor that’s all part of the unpredictable grandeur of nature. They don’t commonly get portrayed as a palpable danger that will kill or maim any ticket holders who happen to be in the vicinity at exactly the wrong moment.

This is where incumbency can be so misleading. The fact that tours exist and get carried off daily without incident (so far, so good) inevitably engenders a false sense of security. In many other countries, the prospect of being sued puts something of a brake on risky tourism activities and practices. Yet in New Zealand, the profits of adventure tourism are privatised, while the risks are socialised. By and large, individuals and firms can’t be sued in the event of accidents. Here, the Accident Compensation scheme provides a safety net that largely spares tour operators from carrying the full economic weight of responsibility if, and when, the worst may happen.

There’s a pattern to all this. What with the secrecy shroud surrounding he Royal Commission inquiry into the mosque shootings, and the lack of any inquiry at all into this event, a kind of law seems to be emerging. Namely: the bigger the disaster, the less likely the public will ever get to see the causes/responses evaluated in a transparent fashion. The received wisdom is that social media is not the best place to analyse and debate contentious issues. But increasingly, it seems to be all we have.

Guys, huh. You know the kind:

Apathetic boys dressed like it’s still 2004
Haven’t you ever heard of a store
You’ve got no street cred
And by the way I’ve heard of Radiohead
I guess they’re ok..