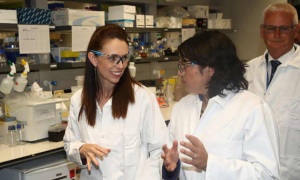 As PM Jacinda Ardern explained at yesterday’s press conference, the government has signed supply contracts for delivery of four Covid-19 vaccines, in numbers sufficient (on paper at least) to provide doses not only for every New Zealander. but for those Pacific countries that might want the option. As Ardern also indicated, some of the data on efficacy and side effects is still being accumulated. Yet unlike many other countries that are rushing the vaccines into emergency use, New Zealand is sufficiently virus-free as to enable a variation of the usual Medsafe authorisation process before the vaccines are allowed to be be administered to the general public. The vaccination timetable is being touted as likely to run from the middle of 2021 into early 2022.

As Ardern conceded, much about the Covid-19 vaccines remains unknown. In the circumstances, the drug companies will be allowed to supply Medsafe with “rolling” testing data, as the vaccine trial results become available. Currently, the science can’t even tell us with any certainty whether people who have been vaccinated can still be carriers able to transmit Covid-19 to other people. More urgently, there are significant question marks (see below) over both the Astra Zeneca and Novavax vaccines.

To recap the numbers, the four pre-purchase agreements secured by New Zealand to date are:

· 5 million courses from Janssen/Johnson and Johnson

· 3.8 million courses from the University of Oxford/AstraZeneca; and

At this stage, some of these vaccines are still very much works in progress. As has been widely publicised, Astra Zeneca has hit verification problems with the stage three clinical trials for its vaccine canbdidate, after some of the initial claims about its efficacy began to fall apart under closer scrutiny. In order to try and produce more reliable data and to boost its efficacy results, the company has been revisiting its trials. A few days ago, Astra Zeneca also announced that it was in talks with the Russians over a possible joint administration of its vaccine in conjunction with the Russian Sputnik V vaccine. The efficacy claims made by the Russians about Sputnik V have hitherto been viewed with some scepticism in the West. At yesterday’s press conference, there was no mention of whether New Zealand’s contract with Astra Zeneca would encompass the Sputnik V vaccine as well.

As for the Novevax contender, it is making heavy weather of its attempts to get a vaccine to market. Recently, its plans came under questioning from the US Food and Drug Administration, according to this November 30 report on the FiercePharma website.

Maryland biotech Novavax continues to lag behind in getting its candidate into a late-stage trial in the U.S. Now, that trial has been pushed back further as the FDA targets its manufacturing plans. The FDA has lobbed “additional questions” at Novavax’s plan to lean on partner Fujifilm Diosynth Technologies’ North Carolina plant for commercial-scale manufacturing of its vaccine for a phase 3 North American trial, the company said Monday. The added scrutiny has pushed the study’s start date into late December at the earliest.

So…considering the problems that both Astra Zeneca and Novoax are experiencing, some of the deals that New Zealand announced yesterday look rather less than certain. Put it this way : roughly nine million doses of the vaccine numbers being touted yesterday either do not have reliable stage three trial results yet and in the case of Novovax, the company has barely begun such trials, if at all. Surely, this uncertainty has to make our planned mid to late 2021 vaccination timetable look aspirational, at this point.

Footnote: The Pfizer/BioNTech vaccine has been the first vaccine out of the blocks, and – as widely reported – it requires two doses, and the vaccine must be stored in a continuous subzero” cold chain” at every step from manufacture to delivery to injection. The special freezers required will reportedly arrive in New Zealand later this month, or sometime in January. The early recipients of the 750, 000 two dose course will be frontline staff at the border, in isolation units, and in medical facilities. In the US, there is evidence that Pfizer is having a few manufacturing problems with its vaccine, but is generally on course.

Because of its minus 70 degree Celsius storage requirements, the Pfizer vaccine would be a difficult candidate for a mass vaccination programme here, even if we could secure further sizeable supplies of this globally in demand vaccine. Ultimately, we will probably have to cross our fingers and hope that the vaccines made by Novovax and Astra Zeneca do eventually make the grade. Astra Zeneca’s early (and now scrapped) efficacy results ranged from 62% in one case to 90% in another, but it was the doubts raised about the higher outcome that sent Astra Zeneca back to the drawing board. It will be up to Astra Zeneca to dispel fears that turning to the Russians to help the company resolve the efficacy problems with its vaccine isn’t a desperation move.

No doubt the Ihumatao deal will be decried in some quarters as the death of private property, and as (by definition) a dreadful misuse of taxpayer money. Such people should take a stress pill and chill. At less than $30 million, the deal looks like a bargain price for resolving a festering and seemingly intractable dispute, and all involved ( including Fletchers) should be thanked for not allowing the initial standoff to spiral out of control ( a la Bastion Point) and thus create decades of further anger.

At the precedent level, it also looks like a win/win. The deal bolsters the mana of the kingitanga, and shows that a heavy-handed government intervention isn’t a necessary or desirable way of settling the relatively few historical grievances that endure beyond the initial Waitangi Tribunal decisions. This has been a working example of Maori resolving Maori grievances, and with central government steeping back and merely playing a facilitating role behind the scenes. All round, this has been a good outcome, and one that sets a useful precedent.

As a friend recently said, Pitchfork’s description of 25 year old Londoner Nilufer Yanya as a “ jazz/pop artist” was annoying on both counts, since she’s neither jazz nor pop. True, but I guess “alt-experimental songwriter singer guitarist” doesn’t easily roll off the tongue. Her new three track EP Feeling Lucky? features the usual distinctively angular song structures and richly melodic guitar lines. She keeps evolving, but there’s a clear line back to the best cuts (“Paralysed” “Baby Blu”) on last year’s excellent Miss Universe album, and to breakthrough tracks like 2017’s “Baby Luv” single.

Her singing is distinctive but elusive – she manages to be both offhand and precise, the falsetto soft-edged but cutting. The honesty is always compelling. On the new EP’s most conventional track “Same Damn Luck”” she deals with the resentments of a friendship/relationship where one person is doing most of the work, while acknowledging the rewards (“miss you/ miss you”) that keep her hanging on, regardless. Luck is good, luck is bad, the song suggests, and its OK if the details sometimes feel beyond our control.

And for something more oblique, here’s the multi-tracked reverie “Crash” from the new EP…