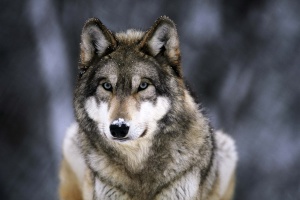 In October, the public rewarded the government for the way it has steered New Zealand through the Covid-19 crisis this year, and rightly so. The Labour-led government’s handling of the pandemic was not only the year’s top political accomplishment but – almost certainly – there are New Zealanders alive at Christmas time this year who would not have been if there had been a National government in office. That’s not an ideological point. Judging by their early response to the crisis, National would have almost certainly not gone in so early and so hard. The reality is that there would have been a human cost if economic wellbeing had been given more emphasis, early on.

In the end, Australia learned the lesson that the best health policy is also the best economic policy during this pandemic. Locally, business is currently reaping the benefits. Long may it last. But the ongoing battle to obtain and deliver an effective vaccine programme in the face of (a) global demand for vaccines and (b) a dangerously mutating virus means that 2021 is going to be no walk in the park, either. .

Economically, the big losers downstream from the virus continue to be the tourism sector and (especially) the international education sector, which is a multi-billion dollar export industry that the government seems to have (inexplicably) thrown to the wolves. (Vastly more government money has been poured into tourism, and tourism has also benefitted from the upsurge in domestic tourism.)

Frankly, it is hard to tell whether international education’s failure to garner meaningful government support has been because of (a) inept lobbying by the agencies responsible for the sector (b) the incompetence of the Immigration Service or (c) government disinterest, or a combination of all three. Anyway you look at it though, the sector looks like a disaster area. By the time New Zealand gets its act together (and 2022 is the earliest date that Chris Hipkins is citing for any meaningful influx) the international students will have long gone to other countries, and a decade’s effort in building these markets will have gone to waste.

Climate change challenges
The other litmus issue in 2021 will of course, be climate change. The first shots here will come in early February, when the Climate Change Commission is due to open its draft report on the issue for public submissions, with a final report due to go to government somewhere around mid-year. This report process will provide a very revealing test of just how far, and how fast, all of the parties involved ( the Commission itself, the Greens, the Labour government and the wider public) are willing to go on combatting climate change.

How far, and how fast. Those yardsticks will be applied to the government on a number of fronts in the coming year. (For example: the raising of benefit levels.) Suffice to say…there’s been a quite revealing contrast between the aftermath of the last two elections. After Election 2017, the coalition government was quick to brag about how much it had achieved in its first 100 days of office, even with NZ First and Winston Peters sitting alongside as the alleged handbrake preventing radical action.

Well, by my count it is now 67 days since Election Night 2020 saw the removal of the alleged handbrake, but the pace of change over that period has been considerably less than breath-taking. Rather than barrelling along in the fast lane, the government has been driving ultra-carefully down the middle of the road at 40kph, with social needs banking up behind it. In 2021, Labour is really going to have to pick up the pace.

That’s the political challenge. Voters gave Labour a mandate to deliver radical left wing responses to social needs, and on the environment. Labour were given the powers to execute that radical agenda. So far though, the Labour leadership looks petrified by the prospect of venturing much beyond business as usual. Previously, it could blame Winston Peters. Now, it talks of the “need” to retain the National voters who crossed over to Labour in October. On both counts, these look more like convenient excuses. So far, Labour been very, very reluctant to deviate from the “Third Way” approach that centre-left parties (in the UK and US) adopted during the mid to late 1990s. That approach consists of economic conservatism, and only the level of social liberalism that those economic settings will permit.

So… 2021 looks like being a testing time. Like the dog that chases the car, Labour has actually caught the car this time. It now has to figure out what it is going to do with it. And the voters (especially those on the centre left) who gave them this historic opportunity are going to need to ensure that Labour doesn’t fritter away the chance for radical change. On past experience, there will be any number of excuses put forward as to why Labour cannot possibly risk assuming the identity that it claims to have, but which it cannot ever quite dare to perform in public. Maybe 2021 will be the year when Finance Minister Grant Robertson finally lets Labour out of the closet.

Footnote One. Good things ahead: on January 20, 2021, the world will finally be rid of Donald Trump. The two Senate races in Georgia (in early January) that will decide whether the Biden presidency can pass its legislative agenda are still looking very close. Day by day over the Christmas and New Year break – if you’re a total political tragic-
you can follow the polls here.

Footnote Two
Thanks a lot to everyone who has read and/or contributed financial support to Werewolf during this past year…your response is much appreciated. The thing about online communities is that they never seem entirely real. I write this stuff with an imaginary audience in mind. It includes me, since often its only through the act of writing it down at 6.30 am each morning that I find out what I truly think about anything. So when you write in – or amazingly, when you send in a donation – it is very encouraging. I write and therefore exist. Evidently, you exist, too. And we’re not alone in thinking about the world in roughly this fashion. Great.

So have a good Christmas break. I will be keeping this column going in random fashion though January so if you’re at a loose end, drop on by.