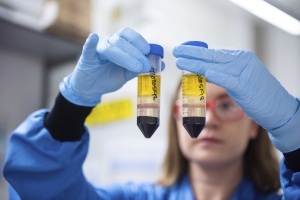 According to this week’s Speech from the Throne, maintaining public safety during the pandemic will remain the government’s top priority. Next year will (hopefully) bring the rolling out of a free vaccination against Covid-19 to New Zealander. Currently, there are three possible vaccine contenders but the effectiveness of the vaccine will be only one of the factors determining which vaccine will pre-dominate. On the basis of the cost per dose, and the ease of manufacture, storage and distribution, the Astra Zeneca/Oxford University vaccine will almost certainly be the prime choice for New Zealand, at least initially. It has problems (see below.)

Since August, New Zealand has been arranging access to the Astra Zeneca vaccine via an arrangement with Australia that will also involves distribution to Pacific countries. Earlier this month, CSL Ltd in Melbourne reportedly began manufacture of approximately 30 million doses. Astra Zeneca has said it will not be profiting from its vaccine, which will be priced at between $3-5 a dose – a distinct price advantage over the likely $20-30 a dose currently being cited for the Pfizer and Moderna contenders. The technology utilised by Astra Zeneca also means that the vaccine can be stored in a domestic fridge, thus avoiding the need to build and maintain the kind of “super-cold’ storage and distribution network required by the Pfizer vaccine.

Question marks though, remain over the effectiveness of the Astra Zeneca vaccine contender. When administered in two equal doses it has recorded an efficacy rate in its initial trials of only 62%, but that figure rises to 90% if the first dose is only a half dose, and the second shot is a mega-dose. This puzzling finding has been described as “intriguing” by Astra Zeneca’s leading researcher. Vox has published here a good summary of what we currently do, and don’t know about the three main vaccine contenders.

Efficacy is only one of the hurdles. Safety, as measured by the absence of serious of side effects among age, gender and ethnic sub-groups is also a factor before regulatory approval can be given. The participants in phase three trials are usually divided into a group that receives the vaccine and a group that receives a placebo.

What companies — and regulators — are looking for is fewer cases of confirmed Covid-19 in participants who received the vaccine, than in those who just got the placebo….Moderna enrolled more than 30,000 participants in its phase 3 trial. Pfizer and BioNTech recruited more than 43,000 people for their trial. Oxford and AstraZeneca’s recent results came from a pool of more than 11,000 volunteers.

With all three vaccine contenders, the results have emerged from company press releases, and not from peer-reviewed findings. (The reported efficacy rates are also measuring people getting sick, and not the rates of people carrying the virus.) To layfolk, what might seem surprising is the relatively low number of cases that researchers consider as significant indicators of the vaccine’s efficacy:

Oxford and AstraZeneca reported their efficacy results based on 131 cases. Moderna reported its efficacy based on an interim number of 95 cases, and Pfizer and BioNTech reached an even higher benchmark with 170 cases. Moderna’s interim analysis found that of their 95 events, 90 of them were in the placebo group and five were in the treatment group. Of Pfizer and BioNTech’s 170 Covid-19 cases, 162 were in their placebo group and eight in the group that received their vaccine. Oxford and AstraZeneca did not report the exact split between the group that received their vaccine and the comparison group..

Hopefully, Astra Zeneca will clarify that situation. Moving right along…as mentioned, the small number of cases relative to the trial size remains statistically significant, regardless. The large number of trial participants is not so much for efficacy purposes, but to help detect any dangerous side effects occurring among vulnerable sub-groups, and that requires a large number of people representative of the various categories. Much still remains to be known:

This is an important distinction. If the vaccine efficacy results do reflect the extent to which the treatment safeguards against severe infection – but not necessarily against mild infection – then this could mean that Covid-19 may remain transmissible to vulnerable groups, at least until widespread immunity is achieved across the whole society. This would suggest that social distancing, masks and contact tracing may still be required during the interim phase between the vaccination programme being under way and the achievement of a wide extent of immunity, nation-wide.

Footnote: Furthermore, it seems that the Astra Zeneca trial group who received the initially half dose/then full dose vaccine that pushed the results up to a 90% effectiveness rate was capped at age 55 – while the group that included a placebo group and the two full doses included participants above that age. In other words, the two Astra Zeneca trials were not comparing apples with apples, and the intent of the subsequent age capping may actually have been to boost the apparent efficacy rate. As Bloomberg News reported this week:

“I don’t believe that the FDA will look positively at any trial where the dose, or the age cohorts, or any other variable were changed mid-trial, inadvertently or deliberately,” said Geoffrey Porges, an SVB Leerink analyst who predicted Monday that the U.S. Food and Drug administration would not clear the vaccine.

That would be devastating, given that New Zealand is placing most of its bets on the Astra Zeneca vaccine being The One. More is available here on Astra Zeneca’s troubled trials.

Footnote Two : Just after this column was published, Astra Zeneca announced it will carry a new, international trial to try and counter the negative reaction to its initial claims about on the efficacy of its vaccine.

In the Speech from the Throne, the government unveils its legislative road map for the next parliamentary term. Judging by the speech that Governor-General Dame Patsy Reddy read out to Parliament earlier this week though, the Ardern government plans to travel down much the same well-worn tracks as before, and not in the fast lane, either.

Stability and continuity were promised in the speech, not radical change. With luck, the economy might be assisted to expand a little. Once more, the government is promising to “relentlessly” make progress on affordable housing, child poverty, and climate change – but on the track record to date holding your breath on any of those targets is not advised. The government’s self-declared top priority in 2021 will to keep people safe from Covid-19, and this effort will (hopefully) include rolling out a free vaccination programme to every New Zealander. During the first half of 2021, the rewrite of the Resource Management Act will also (finally) begin to take shape.

All very worthy aims. No doubt, PM Jacinda Ardern sincerely wants to alleviate child poverty, but she also seems to have little or no appetite for changing the economic structures that keep on generating it. A wealth tax of any sort has been arbitrarily ruled out. So has any meaningful capital gains tax, as recommended by Labour’s own Tax Working Group.

In the past, Winston Peters was commonly criticised as being the handbrake that allegedly held Labour back from fulfilling its progressive ambitions. Well, now the handbrake is gone, but the Labour government still seems to be proceeding at the same measured pace. (One of the ironies of the Speech from the Throne is that it contained nothing to which Winston Peters would have objected.) Ironically, voters have just handed Labour a huge mandate for radical change, but its leadership duo – Ardern and Finance Minister Grant Robertson – seem to prefer (a) incremental changes that they then (b) tend to micro-manage to avoid any conceivable political fallout.

How, then, is Labour going to achieve its wider aims – to reduce income inequality and combat climate change – if it is so instinctively averse to rocking the boat? Two years ago Labour’s own Welfare Expert Advisory Group outlined a series of practical measures to address poverty. Yet at best, the Speech from the Throne merely tinkered with welfare reform. The allowance to help solo parents retrain, and re-enter the paid work force will be re-instated. Lifting the hourly minimum wage to $20 will also help workers – many of them, women – currently on subsistence incomes.

Great. But the Covid recession is expected to deepen in 2021, and the subsidies that have softened the impact of the pandemic have expired. Rent and mortgage pressures will increase in 2021. Poverty will bite harder. Yet as the Speech from the Throne illustrated, the government seems set – at least until Budget 2021 – on ignoring the calls to raise the level of the main benefits. If this reluctance is due to government concerns about how many people might soon be applying for benefits, it would be an admission of failure. In the meantime, the consensus among those on the front lines of welfare delivery ( in food banks, housing groups etc) is that raising benefit levels would be the most effective way of making deep inroads into child poverty in particular.

After Labour won the first outright majority in the history of MMP voting, there was early talk about whether it would be a “transformational” government. No doubt, better public transport, more affordable public housing, and a retraining allowance would be welcome advances. But they would hardly count as the systemic, transformational change that many voters were hoping for.

Talking of double shots of vaccines, that’s a reminder of this slice of Farfisa-fuelled good times…: