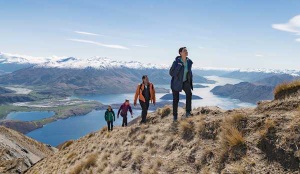 But first, a Covid-19 vaccine update. Early results from stage three trials on at least two Covid-19 vaccine contenders have been highly positive, at 90% plus levels of effectiveness. Both vaccines come with fish-hooks, though. Reportedly, the Pfizer/BioNTech vaccine requires two shots to be effective, has not been trialled on older people, and needs to be stored at very low (minus 70 degree Celsius) temperatures. This would create obvious problems in maintaining a “cold chain” throughout the transport, distribution and administering of the vaccine.

By contrast, the elderly and people from ethnic minorities have been included in stage three trials of the Moderna vaccine, which can be stored at normal temperatures. For New Zealand, the problems with the Moderna vaccine are likely to be its availability, and its price. The US government pumped $US2.5 billion into the development of the Moderna vaccine, and has a near monopoly on the initial batches. In August, Moderna indicated its vaccine will cost between $US33 and $US37 per dose, with reductions for large bulk orders. The published price for the Pfizer vaccine is circa $US20 per dose. The Astra Zeneca/Oxford University vaccine which has yet to report its stage three trials will reportedly cost between $3-5 per dose, at least initially.)

Perhaps because of these multiple hurdles – availability, cost per dose, distribution costs etc the New Zealand government announced this morning that it has signed a deal with Janssen Pharmaceuticals (a subsidiary of the Johnson & Johnson giant) for two million doses of its Covid-19 vaccine by July 2021 – subject to its success in clinical trials, and assuming it wins approved on safety and efficacy grounds from our regulatory authorities. We also have a conditional option for three million more doses for delivery during 2022. Presumably, by making this commitment before the stage three clinical results are in, we’ve negotiated a better price on the product. According to a J&J press release a few days ago, Janssen is currently trialling both a single shot and a double shot version of its vaccine.

Footnote: One as yet unresolved aspects of the Covid-19 vaccine has to do with whether people who have been vaccinated will – or will not – retain an ability to carry and transmit the virus. As Bloomberg News suggests, this may come down to a matter of timing:

If everyone in the world is vaccinated, or has developed antibodies through exposure to the disease, there will be no problem. But in the early going, when only some people are protected, they could unwittingly spread the disease to people who are still vulnerable. The vaccinated people might stop wearing masks and social distancing since they aren’t themselves at risk anymore. They could be.

Or then again, maybe not. Vaccinated people may be shedding only the viral debris, and not at communicable levels. Early on therefore, contract tracing of the vaccinated may be necessary, in order to check whether the vaccine has been strong enough to create a sterilising level of immunity among the vaccinated, such that they do not pose a risk to others.

Wonders For The Wealthy
By sheer good luck, New Zealanders live among some of the loveliest landscapes in the world. How we manage our relationship with these natural wonders says quite a lot about us. Earlier this week, Tourism Minister Stuart Nash’s speech to the Tourism Conference offered one possible vision of the shape that this relationship may take in future. According to Nash, “There is no going back to Tourism, circa 2019.” If and when international travel resumes, wealthy tourists are going to be wooed, Nash indicated, while low-spending backpackers and freedom campers are going to be deterred.

The reactions to this proposal have ranged from querying the mechanics of what Mash proposed – would it be practical, how lucrative would it be, and for whom – to its moral implications. Is it OK with everybody that this country is going to be promoted mainly as a playground for the world’s wealthier elites, while young backpackers and budget travellers are actively discouraged from coming here? Do we really want to turn New Zealand into the Monaco of the South Pacific?

Here’s the Nash speech to the Tourism Conference. Briefly, here’s what Nash is advocating:
“The question of who pays. New Zealanders should not be subsidising international visitors to the extent that we have done in the recent past. Some of the costs – such as the impact on infrastructure and the environment – are currently shouldered by taxpayers and ratepayers, when they don’t need to be,” Nash said.

On one level, this is just bog-standard populist politics. Lay the blame for all the social and environmental problems of mass tourism onto a single strand of it – freedom campers and backpackers – while promising ratepayers and taxpayers they’ll pay less of the costs involved in providing our tourism infrastructure. Resentment was to be encouraged. Why should taxpayers and ratepayers be asked to subsidise the tourism experience of foreigners who – allegedly – don’t pay their way?

But hey, hold on. Freedom campers leave behind more than the occasional piles of rubbish and excrement. As many have pointed out, backpackers and freedom campers are also the people who pick out fruit and work in our cafes and hotels for the minimum wage. They may not spend quite as much in high end restaurants as do elite tourists – but chances are, they will be the ones waiting on tables, and washing the dishes. There are many different ways of paying your way.

True enough, backpackers and freedom campers spend relatively little per capita in this country – but the benefits of what they spend are spread more widely. By definition, backpackers spend money all over the country. By contrast, the monetary gains from elite tourism will be captured by the few people who own and run the enclaves in which the wealthy elite tend to gather, to play golf and go heli-skiing on the mountain slopes while having little contact with ordinary New Zealanders. In the process, the nation’s ratepayers and taxpayers may well find themselves subsidising a tourism industry whose rewards (if Nash has his way) will be distributed far less equitably in future.
Mass Tourism

If mass tourism with an unsustainable footprint is the bogey here…. Is Nash proposing to discourage visits by cruise ships – which do a great deal more environmental damage to the planet than the bio-degradable deposits left behind by a few selfish freedom campers. Of course he isn’t. Is Nash also planning to deter package tours, a form of tourism popular among our Asian visitors? Hardly. Yet arguably, cruise ships and package tours degrade the tourism experience for other tourists, both foreign and local. They also put strains onto our inadequate tourism facilities.
Just like the wealthy elite tourists, the cruise ship passengers and package tourists also rarely mix and mingle with the locals in the way that foreign backpackers commonly do, to mutual benefit. Backpackers make New Zealand a more interesting place. Moreover, when they go home, many of those young backpackers who had a good time here go on in later life to be unpaid advocates for New Zealand, as they move into positions of influence in their home countries. It is unfair, and not in our long term interest, to treat them as bludgers.
Yes, there are problems with mass tourism. Can the landscape sustain the traffic, and is the traffic spoiling the experience for everyone ? It is a global concern. Yet regardless, the reality is that many people and communities have made a good living from tourism. In fact, some tourism operators have spent much of 2020 demanding that the government has a responsibility to keep them in business, even in the absence of the international tourists who made their firms viable.

Future options
According to Nash, “It is essential that the full cost of tourism is priced into the visitor experience.” That easier said than done. New Zealand is already known to be a high cost destination. It is expensive to get here. Our food and accommodation is already pricey. Pre-pandemic, travellers were already showing sensitivity to the planetary harms of long distance air travel, and seeking options closer to home. Jack up the price of access to our tourism facilities to the limit, and we will certainly kill off the kind of low to mid-range tourism on which the industry has hitherto depended.

For all these reasons, Nash’s messaging to the tourism conference would have had more integrity if he’d prepped them with the bad news: that if and when the government shifts its emphasis to fostering high end, elite tourism, many tourism operators – and many communities around the country – will have to be looking for other means of making a living. That’s a scarier prospect than the sins of a few messy freedom campers.

Guardians, not owners
Finally, the moral implications of elite tourism are worth considering before we head down that road. Frankly, Nash’s stoking of public resentment of low spending tourists looks mighty like another example of boomer selfishness. In their youth, how many of those resentful taxpayers and ratepayers spent their OE going around Europe, Asia and the Americas in exactly the same thrifty fashion i.e. by spending as little as possible, while revelling in the experience of the wider world, in all its beauty?

With that in mind, there’s something repulsive about promoting a penny pinching, user pays mentality to a heritage that is not ours to own, and monetise to the hilt. We’re not the owners of New Zealand’s natural wonders but the guardians of a heritage that belongs to all humanity. If it helps, maybe we should be thinking of freedom campers and backpackers as the children and grandchildren of the people who gave hospitality to many of us in their homelands, way back when. No doubt, a few of these kids are now proving to be terrible guests. But chances are, many of the Kiwis who used to congregate in Earls Court (and the like) didn’t behave flawlessly at the time over there, either.

The Queens Gambit
Among its many excellent qualities, the Netflix series The Queens Gambit has a terrific ear for the pop music of its early to mid 1960s hey-day. The ironic use of the “You’re The One” oldie by the Vogues for instance, perfectly captures the fish out of water feelings of its chess prodigy heroine. The popular girls at school may have grudgingly invited the freak to their party because of her new found celebrity… Yet to her they’re like creatures from a planet that she has no interest in visiting, even if she could:

Even more impressively the show amusingly/poignantly signals the moment when its heroine discovers her chess playing fallibility by recycling the old Skeeter Davis hit “The End of the World”… With unerring taste it chooses a superior rendition of the song, by Peter Noone of Herman’s Hermits.