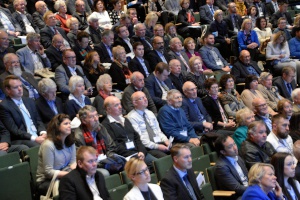 Evidently, a year is not a long time in politics. The National Party for example, has just chosen to end this year much as it began it: riven by factions, leaking like a sieve, saddled with a party leader unlikely to lead them into election 2023, and having just chosen to re-install Peter Goodfellow as party president, despite his reluctance to take any responsibility for the party’s dismal election performance.

In other words, National appears determined not to learn from his past mistakes. Goodfellow got re-elected after he had just delivered a speech in which he decried the current “celebrity” government, and depicted Jacinda Ardern’s rule as “tyrannical.” Yes, when you’ve just lost in a landslide, choose to blame the voters for being superficial, while claiming for good measure that the public couldn’t possibly have voted voluntarily for Labour’s handling of the pandemic.

Mind you, there wasn’t much else on offer at the weekend as a possible cure for National’s current ills. Former PM John Key telling the party’s leakers to leave the party if they couldn’t stop leaking was about as useful as telling an alcoholic to stop drinking. National’s leakers are a symptom of party disunity. They’re party insiders, and can’t be wished away. If the ship is sinking, telling the rats to leave doesn’t really address the wider problem.

Similarly Key’s diagnosis that the party has to stop living in hope (i.e. that Labour will make mistakes and self-destruct) and needs to “get control of the media agenda” left out the hard bit, of how on earth to do so. What bright new policies say, could make the media and the public think National has got its mojo back, and could do a better job? No sign of them. National doesn’t appear to have begun to think about the ways it could make a convincingly better fist of coping with the pandemic, or of managing the economy.

That’s a problem. At heart, National seems to still believe that it has been unjustly deprived of its natural birth-right, and that power will be restored to it once the public comes back to its senses. That thought may console the dwindling faithful, but it won’t do much to attract new converts, or to win back those who have left it for a better option.

Polling indicates there is majority support for a four term of government, supposedly so that the problems facing the country can be better addressed. Really? If a referendum was ever initiated on this subject, the noble purpose being promoted by some politicians– i.e., that we would then do a better job on your behalf – might not survive closer scrutiny.

Hey, if politicians really were wanting to do a better job, there is precious little in the way of them doing so, right now. Among developed countries, New Zealand has arguably the most threadbare constitutional system of them all, with very few checks and balances on the exercise of majority power. No written Constitution, a deliberately weak Bill of Rights, no upper chamber of Parliament, little or no ability for the courts to curb parliamentary excess…. All of that is the reason why we have only three year terms of government, so that we can prevent the politicians from running amok as they did in the mid-1980s. We’re still dealing with the social damage done by that experiment in unbridled power.

Yes, MMP has been a brake on undemocratic action. However, changing the term of government should be viewed as an attempt to partly subvert that safeguard. The interesting thing about this issue at present is that the politicians are offering absolutely nothing in return for what would be a major loss in accountability. If change is to come, it should involve a trade-off, not a gift. The MMP threshold could be lowered to say, 3%. The Bill of Rights could be strengthened. The UN International Convention on Civil and Political Rights could be embraced in its entirety and entrenched…ad so on. Giving MPs an extra year in office (no questions asked) seems an odd way of improving their failure to deliver.

To repeat : if politicians are truly being motivated by altruism, then lets hear what the public stands to receive in return for gifting them with more power, and for weakening one of the few ways we have of holding them accountable.

Failure, as an option

Bob Dylan has turned up on Barack Obama’s latest playlist but in the least imaginative way. Forgive the media cliche of tacking a Dylan quote onto an unrelated situation, but there’s a line about treating failure as a higher form of success that seems relevant to National’s current decision to remain living in denial. So is the mockery with which Dylan delivers this version: