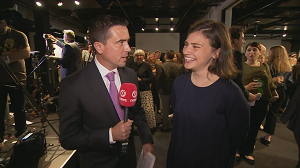 We know she’s a miracle worker, but can Jacinda Ardern really find a cure for capitalism? Tough job. Especially when Ardern is being expected to fix the effects of capitalism – child poverty, unaffordable housing, social inequality – without radically changing the economic structures that keep on generating those outcomes. Unfortunately, Ardern and her Finance Minister Grant Robertson are not by temperament (or by ideology) radical, risk taking politicians. If anything, they’re both risk averse. Ardern’s brilliance has been re-active, in responding to crises that have come her way, not in pro-actively devising or executing big picture changes of her own making.

The electorate however, has presented Labour with a challenge. It expects Ardern and her colleagues to perform big picture change. Just what that would comprise is anyone’s guess. Ardern has already hemmed herself in by ruling out a wealth tax and a capital gains tax. Moreover, Labour’s immediate response to the job losses caused by Covid-19 recession has been to launch large-scale infrastructural projects.

That’s fine as far as it goes. But infrastructure jobs won’t go very far at all to mitigate the known impact of the Covid-19 downturn among female part-time and full-time workers. So far, women have borne the brunt of the job losses in retailing, tourism and hospitality. In almost all cases though, the hands on the shovel in those “shovel ready” projects will be male, not female. So, there’s a delivery problem looming, along gender lines. The gender gap among voters has long shown that it has been female voters who have been at the forefront of rejecting the hard-line economic politics of austerity promoted by the likes of the Act Party and by some elements within National. Labour has to (somehow) keep faith with the women who voted for it, by delivering job programmes (and improved social services) accessible to women.

Ultimately, Labour cannot meet the hopes and expectations that voters have just placed in it by sticking to a safe, business-as-usual approach driven by a perceived need to retain the National voters who have crossed over to Labour. “Don’t rock the boat” isn’t – or shouldn’t be – a viable option. The election outcome has presented a once in a lifetime chance to change the socio-economic landscape, and to address the causes of social harms rather than merely bandage up the visible effects. This would require Ardern to use the prime ministerial pulpit to take the country along with her, in ways that Helen Clark (another risk-averse politician) largely chose not to do.

In the midst of a pandemic and recession none of this is going to be easy. But, to use the old cliché from The Leopard – things will need to change, if only so that things can remain the same.

The Greens, at the crossroads

The Greens membership will need to make up their minds, if only to stop their co-leaders from making the decisions for them. Basically… when the most popular person at school throws a party and says it would of be OK if you showed up, should you go? No one is likely to ask you to dance. That’s one of the problems facing the Greens. Sure, they’re likely to be asked to join Jacinda Ardern’s government because it suits Labour to have them there. But to what end for the Greens themselves? The Greens barely survived this last term in government. Signing up again could well be suicidal, long term. It might have made sense if the voters had delivered a sufficient number of Green MPs to make them essential for Labour to govern. But that didn’t happen. Instead, the Greens are just an optional extra.

That’s a major problem. In the wake of Election 2020, the Greens are guests at this centre-left party, not the co-hosts. And as guests, they won’t have any leverage when it comes to choosing the playlist. It is very easy to see why Labour would not want to govern alone. All of the power means all of the blame. Tactically speaking, job-sharing with the Greens would enable Labour to assign itself the job of reassuring the moderate centre, while contracting out to the Greens some of the more contentious proposals in the areas of the environment and social justice. That’s certainly how Judith Collins would have used the Act Party: fat taxes for the wealthy, and welfare cuts for the needy? They made us do it.

If the Greens choose to be part of this government – and a couple of ministerial posts in exchange for a confidence and supply agreement seems likely to be the extent of it – then this will limit its independence. With good reason, the public would be inclined to see the Greens as fellow travellers, even though the Greens would have no leverage on the government’s direction of travel, or on the pace at which it will proceed. Already, the Greens co-leaders appear to be assuming that they’re likely to be asked by Labour to join the government, and that the advantages of doing so are self-evident. If the Greens’ membership wants to debate that decision, they need to make their voices heard loudly, and soon.

The best argument for the Greens staying outside government and defending its principles was demonstrated in its biggest success on Saturday. Chloe Swarbrick won Auckland Central by running on the track carved out by the Green Party of old – as an outsider against two machine politicians from two virtually indistinguishable parties of the mainstream. She didn’t run as am insider promising incremental change. If the Greens turn their back on the Auckland Central example and settle for relative impotence inside government they will put themselves right back in the MMP danger zone again in 2023. Arguably, the Green Party can (a) better defend their principles, (b) retain their identity and (c) be a more feisty advocate against Labour timidity and Act Party populism alike, from a position outside of the tent.

Footnote One: An added reason for staying outside the government tent has to do with the calibre of the new Greens MPs. Elizabeth Kerekere, Teanau Tuiono, Ricardo Menendez-March and (if the special votes put him across the line) Steve Abel all have very strong ties to grass roots organisations. These include poverty action, the LGBTQI community, Greenpeace and others. These new Greens MPs are activists and organisers, not academics or party apparatchiks.

Being on board with Labour could well endanger those ties, or at least inhibit the capacity for overt action. In the recent past Labour has shown a marked tendency to be gun-shy whenever there is blowback (e.g. from farmers) against what it is proposing to do. The Greens would have no ability to stop it from doing so again. After all, keeping National moderates onside (plus the bank economists and media commentariat) is likely to remain a top priority for Labour.

By avoiding complicity with those deadly compromises, by staying outside and keeping faith with its activist base, the Greens would (arguably) be a more effective vanguard party when it comes to advocating policies in line with its core principles.

Footnote Two. At the very least, the Green Party membership needs the opportunity to debate the inside /outside option, rather than simply rubberstamp what its co-leaders decide to do. In particular, the Greens membership should be asking its co-leaders what it stands to gain from any formal relationship with Labour given (a) its limited leverage on government decision making, and (b) the lack of a formal, written coalition agreement specifying Labour’s policy commitments in the areas that the Greens hold dear.