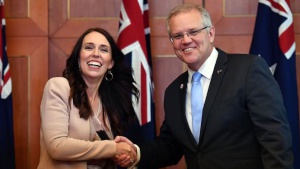 On September 25, the government’s Covid-19 rent freeze will expire. A fortnight ago, the Commerce Commission (in response to a complaint) sent out a letter warning landlords not to continue trying to reach a a consensus on social media as to what a collective rent rise might look like. This, the Commission warned, could be seen as price fixing.

No one knows how sharply rents will rise after September 25. Yet on the eve of the election a lot of the components of the Covid-19 safety net – the rent freeze, the wage subsidy scheme, the Winter Energy payments, the Covid-related boost to welfare benefits etc are all set to disappear at around the same time. Tenants are likely to turn to the government for protection since – without the wage subsidy scheme or the enhanced Covid benefit payment – the ability to service current rents, let alone the pent up pressure for a substantive recent increase, will cause serious hardship. The rent strike movement will gain momentum, and the threat of evictions will put heat on a supposedly centre-left government to intervene. Ex[ect a lot of political hand-wringing, amid urgings to be kind and reasonable.

Across the Tasman, many of the special Covid-related support measures are also being wound back. The details are available here.

However, Michael Fletcher’s midyear article in the Spinoff is still relevant in that the conservative Morrison government did do more to support beneficiary income than our own allegedly kind and caring coalition government did here. Yet in both countries, the expiry of the special support schemes is exposing the cruel inadequacy of the basic benefit levels. (Some of Australia’s special supports for the jobless are set to expire on the very same day – September 25 – as our rent freeze.) After decades of erosion, the welfare safety net is no longer fit for purpose here, or over there.

We knew this already because last year’s Welfare Expert Advisory Group report told us in detail about how inadequate our current benefit levels are. Last week, research by professor Peter Whiteford at the Australian National University in Canberra brought that inadequacy into sharp international focus.

A low-paid Australian worker laid off during the pandemic will receive the third lowest unemployment benefit in the OECD when the coronavirus supplement is reduced, according to expert analysis. Despite mass unemployment and an extended stage-four lockdown in Melbourne, the federal government plans to push ahead with a $300 cut to the supplement on 25 September, reducing the base rate of benefits to about $A815 a fortnight. ANU social security expert Prof Peter Whiteford said that by one key measure Australia’s jobseeker payment and commonwealth rent assistance would drop below all OECD nations except Greece and New Zealand.

Right. So by Whiteford’s reckoning our support levels for the jobless and for rent assistance are rock bottom in the OECD below that of Australia, and somewhere alongside impoverished Greece. Seen in that light, PM Jacinda Ardern’s calls for us to be “ kind” to each other ring somewhat hollow. They feel like a 19th century reliance on charity to make up for the failure of government to care for the vulnerable.

Footnote: The government continues to deliberately avert its ( and our) gaze from the inadequacy of core benefit levels. Last week, Labour announced that it will restore the Training Incentive Allowance (TIA) of up to $4,500 a year in study-related costs for those on benefits. The TIA had been scrapped by the previous National government. Restoring the study allowance is a sensible, welcome move, and it should have happened sooner.

After all….since the late 1980s, the TIA had been a crucial stepping stone for sole parents to retrain, get off welfare and find new careers. National’s Paula Bennett used the TIA to earn herself a social work degree while on the DPB in the 1980s, but this didn’t stop her (once she became Social Development Minister) from kicking the ladder away for other women. Just a small reminder that despite Labour’s failings with regard to socio-economic policies that affect women, the National Party (from Ruth Richardson to Bennett) has a track recxoprd of being significantly more vile.

In another diversion from the issue of raising core benefit levels, Labour will also be lifting the ceiling of extra income that’s able to be earned by beneficiaries before their benefit begins to abate. Currently, that ceiling is set at a paltry $90. In future, the extra amount will rise to $160 a week, before the benefit starts to erode. Again that’s a welcome move, but one taken while Labour continues to ignore the bigger problem.

Footnote Three: To some extent, the winding down of the special Covid-19 support measures reflects how far the political centre has shifted to the right over the past few decades. Thanks to the neo-liberal ideologues in both major parties, New Zealand has been turned into a low wage economy where the “ incentive “ to work requires that the living standards of the beneficiary poor must be maintained at an even lower level of subsistence than that of the waged poor. As if in a major recession, anyone needs the spur of poverty as an added “incentive” to seek paid work.

Evidently, perpetuating that gap between the waged poor and the unwaged poor remains a priority for even this supposedly centre-left government. (There’s a reason why it is called the “Labour” party, and the label has had a lot to do with treating beneficiaries as a threat to wages and conditions.) Well, a lot of people who had jobs six months ago are now facing subsistence on benefits. In that respect, the temporary Covid-related income supports were meant to provide for only a brief period of adjustment. They offered a sharp learning curve on how to be poor.

Without the temporary cushion, there would also have been some serious political fallout from dropping tens of thousands of people off an income cliff. Well, those thousands of people are now arriving en masse at the bottom of said cliff. Labour is standing on the heights above, and wishing them the best of luck. Kindness is cheap.

September 12 marked the 17th anniversary of the death of Johnny Cash, and – unfortunately- RNZ marked the occasion by playing his hit version of “ Ring of Fire.” Almost everybody’s version of that song is superior. Cash bless him, sounds positively un-inflammable, and who ever came up with that mariachi arrangement should have been taken out and shot. Here’s Anita Carter with the 1961 original, and it hits some of the right notes of haunted vulnerability:

And here’s Cash being typically laconic, from a time when political divisions in America could still be taken as a joke. Great lyrics by Cowboy Jack Clement who managed to rhyme “musical virtuosity” with “political animosity…” Clement also wrote Cash’s Sun label highlights like “Ballad of A Teenage Queen” and “Guess Things Happen That Way” and uh oh, I just remembered that he also produced Cash’s version of “Ring of Fire.” So the blame for that hideous mariachi arrangement really should be laid at Cowboy Jack’s door…