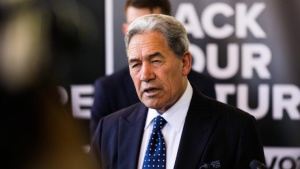 On one level, New Zealand First has been the agent of its own misfortune. The
New Zealand First Foundation handling the donations at the centre of the Serious Fraud Office investigation was reportedly (a) authorized by the NZF party’s board and (b)the money was apparently used to finance the party’s activities. Yet the disclosure trail remained opaque. According to its critics, NZF can’t have it both ways : it can’t claim that the foundation and the party were entirely separate legal entities, and then go to court to try and block the SFO from releasing its findings because of the likely impact on the party’s electoral fortunes.

Hmm. That criticism doesn’t really stack up. Surely the innocent-until-proven-guilty can still take steps to mitigate the reputational harm arising from an allegation, especially when that allegation is being leveled at a time likely to inflict major damage. It was only during the course of the court action mounted by NZF that the SFO agreed to include in its findings a passage exonerating sitting NZF MPs, party members and staff of any wrongdoing.

As for the criminal charges laid of “obtaining by deception” the SFO can’t have it both ways, either. When this case finally comes to court sometime in 2021 or beyond, the more closely the SFO demonstrates that the New Zealand Foundation and the New Zealand First political party are entwined, the less compelling the “deception” being alleged would appear to be. Who exactly was being “deceived” here?

Reportedly, the donors included some of the richest people in New Zealand. One doubts that such people would be thunderstruck to learn that the money they had donated was used to further the interests of the New Zealand First political party. Just a hunch : but my guess would be that the donors would have regarded this money-go-round as a necessary (and arguably legal) way of not being constrained by the stated limits on political donations. Such donors hire tax lawyers to find similarly inventive (legal) ways of managing their personal and business finances. In sum, the alleged offenses look more like violations of the Electoral Act than the Crimes Act. But that’s an argument for another day.

It is being argued that the SFO needed to announce its findings at this time, so that voters would be able to cast a fully informed choice once early voting begins on Saturday, and well before election day on October 17. This isn’t an entirely compelling argument. Now, there is always a chance that the SFO staff finished up their work and laid down their fountain pens only last week. In which case, this would still have been after the original September 19 election date. The charges were not filed until September 23. So it seems only fortuitous that voters are now being informed beforehand, thanks to the election delay.

Otherwise, the timing of the SFO’s release of its findings – landing just as the election campaign heads into the final stretch – seems extraordinary. It is difficult to imagine that the SFO would make a similar call with respect to either of the two major parties, at a similarly crucial tipping point in the election campaign.

It is not as if the SFO is contributing to an ongoing discussion about the adequacy of our laws on political donations. During this election campaign there had been no discussion whatsoever of how fit-for-purpose our current rules on political donations may be. The issue did not surface until now – despite a former National MP and three former National Party donors facing criminal charges next year. An SFO investigation into Labour Party donations and into the donations to mayoral campaigns in Auckland and Christchurch are also under way. None of this rated a mention in the first leaders debate. Ensuring that the voters are fully informed on such important matters seems to be a pretty random and highly selective process.

In sum, the media, political leaders and the general public are not currently engaged in a wide-ranging debate about the flawed nature of the laws governing political donations. We’re talking only about how these rules may or may not have been manipulated by New Zealand First. No wonder NZF leader Winston Peters feels aggrieved. He has likened the situation to FBI director James Comey’s intrusion into the 2016 US election campaign, when Comey announced a renewed FBI investigation into the email activities of Hillary Clinton.

As with Peters, the Comey intrusion mainly served to inflame pre-existing negative perceptions of Clinton, over activities that were common practice across the political spectrum. (So much so that even after the Clinton affair, using private emails for official business has been routine behaviour by at least eight senior members of the Trump administration, without any repercussions. ).

If in fact, we seriously wish to fix up our inadequate rules on the packaging of political donations, the problem is obvious. The ceiling of $15,000 per donation before public disclosure becomes mandatory has been set too high. It practically invites parties and their donors to split up even bigger donations into multiple smaller packages that can safely (and legally) sail in under the radar.

Currently, the only game in town that’s attempting to address this situation would appear to be the Strengthening Democracy Bill being put forward by Greens MP Golriz Gharahman. Her Bill’s measures include (a) a full ban on overseas donations (b) disclosure requirements for all donations over $1,000 to a candidate or a party and (c) a prohibition on one person donating over $35,000 a year to a party or a candidate. As Gharahman says:

“Given that three major parties have had recent investigations into political donations, we have learnt that our system is not transparent enough and as a result, New Zealanders are turning away from politics. No one should be wondering who is making big donations to political parties – and we need system change to fix that.”

Unfortunately, systemic change isn’t on the cards. Instead, the debate continues to focus exclusively on what those close to New Zealand First did, or didn’t, do.

Readers of the Good Book – I’m referring of course to the book Dirty Politics by Nicky Hager – probably conclude that Judith Collins has rather more reason to fear meeting her Maker than would the aforesaid author. Sadly for her, repentance is required before divine forgiveness can be extended for any sins to do with Oravida, and/or Whale Oil. Collins’ Old Testament judgment on Hager makes sense only as virtue signalling to religious right voters –ie, that she’s one of them – rather than as any meaningful verdict on Hager and his works. (He may be called Nicky but he’s not Old Nick.)

Besides, Hager and his colleague Jon Stephenson have just been praised by the Operation Burnham inquiry for performing a valuable public service with their book Hit&Run. Will Collins be able to alert the Almighty to any comparable act of public virtue on her part ?

Unlike George Washington, Donald Trump seems incapable of telling the truth. The fact checking deficit is going to be a problem for viewers of this afternoon’s televised debate between Trump and Democratic presidential candidate Joe Biden :

Biden, in fact, said last month, “I’m gonna be a fact-checker on the floor while I’m debating him.” If that indeed represents Biden’s debate strategy, it would be a task worthy of Sisyphus. CNN’s Daniel Dale, who obsessively tracks the president’s false claims, documented 25 misstatements during a recent Trump rally in Milwaukee. And in July, the Washington Post announced that, according to its calculations, Trump had made more than 20,000 “false and misleading claims“ since he took office.

In 120 seconds, even a candidate with the speaking style of an old-time tobacco auctioneer could not both answer the moderator’s question and offer a detailed critique of the factual errors in his opponent’s prior response.

More worryingly, the people putting on the debate don’t seem to regard fact-checking as being part of their job, either:

The Commission on Presidential Debates does not regard fact-checking as part of its mandate. Frank Fahrenkopf, a co-chair of the commission, said recently, “There are a lot of fact-checkers, and the minute the debate is over, you can go on any network, you can pick up your paper the next morning, and they’re all going to be there. It’s not our job to be the fact-checker. It’s our job to put on the debate.” This approach makes fact-checkers the political equivalent of street cleaners, sweeping up the debris after a debate.

Good luck then, this afternoon. Trump has debased political debate (and divided Americans against each other) to the point when even this week’s NYT revelations about his tax returns and debt liabilities are being dismissed by Trump as partisan politicking. He will allow facts to exist only insofar as they serve to advance his own personal interests.

At the foot of a column last week, I included a clip of Tyler Childers’ remarkable protest song “Long Violent History…” Basically, the song uses old school Appalachian fiddle music to appeal across racial lines – by asking the white rural majority to understand and to even empathise with why the Black Lives Matter movement exists. Well, Childers has now filmed a brief clip explaining his motivation for writing the song, and for making it the centrepiece ( and only vocal track) on the album on which it appears. In itself, it’s a fascinating statement:

And here in case you missed it before, is the song in question: