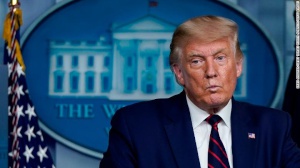 How likely is it that the world will wake up on November 4th facing the prospect of another four years of Donald Trump? Short answer: not likely, but not impossible. For months now, Joe Biden has been leading in the polls, and he currently enjoys a 7.2 % lead nationwide.

Fine. But the longer answer is that the US Presidency is not decided by who wins a majority of the popular vote, nationwide. As at mid 2020, only 15 states and the District of Columbia have agreed to a compact that the popular vote should decide the presidential outcome. Together, they account for only 196 of the 538 Electoral College votes. A majority of 270 votes would be necessary to give legal force to the compact, which means that the popular vote movement is still only 72.6% of the way to their goal.

So we have to factor in that (a) the Electoral College is significantly weighted in favour of the rural areas where the Republican Party is dominant and that (b) the current gap between Biden and Trump will probably tighten between now and November 3. Among the intangibles : if the economy improves, if Trump outperforms Biden in the presidential debates, and if a Covid-19 vaccine gets announced before Election Day, however prematurely.

But there are reasons for the Trump camp to feel pretty worried. On the polling evidence, Trump received only a barely discernible 1% “bump:” overall in support in the wake of the Republican convention. However, the bias in the Electoral College does provide Trump with a cushion against the national trends. On his 538 website a few days ago, polling guru Nate Silver offered the following rough rule of thumb. According to 538’s modelling, if Biden has only a nought to one point lead in the nationwide polls, he would have only a 6% chance of winning the Presidency. If Biden’s lead is 1-2 points, the probability of victory rises to 22%. At a 2 to 3 points lead, a Biden win is still less than half likely, at only a 46% level of probability.

It is only when Biden’s nationwide lead stretches out to 3-4 points that a Biden victory starts to look more promising at 74%. Ar a 4-5 point lead there is an 89% likelihood of Biden becoming President, and at at a 5-6 point national lead that outcome becomes 98% probable. To put all that another way: even if Biden retains a 4-5 point lead nationwide throughout, Trump would still (statistically) have a one in ten chance of winning a second term in the White House. There are (increasingly improbable) roads through the swing states that could still deliver him victory.

Obviously this election will be deeply affected by an expected huge rise in postal voting that Trump has been doing his best to undermine and to invalidate. (Last week, he was telling his supporters in North Carolina to vote twice – first by mail, and then in person “ to make sure it counted/” Voting twice is a felony under North Carolina law.

Meanwhile In Trumpland…last week ended with him describing America’s WW1 dead and Vietnam War veterans as “suckers” and “losers” while calling for wounded servicemen and women to be banned from appearing at a US military parade.

[Fox News reporter Jennifer] Griffin said she confirmed Trump didn’t think highly of those who served in the Vietnam War. “When the President spoke about the Vietnam War, he said, ‘It was a stupid war. Anyone who went was a sucker’,” her source said. The source added that Trump was confused about why anyone would join the service: “What’s in it for them? They don’t make any money.” She also claims the president said that the inclusion of “wounded guys” in a military parade was “not a good look” because “Americans don’t like that.”

No President before him has expressed such deep contempt for the very idea of national service, and patriotic sacrifice. Yet Trump is still only 7.2 percentage points behind Biden, nationally. On his handling of the economy, the nation is actually equally divided, with the latest polling showing 47% approval and 48% disapproval. By and large, as Nate Silver says, Trump seems to have successfully sold the line that the US economy was doing just great under his stewardship, until the pandemic came along.

Winning the White House is only one part of Biden’s mission. To be able to govern in any meaningful fashion, he also has to contend with a conservative Supreme Court likely to uphold a legal challenge to any significant legislative programme Biden tries to enact. At best the likely retirements from the Supreme Court over the next four years will enable Biden merely to maintain the status quo. He will probably not be able to overturn the conservative majority.

The Democrats already control the lower House. The Senate is the prize that Biden must win to avoid being stalemated by a Republican majority, much as Barack Obama was from 2010 onwards. On paper, the Democrats need to win only three seats to gain control of the Senate. In reality, they will almost certainly lose the freakish gain they made in Alabama when Democrat Doug Jones beat an unusually awful Republican opponent in a state that Donald Trump had won by 28 points in 2016.

So the net target probably has to be four seats if Biden wins the White House, and five if he doesn’t – to cancel out the vice-President’s tie-breaking vote. The first two victories seem relatively easy enough, according to CNN:

In Arizona and Colorado, [Republican] Sens. Martha McSally and Cory Gardner, respectively, have been trailing their Democratic opponents for months. And Trump is actively hurting both of them at the top of the ticket.

From then on, it gets harder, but is still achievable with these being the contests most likely to flip if Trump continues to flounder:

Sen. Thom Tillis (R) of North Carolina has failed to define himself as much other than a reliable Trump vote in his first term and most polling suggests that former state Sen. Cal Cunningham (D) is ahead. In Maine, Sen. Susan Collins’ (R) vote to confirm Brett Kavanaugh to the Supreme Court has stripped off the nonpartisan veneer that was the key to her having held the seat since 1996. It also doesn’t help Collins that former state House Speaker Sara Gideon (D) is the strongest challenger she’s faced in her Senate career.

Bingo, that’s the four seats they need. Even if Biden and Jones did both lose, Trump could still (possibly)face a check on his powers if the Democrats managed to flip one more Senate seat. Unlikely, yet not impossible. In Iowa, Georgia and Montana, Democratic challengers to GOP incumbents are reportedly within a few points of taking those seats. Such outcomes would seem unlikely however in the context of a Trump resurgence that was sufficient for him to retain the White House.

Footnote One: As widely noted, Trump routinely campaigns by using the tactics of division. There was the imaginary threat posed by the caravan of Central American refugees during the mid-term elections in 2018. Currently, Trump is demonising civil rights protesters against police brutality as radicals, anarchists and looters. This law and order messaging is much the same tactic used successfully by Richard Nixon to attract white voters in 1968, in the wake of the civil rights protests and rioting after Martin Luther King was murdered.

Yet as former Nate Silver poll analyst Harry Enten has observed, there is no current evidence that Trump’s racist messages are taking hold. His support among white voters has held steady at around 3 points over Biden, before and after the Republican convention. This racial dimension to Trump’s current (historically low) levels of support among white voters is fascinating:

Trump won White voters by 13 points in the final pre-election polls in 2016. Mitt Romney won them by double-digits in 2012. In fact, you have to go all the way back to 1996 for a Republican to have done as poorly among white voters as Trump is right now. That’s the opposite of what you would expect if Trump’s law and order campaign was successful at stoking White backlash.

As Enten concludes, although the law and order messaging isn’t hurting Trump, it doesn’t (yet) seem to be helping him much, either.

Footnote Two: In case anyone is still hazy about the Electoral College…its original aim was to ensure the interests of rural America were not dominated by big city elites. The College also seemed the only available alternative at the time. Otherwise, Congress would be choosing the President in the wake of an election, which seemed to the Founding Fathers to be contrary to the doctrines about the separation of powers. Each arm of government had to be kept independent, which meant that some mechanism independent of the legislative arm needed to be created. Thus, the US saddled itself with the Electoral College.

The Electoral College is comprised of “electors” allocated to each state on the basis of population.(California has 55, Texas has 36, New York and Florida have 29 each etc) although states with very small populations ( eg Wyoming, North Dakota) still get allocated three electors each regardless. Depending on the vote tallies for President in each state, these “ electors” are awarded on a ‘winner take all’ basis in 48 states and in the District of Columbia, with the exceptions (Maine and Nebraska) both awarding their electors on the basis of the vote tallies recorded in local congressional districts.

A few months ago, the US Supreme Court upheld the right of states to punish with fines any “ faithless” electors who do not cast their votes for President in line with the way the majority of voters in their state have signalled that they should. In the context of a close outcome to the Biden vs Trump contest, there have been concerns expressed that a bunch of ‘faithless electors’ could still vote for Trump, regardless. Overall, there are 538 electors, so a majority of 270 is needed to win the White House.

Footnote Three : This election is being held in the midst of a pandemic. Democrats (in particular) are expected to rely heavily on postal voting. The worry is that the election night tally could well be reversed by the subsequent counting of the mail ballots. Such a reversal would fuel Trump’s claims that the Democrats and the Deep State have “stolen” the election, with the complicity of the fake media.

If Trump refuses to leave the White House after an election loss, it would be crucial to the survival of American democracy that any subsequent removal of Trump and/or any putting down of a militia-led rebellion should be carried out only at the order of the President-elect, rather than by the armed forces acting unilaterally. Retaining civilian control of the armed forces is a vital safeguard. Anything less would amount to a military coup.