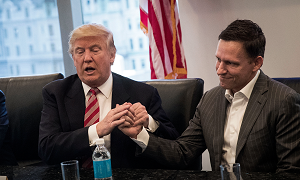 According to Business NZ, over 97^ of New Zealand firms employ only 20 or fewer staff. One of the political myths about such firms is that they’re forever groaning under the yoke of excessive regulation, with the dead weight of compliance all but snuffing out the spirit of enterprise. A myth, right? And not only because New Zealand is regularly rated as the easiest place in the world to do business. In Australia, there any number of compliance requirements – from payroll taxes to GST exemptions – not faced by business here.

Regardless, the myth got another outing yesterday, after Labour unveiled the latest phase of its small business support programme. The key elements included:

Promotion of digital commerce like e-invoicing and other innovative processes

All year, Labour has been encroaching on territory that National likes to think of as its home turf. Yesterday, National Party leader Judith Collins tried to depict the package as a ‘figleaf’ meant to disguise the alleged compliance burdens that Labour imposes on small business. As mentioned, what the centre-left asks of small business here by way of compliance is actually less than what conservative governments demand across the Tasman. The ‘figleaf” criticism dated Collins, indicating once again that she is past her prime.

After all…in the shadow of the epidemic, Labour is offering small business concrete relief in the shape of bridging loans and prolonged interest free holidays. It is also indicating that a Labour-led government would be trying to win small retail and hospitality outlets some relief from the extortionate fees being levied on them by the banks, with regard to Paywave transactions.

Any way you look at it, those ideas appear more relevant to today’s problems than Collins banging on about minimum wage hikes and 90 day trials. Labour could be onto a winner here -not only with small firms but with the wider public – if it can how the Aussie banks have been using the pandemic to penalise small firms in particular. Most New Zealanders who prefer contact-free payments in the age of Covid-19 do not intend to further enrich the banks by doing so, while simultaneously penalising the shops and cafes they are frequenting. But here’s the evidence :

How can the banks get away with this here? Because it is seen to be just too politically dangerous to take them on. (There’s a reason why many of our former politicians spend their autumn years working for banks.) More than that though…. our political discourse is still shaped by what are (elsewhere seem to be) thoroughly discredited neo-liberal forms of rhetoric.

The Act Party’s David Seymour for instance, evidently hasn’t yet taken on board that it was banking de-regulation that caused the Global Financial Crisis of 2008. No surprise then that he also hasn’t come to terms with the challenges posed by the pandemic. So help us, Seymour and his young fogeys are still preaching the antiquated doctrines of austerity that the rest of the world abandoned over a decade ago, because they did more social harm than good.

For the record: governments that borrow during a pandemic aren’t committing a form of “ child abuse” as Seymour was ludicrously claiming this morning. They’re acting responsibly by keeping the economy afloat and keeping public services like the health system functioning during a global crisis, so that the harm to society ( and to intermediate schoolkids) from Covid-19 will be less than it would have been otherwise. Also, the current levels of government borrowing(at a time when interest rates are likely to remain low for much of the coming decade) will be paid back by future economic growth. The Act Party really should show a little more faith in our busines sector.

Peter Thiel, where are you?

Talking of neo-liberal crackpots, what has our fellow Kiwi and Silicon Valley zillionaire Peter Thiel been doing for us lately ? Not much, not ever. (Letting Thiel buy New Zealand citizenship was a classic example of the centre-right’s greed and naivete.) Up, up and away on the 62nd floor of his Park Avenue penthouse in Manhattan, Thiel seems to have forgotten us. Reportedly his Wanaka property – the main reason he bought his way into this country – is looking run-down and neglected.

Meanwhile, Thiel’s firm Palantir has continued to market its expertise in using big data to enhance the state’s surveillance activities. (How he squares that lucrative surveillance business with being a libertarian, God only knows.) Palantir has links to spy services in the 5 Eyes security network – which may explain why National was so keen to sell Thiel his New Zealand citizenship. Earlier this year, Palantir offered to crunch some of our Covid-19 related health data .

By 20 April,Palantir was emailing to say it had to set up platforms to track Covid-19 and help combat it in 15 countries, including hard-hit Italy. “We could establish similar capability here in New Zealand within a matter of days,” the company said. Overseas media have reported that the UK government gave Palantir access to sensitive patient data. (Health data is highly valued and sought after by tech firms.) The Ardern government declined Palantir’s kind offer. As Business Insider reported earlier this year, Palantir is now likely to become profitable for the first time in its 16 year history and will (perhaps) soon be listing publicly:

Much of Palantir’s work comes from working with government organizations. For example, it is reportedly providing the US Centers for Disease Control and Prevention and other health organizations with software to help it monitor the coronavirus pandemic.

It has also come under fire from activists and within the company for its work with Immigration and Customs Enforcement. Business Insider also previously reported that Palantir took on Project Maven, a controversial project that Google previously worked on with the Department of Defense to use artificial intelligence to analyze aerial drone footage.

Obviously, Thiel is a top notch, high quality totalitarian – if you’re into maximising the state’s surveillance powers and the use of personal health data for private enrichment, then he’s your man. But wait, there’s more. The year 2020 marks a significant centenary for Thiel. In an infamous Cato Institute essay, Thiel cited the year 1920 as being when the free world began to go to hell in a handbasket, what with the rise of welfarism and women getting the vote :

Since 1920, the vast increase in welfare beneficiaries and the extension of the franchise to women — two constituencies that are notoriously tough for libertarians — have rendered the notion of “capitalist democracy” into an oxymoron.\

Thiel expressed those bizarre views in 2009, well before National sold him his New Zealand citizenship. The jail doors may have just shut behind the Christchurch mosque shooter for good. In that context, it is worth noting that Thiel poured $850,000 this year into the campaign of the Islamophobic US politician Kris Kobach, notorious for his anti-immigrant views and for his links to white nationalism. Kobach was seen to be so extreme that the Republican Party reportedly financed a blizzard of attack ads against Kobach’s attempt to become the Republican candidate u Kansas for a Senate seat. Apparently fthe GOP was afraid that Thiel’s grotesque protégé would be likely to lose to a Democratic moderate in the November election.

In the recent past, Thiel has also pouree money into the campaign coffers of the Arkansas senator Tom Cotton, a supporter of the use of torture by US interrogators. A few months ago, Cotton described the protests against the killing of George Floyd as ‘domestic terrorism’ and urged the use of US military forced against them. Cotton has also claimed that the Chinese deliberately created the pandemic and sent the coronavirus around the globe to destroy the US economy and way of life. Oh, for much the same reasons he’s also against Chinese students being able to study science abroad:

Cotton’s rampage continued this week, when he proposed a law to bar Chinese students from obtaining visas to study science in America. “If Chinese students want to come here and study Shakespeare and the Federalist Papers, that’s what they need to learn from America,” Cotton said Sunday, apparently forgetting that Stratford-upon-Avon is not in the United States. “They don’t need to learn quantum computing and artificial intelligence from America.”

Finally, Thiel remains a director of Facebook which has resisted significant curbs on the kind of Islamophobic, anti-democratic and misogynist content targeted by the Christchurch Call. Having milked his support for Donald Trump for Palantir contracts, Thiel is now reportedly backing away from Trump supposedly because Thiel thinks that Trump is likely to lose in November. While Thiel was the first openly gay person ever invited to address a Republican political convention (in 2016) he did not speak at the recent Republican convention.

Thiel played New Zealand like a violin. Naïve, impressionable senior members of the National Party sold out our citizenship for the imaginary economic gains they expected to receive from this truly appalling human being. Do we really want to entrust the running of New Zealand to this same team of starstruck incompetents?

The postponement of Big Thief’s gigs in New Zealand in May (until next year) was a blow, given the brilliant track record that Adrienne Lenker and her band have built up over the past five years. Lenker’s solo work (notably on her Abysskiss debut album ) only accentuates the emotional transparency and mental toughness of the Big Thief records. This new Lenker solo track “ Anything” sounds like someone who has shed the protective layers of her skin. Yet the lyrics are bluntly direct and finely observed as ever The terse details here, and the urgency behind them is quite beautiful:

Grocery store list, now you get this
Brunch, had calls and messages
I don’t want to be the owner of your fantasy
I just want to be a part of your family

Now she indicates, we want to stop talking and sink into the security

we feel able to trust: