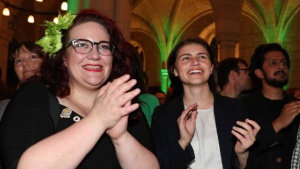 The microdoses of policy that get released on the campaign trail are not meant to be ego-shattering psychedelic events that transform our concepts of political reality. They’re meant to merely tickle the pleasure and pain lobes. Thus it was with the Labour tax policy announcement a few days ago. Soak the rich, but only the top two per cent and then only just a little bit. Relax, the wealthy are not going to be carted off in tumbrils anytime soon. However, if you are earning over $180 000 a year then first of all –congratulations! But yes Labour does aim on bringing back the old 39 cents in the dollar top tax rate that it introduced back in 1999 and which as far as I can recall, did not destroy capitalism as we know it. Business boomed in fact, regardless.

Labour’s tweaking of the top tax rate was only…tweaking if you were expecting a sudden all out assault on social inequality six weeks out from an election. In all probability the tax announcement was meant to be no more than a minor hit on the electoral pipe – a reminder that oh yeah, Labour is supposed to be against special inequality, right, right. If it gets lucky, Labour might be able to trap National into coming out in defense of the top two cent. At this point, such policy minidots are meant to confirm perceptions, not to change them.

Sure, it would be nice to think that the electorate is spending its time these days with its chin cupped pensively between thumb and forefinger, weighing the various party policies, costings and forecasts before reaching a rational conclusion sometime before October 17. Maybe a few enlightened citizens do behave that way. The rest of us though, know our voting intentions and the campaign sales pitches are pretty unlikely to sway them. Usually, all that varies is our level of enthusiasm for doing one’s democratic duty on election day.

The politicians know this full well. They’re aware that campaigning is mainly about confirming the existing array of voter prejudices. There are buttons to be pushed, again and again. Those buttons include: borrowing is risky, cuts to public services are bad, and raising taxes is unthinkable. One can therefore feel some sympathy for a naturally risk-averse politician like Finance Minister Grant Robertson. If borrowing is perilous, and raising taxes is evil and the tax revenues from GST and corporate taxation are dropping thanks to the pandemic…then how on earth is he supposed to fund the quality education, the good public hospitals and the improved mental health services that we also regard as being our birthright?

Unfortunately, the campaign rhetoric for Election 2020 has barely acknowledged the existence of those sort of contradictions. Voting is more of an atavistic process than a rational one. Sure, we can all agree that it is undesirable and unfair to burden future generations with the cost of repaying today’s government borrowing. A shame, indeed. But so far, not very many voters seem willing to prevent that outcome by volunteering to pay higher taxes in the here and now. If the extent of our current borrowing is irresponsible – and by global comparisons, it isn’t – then what would be the result if we didn’t borrow? What are the virtuous alternatives the government should be pursuing instead, at present? Perhaps David Seymour could be asked to explain what the opportunity costs of not borrowing would be, in the current circumstances?

A few months ago, former PM Jim Bolger suggested that at some point, New Zealand is going to need to have a rational debate about what levels of taxation we are willing to pay for the public services that we desire and demand. Bolger is right. For now though, it seems more comforting to behave as if a pain-free economic recovery from the pandemic is not only possible, but is a rational thing for voters to expect from government. It really isn’t.

The tax episode provided a fairly good example of the clashing impulses in play. Simultaneously, Robertson has been damned for doing too little about tax reform, while being suspected darkly of planning to do too much. To Labour’s centre-right critics, the episode has exposed the coalition government as being a bunch of classic ‘tax and spend’ liberals. Yet contrarily, Labour has also been chided once again for not passing a meaningful capital gains tax when it had the chance to do so. To tax or not to tax, that is not the question.

The Greens meanwhile, are pushing for a substantial 1% Wealth Tax on millionaires, an idea that Labour is currently keeping at arms’ length. On recent polling, the Greens may need Chloe Swarbrick to win Auckland Central to be still around to argue the case. Again, this looks like campaign trail politicking. Until election day at least, Labour is agreeing to let the Wealth Tax be contracted out to the Greens and – by so doing – Labour can still have the option of embracing the idea post-election, and portraying it as the price of getting a coalition deal on the rails.

Belatedly – via measures like the Wealth Tax – the Greens are seeking to present themselves as the youthful party of principle that their core supporters want to them to be, and not look so much like the adult party of reluctant compromise that they’ve been for much of this term of government. The Greens problems didn’t begin with that eco-Jedi academy in New Plymouth. That episode merely crystallised three years of internal disquiet with co-leader James Shaw. Since campaigns don’t change perceptions but merely confirm them, the Greens current attempts at rebirth may be too little, and could be too late.

Footnote : Covid-19 pressures have pushed New Zealand’s government debt up to 55% of GDP. That is still below the borrowing levels that Germany, the United Kingdom, the US, Sweden and Belgium had before the pandemic struck. When it comes to government borrowing, foreigners must be wondering what we’re all going on about.

If – perish the thought – Barack Obama does not compile all by himself the playlists he occasionally makes public then…. all praise to the committee that helps him out. For a committee, it really does have great, democratically inclusive taste. (Mac Miller, Haim, J Balvin, Otis Redding, War, Princess Nokia, Moses Sumney!) Included on the most recent 53 song Obama playlist was this track by the young Brit/Nigerian rapper Little Simz

And here she is again, with the same escalating mix of dread and defiance that she’s been so adept at conveying ever since she broke through with that “Venom” cut a couple of years ago. Looking like a bulletproof vest? Always seems that way.