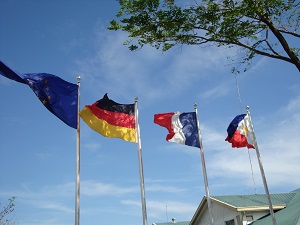 Tourism and international education have been two of the sectors hardest hit by the pandemic. They’re both key export industries. Yet the government response to them has been strikingly different. Tourism got a $400 million boost in this year’s Budget, and another $20.1 million package targeted at boosting regional tourism.

For some reason though, the plight of international education has received nothing like the same attention and support. There has been nothing beyond a few words of ministerial condolence and a $51.6 million package (details below) to get the sector through the pandemic. This has had to be spread thinly across the entire industry, from schools to private teaching establishments and language schools. The package was unveiled in late July with what amounted to a warning from Education Minister Chris Hipkins not to expect fresh activity for the rest of 2020.

In effect, Hipkins was telling the sector to subsist as best it could manage, until sometime next year:

That’s not the approach being taken by our rivals in the global market for foreign students. Australia and Canada are both working to September 2020 deadline, on ways to kick their international education sectors back into life. Last weekend, Australia announced that 300 foreign students would be allowed into South Australia in September, in a pilot programme meant to test Australia’s ability to handle a larger influx of foreign students during 2021. Universities – not the students themselves or the federal government – will be paying the quarantine costs involved for the students in the pilot programme:

Federal Trade Minister Simon Birmingham on Sunday said the pilot program of approximately 300 students would be used to test whether a return of international students nationally could be managed. The students from South East Asia will fly from Singapore to Australia in early September and be forced to undergo a mandatory supervised quarantine, like all international travellers, on arrival. Universities have agreed to pay for the hotel

Reportedly, Canada is also tentatively working towards a September 2020 partial resumption of its foreign student intake: Canada’s federal government is said to be “considering” letting international students return to the country by September, so long as they can be safely accommodated. That’s according to a leaked letter sent from the regional government to educational providers in Ontario :

[The letter outlines how the federal government is currently “considering” amendments to restrictions on cross-border traffic that “would allow international students to return to Canadian postsecondary education campuses beginning in September 2020”.According to the letter, Immigration Refugees and Citizenship Canada [their equivalent of our Immigration Service] is trying to assess whether post-secondary institutions are ready to accept international students and meet a draft list of federal guidelines for their safe return…

There is absolutely so sign of a similarly pro-active approach being taken in New Zealand. None of the main players – the Immigration Service, the Education Ministry, the Minister’s office or the Education New Zealand agency that’s nominally responsible for international education – appear to be meeting and planning for any revival whatsoever of the sector during the rest of this year.

Nor has there an adequate allocation of funds to kick start the process, and to enable serious planning to be got underway for what the sector might require in future.. The breakdown of that paltry $53.1 million funding mentioned above says as much. Some $20 million of those funds will go to state and state integrated schools to help them provide tuition and pastoral care to their existing foreign student populations for the rest of 2020. Another $10 million of the funds have been set aside to sustain the country’s entire network of private training establishments and language schools until such time as the normal traffic in students can resume. Don’t hold your breath.

As for the rest, a grand total of $10 million has been set aside for future planning in what had been a multi-billion annual industry for this country. As the Beehive announcement put it:

• $10 million to develop new future-focused products and services to drive growth in our system onshore and offshore, to ensure a more resilient sector.

Wow, don’t spend it all at once. To put that dismal figure in proper perspective : the government has set aside a total of $10.2 million for the A.J. Hackett bungee jumping operation in the South Island, to help tide it through until such time as the international tourists return.

Yep. In the wake of the pandemic, the future needs of a multi-billion sector are being treated by government as equivalent to the needs of a single bungee jumping operation. Go figure.

It doesn’t make any sense. In response to the Covid-19 crisis, why is tourism receiving roughly eight times the level of financial support allocated to international education? And why is international education being put into a holding pattern when (a) our relatively safe Covid-19 environment could be such a strong selling point to foreign students and to ,their families and when (b) rivals like Canada and Australia worse afflicted by the virus seem to be further down the planning track for a tentative revival in 2020 – while we focus purely on mothballing the sector on what are little more than survival rations?

Given the future prospects of the sectors in question, the priorities seem to be entirely around the wrong way. By definition, tourism relies on international or domestic travel, and neither are expected to bounce back in any significant fashion for the foreseeable. International education has a far more promising future, even in the short to medium term. It also offers spinoff benefits in socio-cultural diversity and in the forging of positive international linkages. More immediately, the fees could also help our own education system to meet its operational costs during the Covid-19 recession. There should be an urgency in prioritising the international education sector – both by cutting the regulatory red tape and by showing some willingness to underwrite the extra costs involved in safely operating a foreign student influx within a Covid-10 environment. It is an investment, as well as being a ticket clipping exercise.

The issue is not simply to do with safely managing a fresh intake of foreign students and in making adequate preparations for what that will entail in future.. It also involves taking the necessary steps to retain the foreign students that are currently in our midst, and ensuring their proper pastoral care. Reportedly, there are almost 48,000 foreign students currently in New Zealand, a figure that’s down from over 60,000 in March. .

While I’m not an education reporter, it would seem wise to prioritise putting the necessary funds and effort into keeping the foreign students that we already have. To do so would require all the relevant players mentioned earlier – the Minister’s office, the Immigration Service etc etc. – to take steps to remove the current obstacles to retaining the foreign students currently here. That could involve for instance, waiving some of the regulatory requirements. Specifically, it could mean the provision of loans or some other forms of bridging finance. As yet, there appears to be no visible sign of regulatry flexibility when it comes to recognising the economic hurdles facing foreign students here,under Covid-19 conditions. Finally, it is against our own best interests to be operating a virtual sinking lid on the numbers of foreign students currently in New Zealand.

In similar vein in 2018, Jones told people in the Indian community (who were being critical of new and punitive immigration measures) to get on the first plane home. So much for constructive dialogue. Presumably, it has been NZF hostility that has continued to impede any adequate funding (or planning) for the future of international education. That’s assuming the network of education providers here have been capable of lobbying the government in a competent fashion.. The contrasting success of the tourism sector in getting the Beehive’s attention – and with it, great dollops of Covid-19 related funding – would suggest otherwise.

Plainly, the fight for due and proper government support for the international education sector needs to be taken out into the public arena. As always it is the squeaky wheels that get the political care and attention.

Footnote : In the Covid-19 unemployment situation, there may be unfounded fears that foreign students (who have a limited right to work) could take jobs from New Zealanders out of work. There has been little previous sign of such labour force displacement. Evidently, Canada and Australia are not being deterred, even though they might be expected to share similar concerns, if such risks were genuine and significant.. Moreover, if fears of worker displacement were soundly based, surely one would have expected that the coalition government would be taking steps to curtail or suspend the working holiday schemes that New Zealand still shares with a range of overseas countries.

Once the borders begin to re-open, these working holiday schemes will presumably be allowed to resume – no matter how long our dole queues may be at the time. So why should we be worried about the phantom threat of fee-paying foreign students taking Kiwi jobs, if we are willing to welcome holidaying foreigners onto the same job market? In reality, neither group are a problem. Instead, there is every sign that casual labour will still be in demand in many parts of the country, throughout 2021 and beyond.