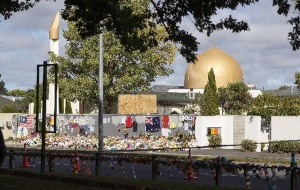 Can’t recall the author – Oscar Wilde?- but during the Victorian era there was a popular short story about a Moghul emperor who spent years building and re-building a shrine to his dead beloved, only to find that her coffin became an irritating design flaw in the architectural wonder he had created. With a sigh, the emperor ordered the coffin removed from the premises. The process had ended up defeating the original purpose. Much the same seems to have happened with the Royal Commission of Inquiry into the Christchurch mosque attacks.

So far, the deadline for delivery of the Commission’s final report has been delayed from December 2019 until 30 April this year until 30 June until July 31 – before the deadline was shifted once again to November 26, 2020. Meanwhile, the prosecution of Brenton Tarrant will conclude this week after the reading of all the victim statements and the passing of sentence.

Attention will then shift back to the Royal Commission, which was originally set up for the benefit of the survivors, the victims’ immediate families and the wider public. After the worst criminal atrocity in New Zealand’s history, the country needed to know whether the key agencies empowered to protect public security ( eg, the Police and the SIS ) had performed to an appropriate standard before, during and immediately after the shooter’s rampage.

From the outset however, the Commission has not seemed to realise that transparency needed to be its default setting – and should not be the residue after all other competing interests had been satisfied. Yet unfortunately, public accountability has taken a backseat to the ‘need’ for secrecy with respect to the Commission’s questioning of its witnesses, and with regard to the operations of the agencies under scrutiny. Too bad if that secrecy had actually contributed to the problems being considered. .

In line with its own procedural preferences, the Commission chose to drop a cone of silence over its entire proceedings. The terms of reference allowed for partial judgements to be issued – presumably in order to keep the public abreast (throughout the repeated delays) as to where the Commission’s thinking might be headed. However, no partial judgements have been made available.

Moreover, there is little likelihood that the public will ever be allowed access to the information the Commission relied on to reach its conclusions. Instead, the Commission has indicated it will observe the grounds for exempting material from public scrutiny, as set out under section 202 of the Security and Intelligence Act 2017.

Alas, these provisions allow for almost anything and everything to be with-held. That’s if for instance, the disclosure of the “sensitive information” in question is deemed ‘likely’ to prejudice us getting any further sensitive information provided by

(i) the Government of any other country or any agency of such a Government; or (ii) any international organisation.

Right. That’s a sweeping veto to put in the hands of foreigners. It would cut across any attempt by the Royal Commission to consider whether the information provided to our security agencies about Islamic terrorism (via say, our membership of the Five Eyes intelligence network) might have caused the SIS to elevate such groups beyond the actual threat they posed to the New Zealand community. The public would presumably be kept in the dark about any discussions between the Commission and the SIS on that point. That would be because the Commission would be limited in what it could reveal publicly – lest such disclosures prove “ likely” to endanger our access to similar (mis) information in future.

Not only have our laws handed foreign governments and organisations an effective over what we can be told about the context for the mosque attacks, but section 202(2) and its subsets also make it illegal to reveal anything not about the operational methods of the SIS. Incredibly, it also precludes any revelations about the sources of information that the SIS might have relied upon, regardless of whether these sources be local or foreign, or are already in the public domain.

It is a hermetically closed system, designed to exclude anyone getting in, or any information getting out. Good luck with the Commission being free to inform the public in any meaningful way about what the SIS did prior to the mosque attacks, and on what grounds. Let alone whether SIS operations were accurately focussed, soundly based and efficiently executed.

Along the way, the needs that drove the creation of the Royal Commission have taken sa back seat to its own procedures. Reportedly :

“Individualised extracts” were sent to 21 relevant state sector agencies and 40 individuals, including current and former state sector employees, before including their responses in the final report….

No -one would want justice to be rushed, but findings delayed to the extent they have been is justice being eroded. Certainly, the pandemic caused some delays and diverted key agencies and individuals from providing their responses in a timely fashion. Yet by its own admission, the Commission would have missed its April deadline, regardless.

What is questionable is the extent to which the operational need for secrecy is being allowed – apparently without pushback from the Commission – to restrict public access to the documents on which the Commission will base its findings. Surely, an atrocity of this magnitude requires transparency to prevail over the desire to protect the normal levels of secrecy-as-usual. In the case of the mosque attacks, the extent of SIS operational secrecy itself (arguably) contributed to the SIS dropping the ball. Meaning : it was the mutual understandings and priority given to combatting Islamic terrorism by our 5 Eyes partners that led the SIS to overlook the actual threat to New Zealand securitu posed by white nationalism.

The evidence contained in the SIS annual reports indicates that this is exactly what happened. In the wake of 9/11, the Iraq invasion and the rise of Islamic State, the SIS treated Islamic terrorism (and its recruiting process) as being its over-riding security concern. By comparison, white nationalism didn’t rate a mention by the SIS until a month before the mosque attacks occurred, and even then it was cited only as a rising threat elsewhere in the world, and not one existent here at home.

To some degree, our membership of Five Eyes misled the SIS, which in turn misled central government and the wider public. For that reason alone, we can hardly claim as essential the secrecy in which the Royal Commission has chosen to wrap itself. The fact that we might jeopardise our access to more of the same kind of fatally inaccurate mis-information in future can hardly be a rational concern.

Such concerns persist, regardless. On the evidence though, the intelligence networks look more like hives of mis-information. They are primarily comprised of largely undigested second and third hand gossip that is then selectively interpreted to fit the foreign policy inclinations of the governments of the day. If we treat these channels as being sacrosanct, we would be virtually ensuring that we will be misled in the same fatal fashion again, in future. .

Oh, I’m sure our membership of the Five Eyes intelligence network is seen in some quarters as being valuable. No doubt, it keeps us up to date with all the latest diplomatic chatter. Sometimes, it could even provide information that enhances our security. If only we had more reason to think the SIS can tell the difference.

Yet if you look back at the past 20 years of SIS mistakes, there is a pattern highly relevant to the Christchurch mosque attacks. Basically, it wasn’t the rise of Islamic State that caused the SIS/GCSB to mistakenly exaggerate the domestic threat posed by Islamic terrorism. The SIS had (a) made exactly the same mistake before and (b) apparently learned nothing from that mistake largely because ( c) the agency was able to hide it behind a veil of operational secrecy. Secrecy can be so useful, in that it allows the SIS to drape its activities in a mystique of expertise.

What I’m really getting at here is that the Christchurch mosque attacks were the second time the SIS had mistakenly diagnosed a local ‘threat’ from Islamic terrorism. From late 2002 until mid 2007 the SIS mistakenly identified the Algerian cleric and refugee Ahmed Zaoui as a threat to our national security, and it clung to doing so long after its errors became evident to anyone who challenged them.

Yet after the SIS allegations against Zaoui finally collapsed under the weight of their own absurdities in mod 2007,, the agency simply reverted to business as usual. Thanks to the veil of operational secrecy the full extent of the agency’s wilful errors were never exposed to salutary public ridicule. Transparency might have led to genuine reform. Instead, the SIS doubled down on the alleged domestic threat from Islamic terrorism, while the legislative steps were taken to reduce the ability to hold ithe SIS to account in the same fashion, ever again.

Has the Royal Commission thought to ask the SIS what the agency learned from its mishandling of the Zaoui case, and what measures it put in place to prevent a repeat? Probably not. On all outward evidence (ie, the contents of the SIS annual reports) the SIS quickly resumed its previous stance. As a dutiful echo of the Five Eyes consensus, it treated Islamic terrorism as its top priority again, as if the Zaoui debacle had never happened. And nothing did seem to happen. Until March 15, 2019.

Footnote: Will the Royal Commission draw the connections between the mistaken emphasis/wilful errors committed by the SIS during the Zaoui case, and the recurrence of the same syndrome in Christchurch? There is no sign that the SIS of 2002-2007 ever mended its ways. Secrecy enforced by law allowed the SIS to escape censure for the mistakes it made over Zaoui, thereby virtually ensuring the agency got blindsided by the attacks in Christchurch. On the second time around of course the pain and suffering was vastly amplified.

Basically, we’ve all had to learn the hard way that much of the content gained by the SIS via its membership of the Five Eyes network is inaccurate, to the point of being a danger to public security. At best, these are very flawed channels of mis-information, Can we really accept the alleged “ need” to preserve them as a valid reason for being kept in the dark about why and how the Royal Commission has arrived at its conclusions? Surely not. Surely transparency is the only way of avoiding (for a third time) another SIS debacle.