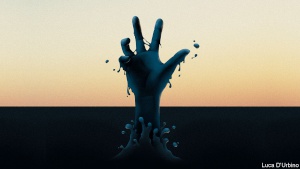 Chances are, climate change won’t kill you overnight, and that’s got to be significant. Yet while we were all in lockdown listening to the birdsong, it was hard to avoid the conclusion that if governments can up-end the economy for an unexpected reason – the coronavirus – surely, we can act just as decisively to counter the known threat that climate changes poses to planetary survival.

Currently, those twin threats from Covid-19 and climate change are converging: on the extent of oil production. Earlier this year, the Covid lockdowns served to create a sudden global oversupply of oil vastly in excess of demand. As a result, oil prices crashed to circa $US16 a barrel at one point. In response, the OPEC cartel cut oil production, and those cuts have pushed the price back up to where it is now, just north of $US40 a barrel. However, those OPEC agreements ran out on July 1st and, like the Coyote in the Roadrunner cartoons, the price of oil is still peddling out into thin air. Not even the Saudis though, can

defy gravity for very much longer.

Try not to cry for Big Oil… but truly, the industry titans have been having a no good, very bad year. ExxonMobil suffered a billion dollar loss in the second quarter of 2020, and the net losses at Chevron in Q2 were much, much worse:

Reportedly, the debt burden carried by the major oil companies is secured by the value of their oil fields, which are steadily losing value. Another key factor weighing against the future of oil has been the steady uptake of electric cars, which will eat into the demand for petrol over the coming decade. New generation hybrids will also become more efficient (battery-wise) and will require less petrol. The uptake of electric cars is already significant. Across Europe, sales of conventional diesel and petrol-fuelled cars fell by 56% during the first half of this year – no doubt reflecting the impact of the Covid recession on decisions to purchase a range of luxury goods. Against this trend, the sales of electric cars sharply increased during the same period:

….The sales of electric vehicles in Europe’s five largest markets (EU-5) increased by 26 percent in the first half of 2020 compared to the same period last year. The number of cars sold increased for all three electrical vehicle segments: fully electric and electrified vehicles, mild, full and plug-in hybrid as well as battery electric vehicles.

All up, bad prospects for Big Oil. Good news for the planet, although it may be coming too late.

The US commentariat has all but anointed California senator Kamala Harris as the running mate that Joe Biden is due to announce this week. (Illinois senator Tammy Duckworth and former UN ambassador Susan Rice seem to be the pundits’ main outsider choices.) Ironically, the high point of Harris’ own run for the Democratic Party nomination last year came (in the first contenders’ debate) when she ripped into… candidate Joe Biden for his past record on issues to do with race. If Harris finally does get the vice -presidential nod from Biden, the obituaries for her 2019 campaign will probably come back to haunt her. Like this one in the Los Angeles Times:

In the end, she lacked a central reason to run, beyond ambition and a notion — expressed by advisors and others close to the senator — that now was her moment, and she should seize it. A core argument for her candidacy or a deep set of convictions would have lent ballast to her campaign. Instead, voters would repeatedly walk away from events enthused about Harris, but wondering what she believed in and stood for. “The problem ultimately was one of rationale and purpose,” said Paul Maslin, a Democratic consultant with a long track record in California politics. “Who was she? Why was she running? I don’t think it was clear.”

Nine months later, the candidate who Democratic voters couldn’t think of a good reason to vote for, may end up only one heartbeat away from the presidency. Once picked, she would become the heir apparent to the 78 year old Biden who, if elected, will not serve a second term. Ultimately, we may all get an opportunity to find out who Kamala Harris is, and what she stands for. The risk is that we may learn this at about the same time that she does.

Footnote Two: The US vice-presidency is a strange job. It is a largely ceremonial post, unless fate suddenly decides otherwise. Vice-president John Garner (aka “Cactus Jack” Garner) once said the job “wasn’t worth a bucket of warm piss.” In fact, Garner is mainly remembered today for that quote, which maybe proves his point. In1944, a sick and dying Franklin D. Roosevelt replaced his left-wing vice-president Henry Wallace with Harry Truman. Sure enough, Truman succeeded to the presidency shortly afterwards. A few months later, Truman authorised the use of the atomic bomb, a decision that Henry Wallace may well have declined to take.

Moving right along… young John Kennedy picked the Congressional master tactician Lyndon Johnson (from Texas) as his deputy, to provide ballast and geographic balance to his ticket. Johnson hated the job. If Kennedy had lived, it seems certain that Johnson would not have been Kennedy’s running mate in 1964. As president though, Johnson used all of his intense lobbying skills to wrangle the votes needed to pass the 1964 Voting Rights Act, the central legislative achievement of the US civil rights era. Left to his own devices, Kennedy would probably not have been able to win passage of this landmark legislation.

Finally… for my money, the most fateful vice-presidential choice was the one made by Abraham Lincoln in 1864. In a futile bid to unite the Republican party and the nation, Lincoln dumped his antislavery deputy Hannibal Hamlin, and replaced him with a southern racist and slave holder called Andrew Johnson. After Lincoln’s assassination, Johnson went on to become arguably the worst President in US history prior to Donald J. Trump. It is impossible to imagine that a President Hamlin would have stood by and presided over the horrifyingly racist excesses of the post-Civil War era of Reconstruction. The US is still suffering from the effects of Lincoln’s mistake.

Plus , Hannibal Hamlin had the coolest name in US political history. His only rival for the title would be Hercules Mulligan, the one-time spy and founder member of the pro-independence Sons of Liberty. History records that Mulligan twice saved the life of George Washington. He was also the BFF of Alexander Hamilton the illustrious Founding Father, economist, losing duellist and future subject of a hit Broadway musical.

For no reason other than general awesomeness, here’s Wye Oak, with “AEIOU”- a track from their recent album No Horizon. Wye Oak are a veteran US indie folk/dream pop duo from Baltimore. In the past, they’ve been musical compatriots of the National and the Decembrists, and have opened shows for both bands. On this track, they’re backed by the Brooklyn Youth Chorus choir. Unfortunately, the video spells out the lyrics that Jenn Wasner is singing. Dreams – and dream pop – should not be made so specific.