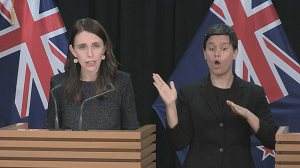 As Melbourne has shown, the webs of urban life overlap so extensively that community transmission can be very hard to trace, let alone control. Each of the family members in the South Auckland family at the centre of the current outbreak will have had their own avenues of potential transmission. The next three days will focus on detecting the source, on testing widely among (a) the family contacts and (b) the community at large – and then isolating those who deliver positive tests, and those within their contact clusters.

A few added factors will make things more difficult this time around. This time, the currently known site of infection is not a particular aged care facility or a known social gathering. Since we have had 102 days without community transmission, the quarantine facilities must be the ultimate source. How and when is the next step. It has to be relatively recent. Given the virulent nature of the virus, it cannot exist for very long undetected within the community.

On the upside, the health authorities have finally ceased their irrational hostility to the public wearing of masks. For months, almost every other country on the planet has embraced the wearing of masks as a helpful brake on transmission. Increasingly, the scientific evidence has confirmed that one reason this virus spreads so readily is because it can be conveyed by aerosols emitted when people (especially in confined spaces) talk, laugh and breathe. It is not necessarily conveyed (as our Health Ministry has stubbornly insisted) by larger droplets that require extended periods of exposure before transmission occurs.

Given the recent acceptance of aerosols as a mode of transmission, masks do not merely offer partial protection to others from infection carried by the mask wearer. They also partially reduce the wearer’s exposure to aerosol transmission. Obviously, if it is true that relatively transient aerosol contact carries at least some potential for transmission, then the task of contact tracing will become that much harder. Yes, being inside in close proximity for an extended period of time does pose a higher risk, but it may not be the only context in which infection can take place.

In all likelihood then, the initial three day lockdown will be a transition phase to something longer, and more rigorous. Rather than generate panic (and widespread panic buying ) by throwing the country into total lockdown overnight, we have been given a short period of time to adjust. Since hosts can be particularly infectious when showing no symptoms, it seems inevitable that the lockdown measures will not only be extended for at least a fortnight come Friday, but will also be ramped up in severity.

What is wrong with the National Party? As the latest link in a chain of self-inflicted disasters, one of its own board members (named Roger) has been caught ringing up talkback radio posing as a caller (named Merv) in order to discredit one of

the party’s own budding candidincreasingly ates for Auckland Central. A party united ? Hardly.

Meanwhile, National leader Judith Collins continues to exude a confidence that looks more and more detached from reality. Arguably, National sacked the wrong person when it got rid of Hamish Walker and retained the walking liability that is Michael Woodhouse. The yarn that Woodhouse had spun about the homeless guy who attached himself to a queue (and thereby scored himself two weeks free food and board in a quarantine hotel) always sounded too pat to be anything else than an urban myth.

So it has proved to be. Yesterday, RNZ debunked Woodhouse’s story for good.The relevant OIA documents explain why Woodhouse, when originally challenged, couldn’t substantiate his claims. There was indeed a ” homeless” guy, but he had actually just flown in from Melbourne and therefore had every right and obligation to be in the quarantine hotel in question.

So… What does Collins do? Nothing. One of the senior members of the National team has been caught out making false claims intended to play upon the public’s concerns, amid the Coviud-19 threat, about their own security. Regardless, Collins has failed to punish Woodhouse, for (a)exploiting public anxiety for cheap political gain (b) wasting officials’ time during a pandemic (c) wasting taxpayer funds in debunking his allegation that a serious security breach had occurred and (d) blowing National’s credibility on anything it says about the pandemic.

The contrast has been quite striking. PM Jacinda Ardern has acted decisively throughout the pandemic, up to and including her actions last night. Collins has flunked a far less difficult challenge. Rather than chastise Woodhouse, she’s chosen to stand by her man, has shifted him to another prominent and equally well paid role, and cast aspersions on the officials who carried out the homeless guy investigation. You have to wonder what it would take for Collins to go beyond a kneejerk attempt at damage limitation.

Footnote : Lest we forget the pattern here… Woodhouse received confidential health data from Michelle Boag, kept silent about it, then chose to mislead the public that Labour had been responsible for the related security breach .He then allowed – or colluded with – then leader Todd Muller in blaming Labour for what Woodhouse must have known to have been an inside job, by a senior National operative. As soon as an official investigation was launched, Woodhouse deleted relevant email evidence from his computer. On top of all this, we now have definitive verification that the ‘homeless guy’ security breach was a false alarm.

Cumulatively, this has been worse than what Walker did. Moreover, Woodhouse is a senior MP (and prospective Cabinet Minister again) who can hardly claim inexperience as a defence. Covering up for him matters. Given the threat posed by the pandemic this election will be about the quality of the leadership on offer, and about who has shown their mettle under fire. This really should be a no-brainer. When faced with an obligation to show leadership, and to set standards to which her caucus must comply, Collins has already flunked the test. She’s just shrugged, and moved on.

Collins was dismissive when asked about the findings of officials looking into the allegation.”Just because the authorities can’t find anything, I wouldn’t worry about that.”

No wonder the sickness within National continues to spread, unchecked.

There’s a good reason why Transparency International rates Lebanon as 137th out of 180 nations when it comes to corruption. Corruption, the watchdog organisation says, “permeates all levels of society…with political parties, parliament and the police perceived as “the most corrupt institutions of the country.” Problem being : sweeping away the elite system of patronage makes for a good rallying cry and is an outlet for anger. Easier said than done, though. Obviously, sweeping change could also unleash waves of sectarian conflict likely to add to Lebanon’s misery.

Yesterday’s resignation of the Lebanese government is barely a start on the road to reform. Already the outgoing PM Hassan Diab – a technocrat in office only since January– is positioning himself as a crusading outsider against the corruption endemic to the political elites. Yet the elites are largely the outcome of past efforts at trying to distribute power and influence between the three main communities ( Christian, Sunni Muslim and Shia Muslim) in a country that contains significant religious and ethnic diversity/ It also – for decades – has had to cope with influxes of refugees from the region’s conflicts.

Elitism is baked into the system. Since 1943, the key positions in Parliament and the armed forces have been distributed among leaders from the various sectarian communities. These forms of power-sharing survived the fierce civil war that raged between 1975 and 1990, although there has been some re-balancing in recognition of the growth of the Muslim population. Seats in Parliament are now shared equally between Christians and Muslims, and the powers of the President (always a Maronite Christian) have been reduced.

In the past, this detailed distribution of power and influence has been rationalised as the best available method of preventing fragmentation and reducing conflict. Today though. it looks more like a patchwork of kickbacks that work mainly to the mutual advantage of the elites clustered around the summit of their respective sectarian pyramids – and with vast patronage networks stretching out below them.

Easy (and fair) to blame the elites for this situation. They are its main beneficiaries. The rise of Hezbollah – initially seen as saviours likely to cleanse the system – was based on them being perceived as honest political outsiders who had (a) driven the Israeli invaders out of southern Lebanon in the 1990s, and who (b) provided a welfare safety net for the needy. Now Hezbollah is seen by many as part of the problem, especially because of their opposition to the pre-Covid street protests waged against the dire condition of the Lebanese economy.

As mentioned, there is genuine potential for an explosion of a different kind, into sectarian violence. Given the current levels of need, there is also potential for the re-emergence oif a neo-colonial dependency on Lebanon’s aid donors, such as France. Yet surely, Lebanon’s identity is no longer that of a beloved European outpost in the Middle East. It can’t find answers in the past. As yet though, there is nothing resembling a consensus on what should replace the old, discredited order.

Footnote: It seems crass to use the Beirut explosion as a metaphor. The toll of dead and injured, the homelessness and the famine threat arising from the destruction of the port silos that were holding so much of Lebanon’s imported grain…all of that suffering deserves to be driving the aid we contribute. Even so, the global condemnation of the Lebanese government for its lack of effective action (to mitigate the risk sitting on the Beirut wharf) has been a bit rich.

How come? Because all around the world, the same governments are being just as corrupt, equally as short sighted and similarly uncaring about the risks posed by climate change. The impacts of global warming will be/are already being deadly, too. Yet by and large, we’re living in denial because the changes required seem too hard. In that sense, we’re all working for the likes of the Beirut port authority.